When investing in early-stage private companies, like Volcon, once the funding round is filled… that’s it.

There’s only a certain amount of room before it’s closed, and at this rate, there’s no telling how long an investment round will last.

Especially after the response, we saw from our BIG reveal event on Tuesday.

Members rushed into The Boardroom to get in on the action, and investments were flowing in too!

The event replay is still up but is set to come down soon –– watch here while you still can.

Volcon is THE DEAL I’ve been on the hunt for all year.

I’ve had a blast with everything leading up to this deal. With all that’s happened with EVs this year, we expect this one to be huge.

Seeing the way so many have chosen to join this opportunity only solidifies our belief that Volcon is the future of EV off-road vehicles.

I’ve put together a quick rundown of Volcon’s first vehicle –– the Grunt, what the press is saying about them, and share what has the EV community hyped on everything Volcon.

Volcon’s flagship product is the Grunt, an all-electric motorcycle. Guys, I have ridden this thing, and it’s so much fun!

The Grunt has some impressive stats: 60 mph top speed, 100-mile range, and zero to sixty in six seconds.

But, what impressed me most was how easy it is to ride. It sits low and has wide wheels making it ride almost like an ATV. 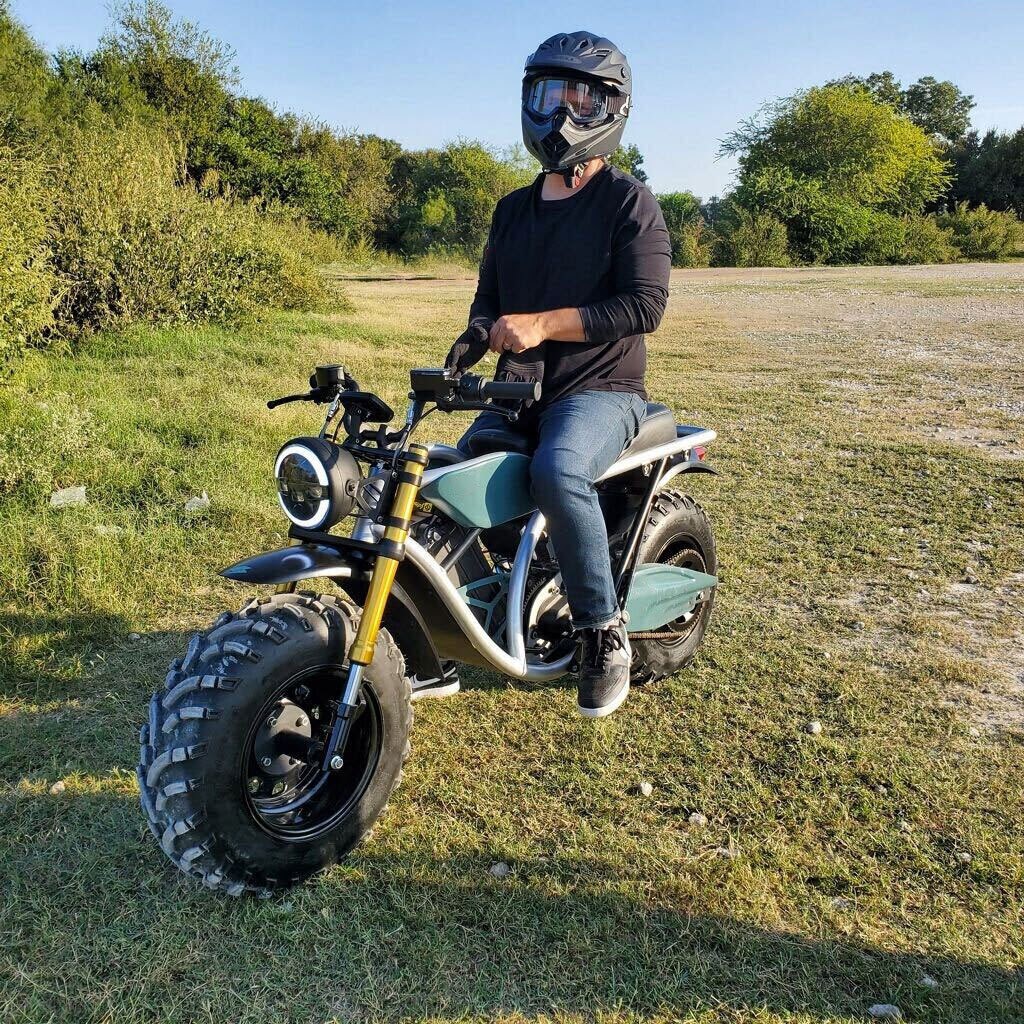 Hunters love that it’s silent, farmers love its pulling power, and anyone looking to get outside and explore will love its 100-mile range.

Here’s the best part — you get all that for around $6,000, which blows the competition out of the water.

Other Products: The Stag, Beast, and Runt

The Stag is a two-seater UTV that manages to balance sportiness with utility. The Beast is a heavy-duty four-seater UTV. These are set to come out shortly after the Grunt, sometime in late 2021.

Also, Volcon plans to release a smaller version of the Grunt called the Runt. This is perfect for kids too small for the big bike.

Volcon In the News

Volcon is making headlines. Sites like Cycle World, Autoblog, and Digital Trends have covered the upcoming release of the much-anticipated Grunt motorcycle.

“That’s why it’s exciting to see a new electric powersports company that’s launching as an almost fully formed business with a product set to be available in just a couple of months. Not only that, but the product being launched isn’t some crazy future-tech thing; it’s a fun-looking and useful object that works with tech we have today.”

Elektrek writes that the Grunt has, “the right specs and price” and that it “walks the walk”.

They go on to say:

“And the icing on the cake appears to be the Volcon Grunt’s pricing, with the Volcon Grunt listed at just $5,995 for a spring 2021 debut. That’s nearly half the price of the lowest-priced Zero electric motorcycle.”

What Customers Are Most Excited About

I’ve heard from a bunch of you guys about Volcon, specifically the Grunt motorcycle. There are a few things everyone seems to get excited about.

The Pie’s Still On the Table

The Boardroom has already put a combined $250,000 into Volcon.

For those of you who missed the live event, watch the replay (until it’s taken down), and if the round is still open…learn how you can invest.

There just isn’t another brand out there like Volcon. The team, the roadmap, the products, it’s all there and all on point. And with all of the buzz around Volcon and the Grunt’s release right around the corner — I believe Volcon is going to grow fast.

You all know the best return potential comes from early investments, and Volcon is right at the beginning. We want everyone to get a piece of this deal before it’s too late. Don’t miss your chance!