To take Angel Investing advice from than…

Yesterday, Jeff Bishop and I had the pleasure of hosting him for a LIVE Q&A session with our members.

Man, did Kevin come with some fire! He was dropping gold nuggets left and right, the entire time.

You see, Kevin just signed an investment deal with mcSquares – a whiteboard system startup The Boardroom invested in earlier this year.

Well, mcSquares just opened their next investment round yesterday…(all the details are posted on our Angel Investing Insider deal flow).

And to kick off this next round, Kevin offered to sit down and open up about angel investing for our members about…

Why Shark Tank is such a powerful platform for startups…

What his favorite business model is for a startup investment…

The future of equity crowdfunding…

And so much more.

The Boardroom landed a deal with the startup mcSquares a while back. Little did we know that a few months later founder Anthony Franco would appear on Shark Tank.

Anthony landed a massive deal with Mr. Wonderful himself, Kevin O’Leary in front of an audience of millions!

Now the next round of funding is here, and The Boardroom is giving another $50,000 in funding — and you too can get in on this deal.

We sat down with Anthony and Kevin for a live interview and Q&A.

Kevin gave us gems of knowledge on his investing strategies as well as a fun and fascinating behind-the-scenes take on the show Shark Tank.

Kevin and Anthony both broke down mcSquares and explained why the company is going to be big.

What you’re about to read gives a glimpse into this exclusive interview. We condensed it down to the best parts for your reading pleasure.

Let’s get right into it.

O’Leary on the Shark Tank Formula

Mr. Wonderful explained why Shark Tank has been such a remarkable platform for launching businesses.

They get the product and entrepreneur in front of tens of millions of people. Once you become a part of the Shark Tank family, the business can sustain. Shark Tank shows updates on the startups, they go into syndication and stay connected to their investors.

The Sharks themselves do everything in their power to acquire customers for the business. Sharks work closely with the founders — building up American jobs and helping people achieve success.

Even in these tough times, companies like mcSquares have thrived. The truth is, the huge social changes caused by COVID-19 have opened up doors for savvy entrepreneurs like Anthony Franco.

While other startups were struggling, mcSquares managed to land a deal with The Boardroom and Shark Tank back-to-back!

We asked Kevin O’Leary what made him invest in mcSquares.

He says it all came down to the company solving a problem. The key to making it on Shark Tank, Kevin says, to be able to explain your product and the problem it solves in less than ninety seconds. Any more — you’re screwed.

A founder needs to show investors the problem they are solving and how they are going to execute on that idea. There are millions of great ideas out there but very few people who can execute them. Anthony brought both of these together and slapped an impressive resume down on the table to boot.

You see, Anthony has already started and exited four companies. That is a rare feat. The Sharks naturally did their due diligence and verified Anthony’s history of success.

How Does a Shark Know When to Bite?

The next thing we asked was how quickly O’Leary knows an entrepreneur is worth betting on. What are the key components he looks for?

Having such a large portfolio of startup investments, Kevin needs to look at how the company fits.

Only if a startup checks all these boxes does he consider investing.

The next step is making sure the entrepreneur fits within the Shark Tank family. The entrepreneur should want to work with the team. After all, the best salesperson for the product or service is the entrepreneur. If there are trust and cooperation, the company has a better chance of success.

The Sharks and the team behind them work hard to make these companies successful.

To be a Mr. Wonderful-backed company, the founder must be able to pivot. The reality is, running a startup is never smooth sailing. Founders constantly find themselves in a position where they need to re-brand, tweak product lines, or change industries altogether.

Anthony has already proven himself an adaptable founder. In a short time, he restructured the company to manufacture all of its products in-house, a huge and risky undertaking. His previous manufacturers were stalling production and giving him constant headaches.

Since the big change, business is booming and Anthony is pulling in insane gross margins on his products.

Over the years, Kevin has invested in over fifty shark tank startups. Some have failed, some have exceeded expectations. But what makes a company or founder stand out?

Again, Kevin looks for something that solves a problem and someone that can execute. More specifically, he looks for a specific business model that you might not expect…

He explains — these are the highest gross margin businesses. These businesses tend to work best with the Shark Tank model and benefit greatly from the exposure the show brings.

He wants an entrepreneur and team that understands Customer Acquisition Costs and knows how to multiply that over time. In other words, if it costs them $4 to acquire a customer, and they make $16 on a sale, all Kevin needs to do is connect the business to his social media team and millions of followers and the business can scale incredibly well.

Why Some of His Investments Fail

So now that we know Kevin’s favorite model for success, what about the startups that don’t make it? What goes wrong along the way?

Once the business starts growing rapidly from the funding and exposure, they just don’t know what to do with it. They have never been there before and lack key execution skills.

Kevin says failures in startups and even mid-sized businesses tend to come in that critical $1-5 million in sales period. This is where the majority of entrepreneurs will need to think on their feet and pivot to maintain growth and stability.

Some people are adaptable and can pull it off — some can’t.

Many people talk about how you can go to school and learn to be an entrepreneur or learn how to be adaptable in business. O’Leary doubts that. He says, “You either have the ability to pivot or you don’t. You are either an entrepreneur or you’re not.”

Kevin doesn’t tell his entrepreneurs what to do. He gives them all of the guidance he can, explains the mistakes he has made, tries to make their path easier, but in the end, it’s up to them to execute.

Any investor that says they make money 100% of the time is lying. Startups fail sometimes and that is a reality of investing in them.

What Does Kevin Think About the JOBS Act and Equity Crowdfunding?

Kevin says that the JOBS Act is a huge opportunity that democratizes angel investing.

In his portfolio, he has bonds, stocks, corporate credits, and so on. But, for full diversification, he wants some startups. Early-stage companies fill the space for high-risk, high-reward investments in your portfolio.

He says that the key to the JOBS Act was that if you only had $100 or so dollars to invest you can still get equity. Now ordinary people have access to the asset class with the highest returns.

Not only this, but he sees this as an opportunity for a startup’s customers to be a part of the journey.

And his favorite part of this — it brings venture capitalists down to earth.

Now companies don’t need to grovel to VCs to get funding.  They can start with their Regulation Crowdfunding round (Reg CF), raising capital and gaining traction, and then move on to Series A and B all within their ecosystem.

In terms of keeping people equal, with Equity Crowdfunding, companies don’t need to let VCs get special preference and special terms. Everyone can get into the deal on the same terms, keeping future rounds of funding simple and honest.

All in all, equity crowdfunding is just incredible for the startup space.

Q – What does mcSquares that makes it special? Why do you think it will succeed?

A – More than anything, people just understand the products. They are simple, innovative, and people want to pick them up and use them.

There is a little secret test that goes on behind the scenes of Shark Tank.

Kevin takes a startup’s products and puts them on the table in the office. People from all over the world come in and out — investors, entrepreneurs, TV people.

When Kevin sees that people are drawn to the products and can’t stop picking them up and asking about them, he knows he has a winner. To him, this little test is as important as anything else when it comes to investing.

With mcSquares products, people were just drawn to them. The products are relatable and effective. Everyone wants to use them.

Q – If everything looks great on a deal, what is the one, non-negotiable thing that will make you say no?

I don’t have to do business with people that can’t tell the truth, and if it’s a blatant lie and we asked you a question and you just weren’t honest — it’s over.

I urge every entrepreneur — when they are negotiating with investors — do not lie. The truth is going to come out one way or another, it always will.

Q – Here is a fun one for Anthony — Why is Kevin getting a better deal than me?

I did a spreadsheet and I calculated the ROI of Kevin O’Leary. For mcSquares, Kevin brings $3-4 million of value to the company. I structured a great deal for our shareholders, I don’t have any shame about that.

When The Markets Move, Focus On This 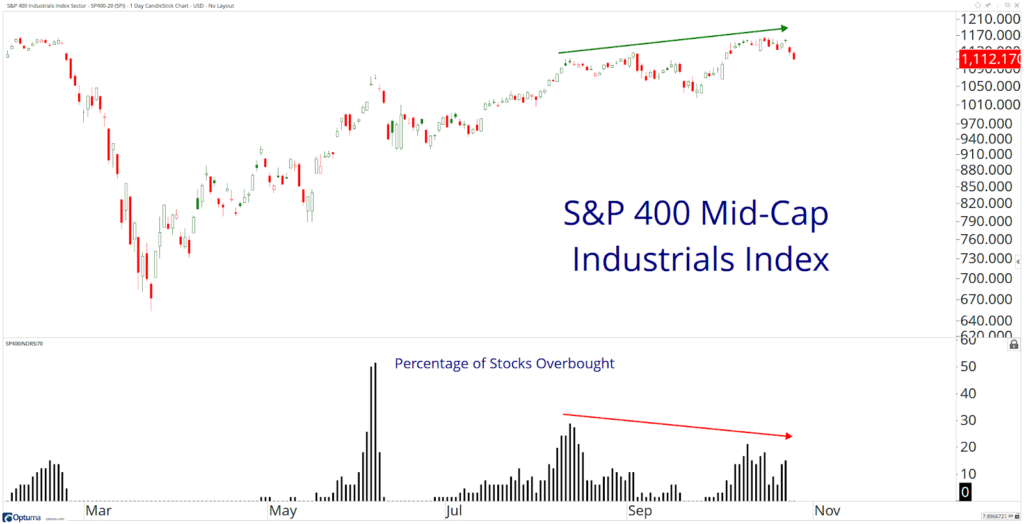 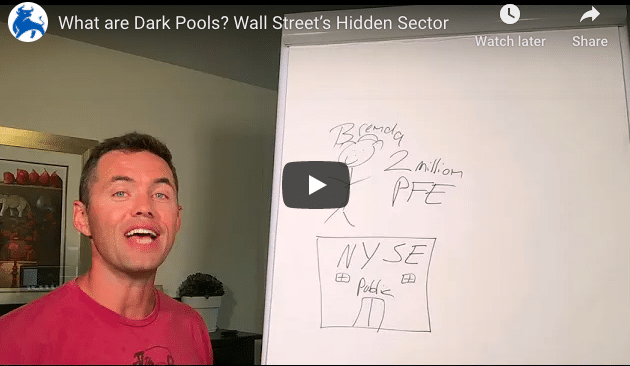 When The Markets Move, Focus On This

No doubt about it, there’s choppy price action in the market —  and traders…
Daily Profit Machine Ben Sturgill October 31st

Dark pools are known for their lack of transparency— so naturally, a lot of…
Biotech Breakouts Kyle Dennis October 31st

Three men walk to a bar. A founder, a consultant, and a politician. What…