Three men walk to a bar. A founder, a consultant, and a politician. What emerges is a lot of bribes, corruption, and jail time.

The market has been weak due to all the uncertainty in the market. However, we should get a clearer picture in the coming days.

Of course, that doesn’t mean I’ll sit on the sidelines and twiddle my thumbs. I’ll actually let the trade ideas come to me via my “insider” activity scanner.

Before I tell you all a little bit about how it works, I think it’s important to get into the mindset of how the “smart money” thinks.

The easiest and best way I know how to do just that is by reading through cases greedy and dirty players in the game. Don’t worry, I won’t bore you with legal jargon.

Instead, I want to shed light on just how wild this market is, and show you how to legally profit off the “smart money”.

Today, I’ve got a story that involves bribes, corruption, and politics… and it’s one that may spook you.

A Tale Of Three Dirty Players That Ends With Jail Time

This duo was convicted for public corruption and bribery. Together they will be serving time in the big house.

But the most shocking part of this scandal is WHO they were bribing.

Starting back in April 2017, Lindberg and Gray started up the nasty habit of greasing palms where independent spending accounts were concerned. They also began to dabble in improper campaign contributions…. Add a wink and a nudge here.

The whole shady plan went into account because Lindberg wanted “official” favoritism where his company GBIG was concerned. Using money to sway the heart of North Carolina’s elected Department of Insurance’s Commissioner.

Lindberg and Gray promised the Commissioner campaign contributions amounting to millions of dollars. And course offered him a few other things of value as well….

What they were willing to pay millions for was to have the Senior Deputy Commissioner, who oversaw Lindberg company GBIG, ousted.

How They Devised A Wild Scheme

The trio met many times in person, even switching up locations. They stayed in constant contact in a variety of ways as they hatched their devious plans.

The hot topic being how to funnel millions into the Commissioner’s campaign ── anonymously.

This proved to be its own feat.

Lindberg had two companies that were set up. Their only purpose was to support the Commissioner’s re-election.

Together the weasels found a way to slip $1.5 million into the Commissioner’s campaign fund.

…. All this simply to get rid of the guy who oversaw Lindberg’s company’s regulation and looked into it from time to time.

It did not take long for the FBI to begin sniffing around.

By August 2018, not too long before the 2018 election, the FBI paid North Carolina’s political party chair Robert C. Hayes a visit.

It would be revealed that the Chairman was chairing something else besides his party.

During his interview with the FBI, it came out that he was the wind beneath the trio’s wings.

Now Hayes did not willingly confess this at his own free will.

He got caught neck-deep in lies with the FBI. It led to him confessing EVERYTHING.

When the truth came out, another tidbit came forth with it.

Hayes, at Lindberg and Gray’s direction, moved $250K. Money that Lindberg had previously contributed to the North Carolina party, he chaired. Money that Hayes moved right on over to the Commissioner.

This juicy pack of lies landed old Hayes (old being the right word for the 74-year-old) in his own mess of charges.

But his sentencing would be nothing when compared to Lindberg and Gray.

After all, it would be this duo who would be caught by the FBI referring to their devious plan of bribery and politics as a “win-win.”

Lindberg and Gray were found guilty by a federal jury for bribery and conspiracy to commit honest services wire fraud.

And now coming to you this summer, their sentencing.

70-year-old consultant Gray was sentenced to 30 months in prison.

Lindberg being the young gun, in this case, a mere 50 years old, was sentenced to over 7 years behind bars.

The FBI special agent in charge of the case made a strong statement.

Saying “The FBI will root out any and all forms of public corruption. We remain committed to ensuring those who attempt to interfere with the integrity of our democratic process pay the price.”

Now, if you think politics is the only area where there are dirty players… then you’re mistaken.

I notice wild bets being thrown down in the options market every trading day… long-shot bets that seem as if they’re destined to lose money.

The amount of money being poured into these trades signal to me someone must know something I don’t.

If you looked at the big board yesterday, you would have noticed most stocks took a beating. 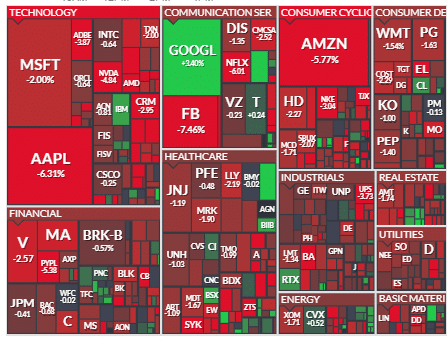 However, there was one that bucked the trend…

Clearly there must have been news…on a day where the market got clobbered.

However, I know why it was relatively strong today…

It had to do with some big money options being thrown at it.

They dropped $52K on this bet.

Why am I calling it a bet…

Because these are out-the-money options.

Allow me to explain.

That means this trader needs to see the stock rise by 11.6% by the expiration date…

Obscure stocks like this rarely see options activity their way.

And oftentimes, news follows after.

Now, I’m not saying it will, but keep an eye on this one.

I’m hosting a training session that explains how you can profit off “insider moves” like this one.

And before you even go there…

Yes, it can work in this current volatile market.

Allow me to show you how to legally steal the “smart money’s” best trade ideas, and how to trade with a unique edge.