Buy The Dip, Or Sell The Rip?

Woah! What a massive rip in the market this morning. All major market indices were up more than 4%, with the Russell 2000 spiking by 6% earlier.

Does this rally continue or do stocks get stuffed at these levels?

Who knows right now, there are still a lot of catalysts on the table… and we still don’t know the true economic impact of COVID-19. But what if I told you that you don’t necessarily need to be right on the overall market direction?

Sound too good to be true?

Well, it’s not because I’ve been able to find hidden pockets of opportunities in this crazy market environment. That’s how I was able to lock in $477K trading in March!

Today, I want to show you why it’s not necessary to pick the direction of the S&P 500 to make money in the market.

[Revealed] How I Locked In $477K In March, Without Being Right On The Market Direction

If you know anything about stocks, they don’t necessarily move in tandem with the Dow, S&P 500, Nasdaq, or even the Russell 2000. You see, there are plays that are not correlated with the overall direction of the market.

That’s exactly how I’ve been having my best monthly performance in March, ever. So how have I been doing that?

Well, first, I don’t discriminate when it comes to making money. In other words, I have multiple profit buckets — money-making strategies.

For example, my Dollar Ace strategy has been finding some monster winners. Check out what was on my watchlist on Thursday. 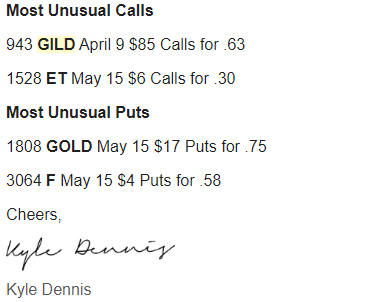 Someone came in and purchased 943 GILD April 9 $85 calls for $0.63. At the time, Gilead Sciences (GILD) was trading in the mid $70s. What that signaled to me as someone with financial backing was expecting a large move in GILD. 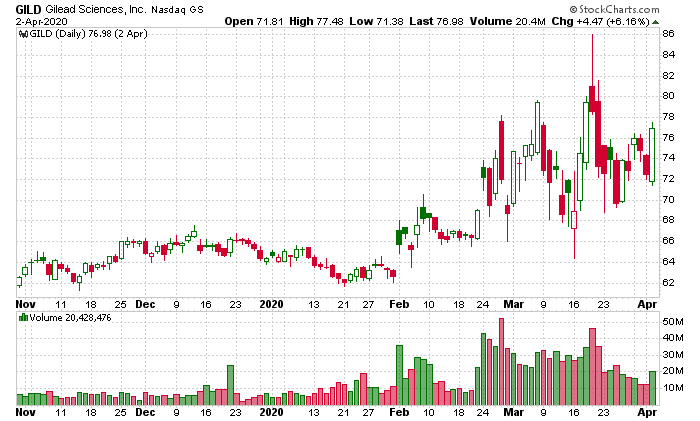 So what did I decide to do?

Here’s what I sent out in an email alert to my clients:

I bought 25 GILD April 3 $75 Calls at .80 as an idea from the Watch List. I’ll likely be out of these today or tomorrow since they also expire Friday.

Of course, I figured a move to $85 would’ve been wild in about a week’s time. So what did I decide to do?

I actually purchase slightly out-of-the-money calls in GILD because there was a higher probability GILD could pop to $75 (and even break above it).

Well, guess what happened shortly after that alert?

GILD spiked and I locked in a 60% profit! Here’s a look at the timing of the alerts! 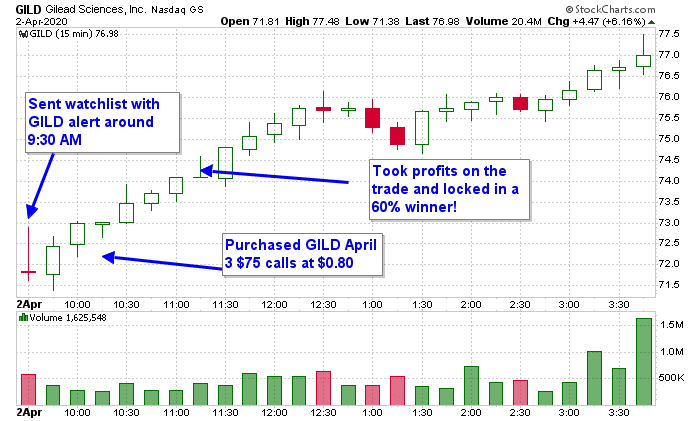 Of course, I even spotted the drop in Luckin Coffee (LK) BEFORE the move happened… and you can find out exactly how I uncovered that trade idea here. 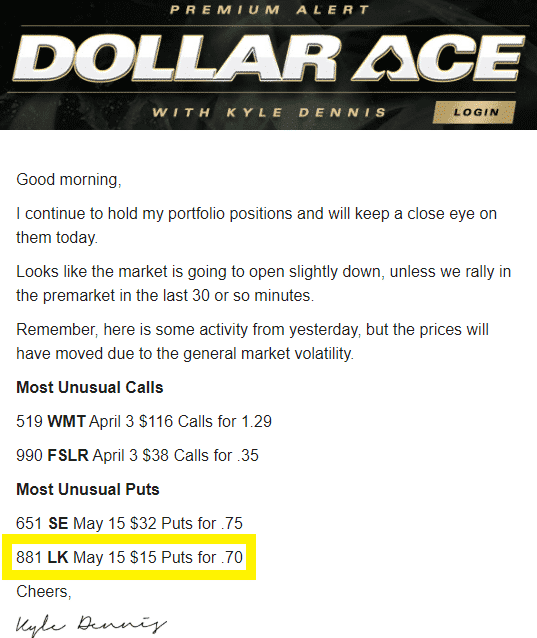 Now, this isn’t the only way I’ve been making money in this market environment. In fact, I’ve unlocked a hidden bull market and figured out how to find stocks set to explode higher. Right now, I believe there are some sectors set to outperform the overall market — ones that I’m highly confident I can take advantage of.

In order to help as many traders out there in these trying times, I’m hosting a special training session to address The State of the Market, and show you exactly how I was able to lock in nearly $500K trading in March.

You don’t want to miss this! 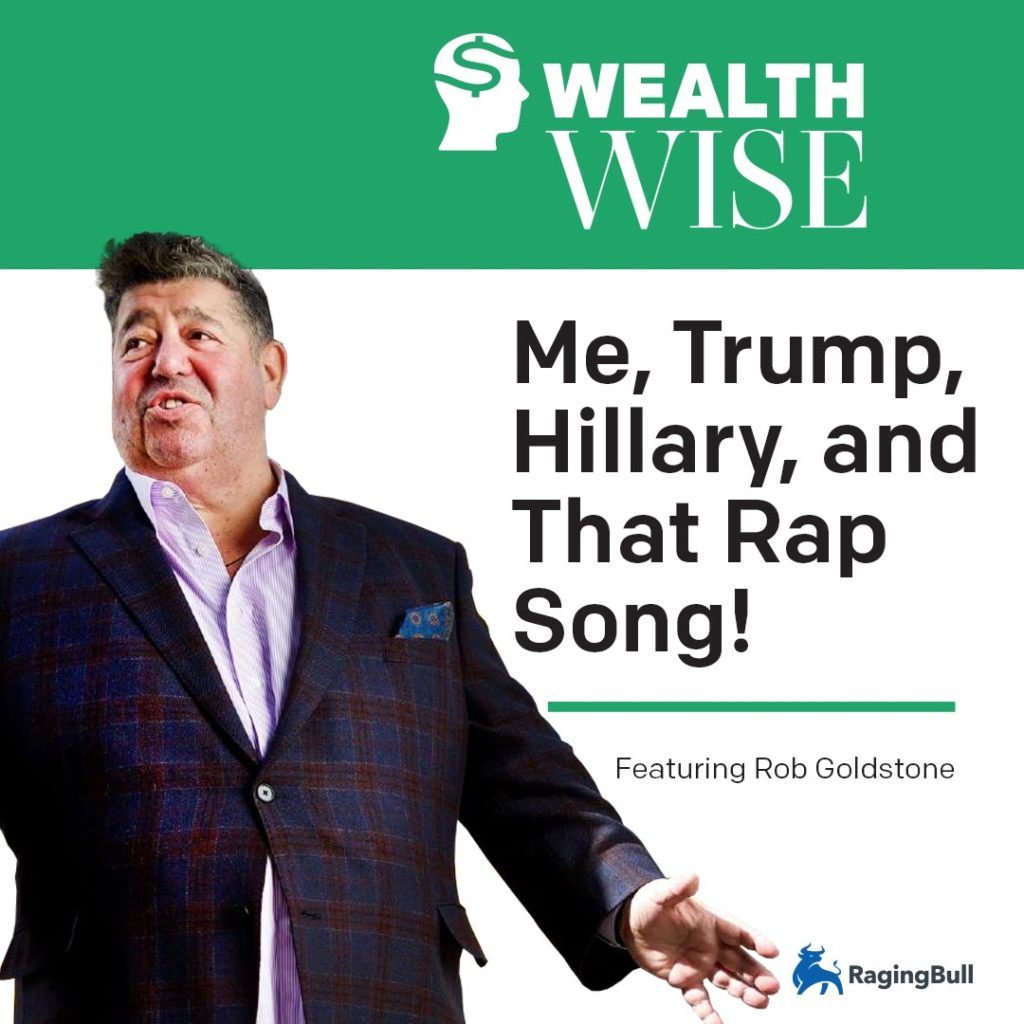