Shares of Valeant Pharmaceuticals (NYSE: VRX) were down over 6% today, which was due to reports that surfaced today, indicating that the company was having a hard time selling its iNova subsidiary. It seems like the company can’t catch a break here.

Bids for Valeant’s iNova Come in Below Expectations

Valeant Pharmaceuticals may be weighing some options for iNova, VRX’s Australian subsidiary. According to a report issued by The Australian, three final bids for iNova over the past week may have been below what Valeant’s expectations. Now, the report noted that offers for iNova from two trade buyers and a private equity consortium came in at approximately $900M, which was below the over $1B offer expectations placed on the business.

Yet again, this could potentially be worse news for shareholders. Valeant has been trying to pay down its own debt, after former Valeant CEO took on a lot of debt. So far, the company has just paid just over $2B of its debt. 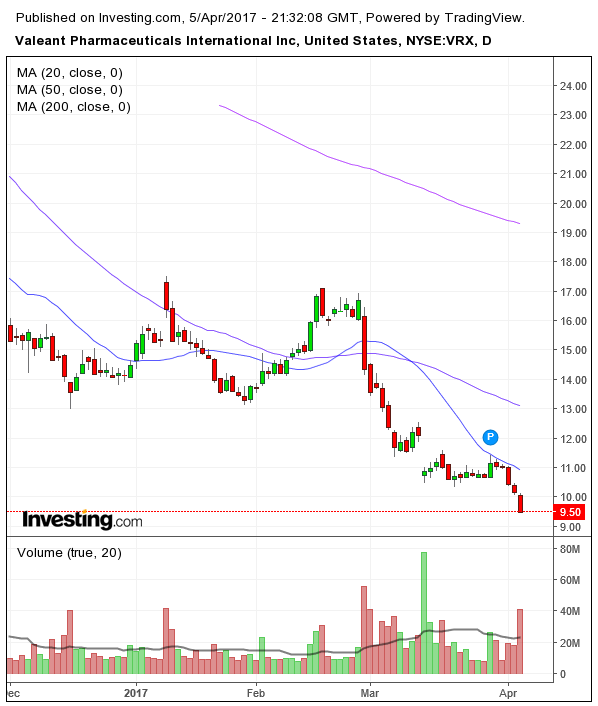 Moving on, let’s take a look at VRX’s valuation ratios.

Valeant Pharmaceuticals just received some potential bad news again, after a report stating bids for its Australian subsidiary iNova came in at below $1B. However, the company is trading at attractive valuations, compared to some of its peers.