Today we’ve got big news out of the Bezos’ (think MacKenzie, not Jeff) camp and a huge merger in the payments space. Thanks alot, Square.

Enjoy the next 4 minutes and 15 seconds.

Jeffrey and the Terrible, Horrible, No Good, Very Bad Day

Being the richest motherf*cker on earth isn’t all slow-motion montage walking and popping bottles. Apparently, it comes with a lot of hard work and even some really, really crappy days. Days like yesterday for Jeff Bezos.

First, news broke that MacKenzie Bezos, Jeff’s ex-wife, and the world’s 22nd richest person would donate at least half of her $36.6B net worth as part of the Giving Pledge, an initiative founded by Bill and Melinda Gates and the Oracle of Omaha. For what it’s worth, Jeffrey Commerce has not signed on to give up any of his $114B fortune to the Pledge. Shots fired.

You might remember that Jeff and MacKenzie just went through arguably the most amicable divorce of all time. Jeff’s wife of 25 years not only let the Amazon overlord retain 75% of the couple’s AMZN shares but allowed the e-commerce magnate to maintain voting rights for all of the shares.

Jeff applauded Ms. Bezos decision to give up tens of billions of dollars to make the world a better place … and then promptly went back to underpaying his warehouse employees.

What’s the only thing worse than seeing your ex rubbing elbows with Warren Buffett and living her best life? That’s right, waking up to a LinkedIn update that one of your former underlings has taken a CTO role at your biggest rival.

Suresh Kumar who spent 15 years at Amazon prior to shorter stints at Microsoft and, most recently, Google is set to become the Chief Technology Officer at Walmart in July. He will replace Jeremy King who recently bolted for Pinterest.

Kumar joins the company at a time when Wally World faces an existential crisis (read: Amazon). It’s already made moves to disrupt itself via e-comm acquisitions, adding grocery delivery options and ramping up its digital ad revs. Still, online sales accounted for just $15.7B of $500B total revenue in 2018.

Global Payments and Total System Services (or Tsys if you’re in the know) are teaming up as part of an all-stock merger worth $21.5B … presumably aimed at defeating Square and us pesky millennials. But more on that later.

Tsys shareholders will receive just shy of one (0.8101) Global Payments’ share for each Tsys stock. That equates to a 5.7% premium on Tsys’s Friday close. The deal is expected to be final by Q4.

Global Payments says the deal will help expand its e-commerce presence and grow its market share. The combination of the two payment giants will allow the new entity to provide integrated services across issuing, merchant, and consumer segments with a combined portfolio of 3.5M merchants and more than 1.3k financial institutions. Save some for the rest of us.

The companies merger is the latest in a year chock full of payment provider M&A activity. Earlier this year, Fiserv bought First Data in a deal worth $22B, while Fidelity Information Services purchased Worldpay in a cash and stock deal worth $35B back in March.

Why all the dealmaking?

Bottom line: “How does it feel to be beat by a dude with a nose ring?” – Jeff

According to sources, Citigroup utilized the preferred birth control method of every Chad and Becky at Figawi this past weekend: Citi pulled out of negotiations with Apple to create the Apple Card over fears that the deal wouldn’t be particularly lucrative.

Other banks including JPMorgan, Barclays, and Synchrony bid on the chance to lose boatloads of money as well.

How bad was the deal?

Bad enough for “big bank” (so not Deutsche) employee to text a Goldmanite “Dude, if that portfolio ever makes money, I’m buying you a beer.” No, we didn’t make that up.

Why is it such a bad deal?

Put simply: because this card is meant to be pro-consumer *banks gasp audibly*. Features like zero fees, software that encourages users to pay down debt quickly, and potentially, even lower interest rates don’t exactly scream “$$$” for banks.

Here’s the thing: banks make money when you pay interest. In fact, Americans paid $113B in credit card interest last year. So a card that promotes paying down debt isn’t exactly playing nice in the financial sector sandbox.

So why does it make sense for Goldman?

Goldman, via its Marcus platform, is attempting to break into the consumer market where Citi and Barclays already have a strong foothold. And a partnership with a brand like Apple will certainly help increase GS’ street cred.

Plus Goldman will be willing to eat sh*t for a while in hopes of onboarding customers to its retail platform.

Bottom line: “And you thought people with a Chase Sapphire Reserve acted like elitist d-bags. You ain’t seen nothing yet.” – Jeff 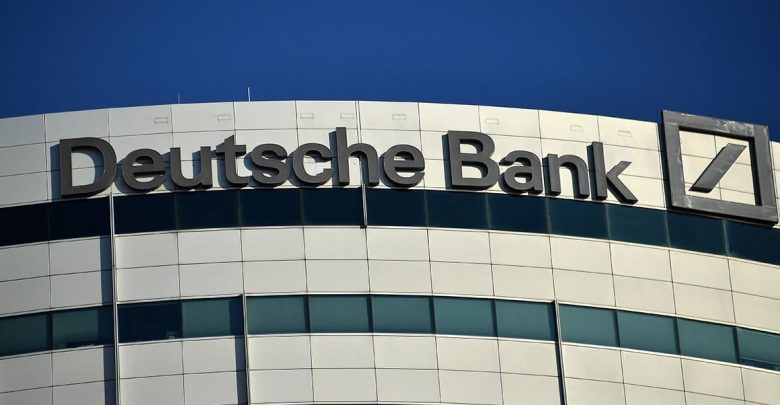