There is no shortage of garbage and garbage people in this world.

The kinds of people that will do anything to get their way— even if it means cheating the honest, hard-working type out of millions.

Well, to be frank, it’s easier to get away with this deception when they can just disguise their enormous block trades in the dark pools.

As ordinary retail traders, we barely stand a chance— unless we can find a way to track their dark pool trading activity and level the playing field.

I did it just yesterday, in fact, when I captured average gains of 150% on FIZZ,* after seeing unusually high institutional trading volume in it.

I’ll take any opportunity I can get to level the playing field with these shady players full of lies and deception.

To give you an example, I just dug up a story about a dynamic duo that might as well have worked in corner offices on Wall Street.

It’s worthy of its own Netflix Original— especially when you add in the SEC’s review of the company they ran, calling it “a modern-day Rumpelstiltskin.”

Hide your firstborn and get ready to read on.

Kevin Kuhnash and Jason Jimerson are the former CEO and COO of a plastics manufacturing plant called Lucent Polymers Inc in Indiana.

These 2 executives had a plan. They were going to sell the company.

….. And with it their hearty stake in the company.

But there was a catch… and isn’t there always?… The core business model of Lucent was centered on was a total sham.

Just like the disturbing fairy tale Lucent’s claim to fame was its ability to transform “garbage into gold.”

No, not literal gold like the Brothers Grimm’s fable. Lucent could take cheap recyclable, scrap material, and morph it into the fanciest of plastics…

Plastics that would meet the high standards on strength and flame resistance.

The company’s method of using the cheapest so-called trash to make high-quality plastics was unmatched.

It allowed the company to sell its products at cheaper prices than its competitors— or as Lucent claimed, “slay the market leaders… at will.”

From 2007 to 2013, the company’s revenue virtually doubled. The company had struck gold with its “garbage to gold” marketing.

Along with its sudden commercial boost in popularity, investors’ interest was heightened as well.

In September 2013, Lucent’s CEO and COO began courting buyers with the intensity of a woman feeling her internal clock ticking.

Lucent’s “Gold” Had Everyone So Fooled, the Company Sold Twice

The ugly truth about Lucent was it really was garbage… It could not even pass its own damn performance tests.

Its so-called flame-resistant products were laughable. They easily caught fire or flat out melted.

But rather than mustering up the courage to make a better product they simply lied about their test results. They got into the nasty habit of touting these bogus test results to everyone.

It allowed everybody to believe Lucent’s products were up to snuff.

So, when the courting began, CEO Kevin and COO Jason were fully aware that Lucent’s claim to fame was bull. They also knew that the company’s own Technical Director was plagued by the “dishonesty” of what was going on. After all, it was the T. Director’s plastic formula that was being lied about.

Despite knowing about their company’s shortcomings, the duo never came clean to the buyers they were wooing. Neither did they try to delay their plan to sell to fix the company’s product.

Instead, they kept right on keeping on.

They hid the company’s crappy product. They lied to potential investors. They supplied auditors with stacks of fake data. And they gave presentations that had more in common with The House of Mouse than what was really happening behind closed doors.

All while, it still allowed Lucent to con third-party inspectors assessing their products and supplying false product info to consumers.

The messed-up part is the duo’s scheme worked!

It worked so well they sold Lucent twice!

In December 2013, another plastic company bought Lucent. It allowed the executive duo to cash in on a good part of their stake in the company. In total, they reaped over a half a million-selling sh*t.

Most scumbags would stop at a half a million-dollar payday. But not these two and they had two big reasons to keep going.

A chuck of those funds was held in escrow. If the truth surfaced, they would be kissing that money goodbye. Then there was the small matter of the rest of their equity now in the company that bought Lucent.

Before Lucent’s first sell went through, they already striving for sale #2… a sale that the duo would refer to the “next liquidating event.”

This scheme was to get a publicly traded company on the hook.

By June 2015, the duo’s dreams had come true. Finally selling their “garbage to gold” company AND its 2013 owner to a competitor that was publicly traded.

This time the CEO and COO sold the rest of their equity and walked away millionaires.

Not So Fast, Even This Dynamic Duo Can’t Get Away Scott Free

But it did not take long for the big guns to find out something was up. Despite the duo hiding their involvement, the company sued them.

The former CEO threw himself at the mercy of his 5th amendment right. His buddy instead took the other route… and lied under oath route about his involvement.

In 2019, SEC took on the duo like Daenerys Targaryen freeing the Unsullied, striking down the former CEO and COO with fraud charges.

Now over a year later, they are succumbing to the SEC’s wrath. Bowing down and finally pleading guilty to securities fraud and money laundering.

40% of trading volume happens in the dark pools, and it allows fraudsters to make nasty power moves behind our backs.

We pick up on their activity though, by tracking their trading volume in the dark pools.

Check out my latest video that explains more… 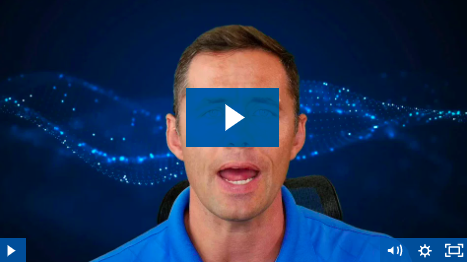