Well, we kicked off September with the volatility that many expected… due to trade war pressures… again. China’s Xi urged the country to prepare for a long-term struggle.

Yields are still sliding, the dollar dropped, and oil is taking some damage – all thanks to the trade war. There are just so many risks out there right now… and with all this back and forth action, it’s getting a lot tougher for a lot of traders to make money.

In times like these, many are looking for safe-haven assets to pad their accounts so they can benefit even if the market cracks.

The typical safe-havens are gold, silver, and bonds. Traders can trade these assets with exchange-traded funds like GLD, SLV, and TLT… but the thing is, there might be a better way to “hedge” your account (more on that later).

When I look for potential trades, the first thing I want to check out is how the overall market is doing – all I have to do is pull up the SPDR S&P 500 ETF (SPY). 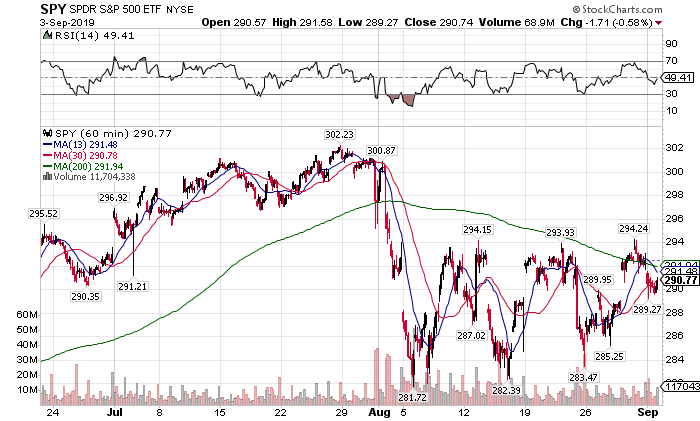 You can clearly see the market is in no-man’s land, just bouncing around all over the place with no clear trend.

The clear resistance level is at $294… and we’ve got support around $282… until we see a move above or below those levels, this market looks like it’ll be range-bound.

For those who want to pad their portfolios, they typically look to GLD… and it’s quite clear there has been a lot of money flowing into the yellow precious metal. 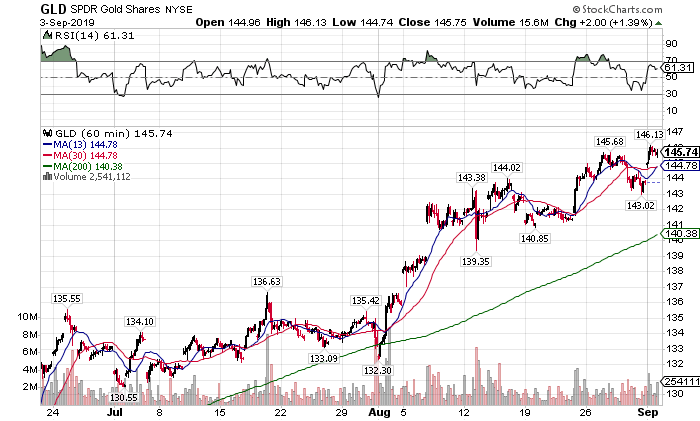 GLD has been on a straight tear… and it’s at 6-year highs. But the thing that many have on their minds is whether gold prices will pull back from these levels… after all, the smart money has probably been in gold for months now, and they could take profits.

It’s a similar story with SLV (the silver-tracking ETF). 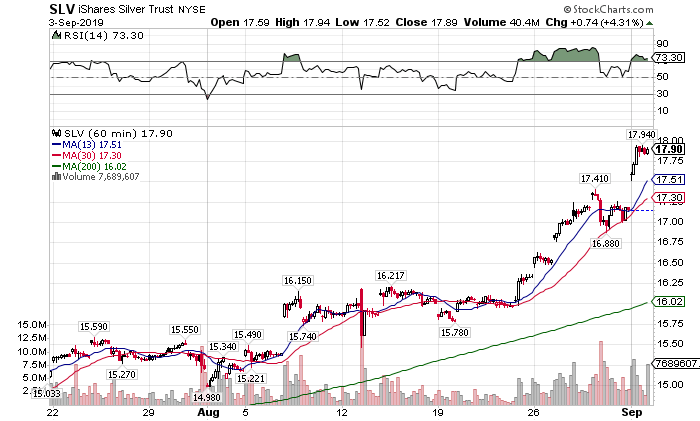 Check out the daily chart in TLT (the long-term bond ETF) over the year. 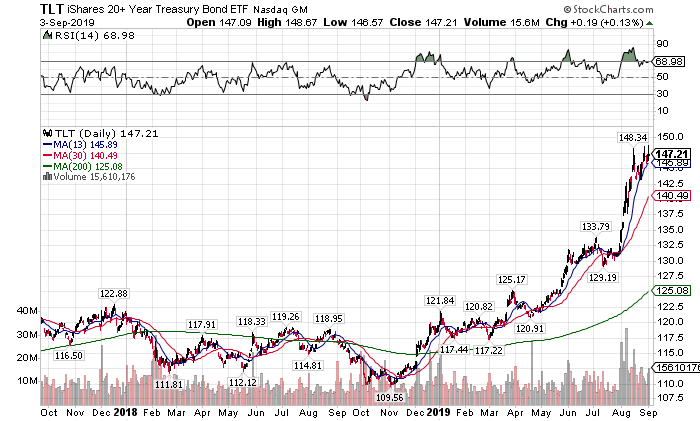 TLT is already up 24.08% year to date… and when you look at all these assets, you can clearly see traders and investors are preparing for the worst.

Generally, when these ETFs trade higher… it’s because people are fearful and expect a lot of volatility… and a potential market crash. So they flock to their little safe-haven islands to protect their cash.

But the thing is… if you’ve just started to think about a potential crash now, you’re in a bad position because you would have to chase these ETFs.

However, there is actually a solution to this problem…

I know, I know… I’m the macro and options guy… but hear me out on this idea.

I noticed Jeff Williams was crushing it in his small account challenge (he started in mid-June)… and just 2 months into it… he turned his $3,000 account into $17,657. 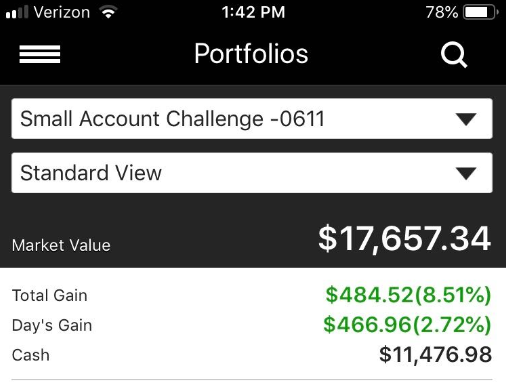 He primarily trades penny stocks… so if you think about it… it makes a lot of sense how he did so well when the market was volatile.

You see, traders don’t only look to GLD, SLV, and TLT to pad their accounts… many also look to penny stocks to make money when the market can’t find a clear direction.

Jeff Williams has come up with a new strategy that he thinks could perform better than ever… that’s right, turning $3,000 into $17,657 in just two months wasn’t enough for him.

My good buddy Jason Bond is actually so interested that he will interview him LIVE Tomorrow at 8:30 PM EST.

In this rare all-access interview, Jeff Williams will show you how to find some of Wall Street’s top gainers AHEAD of time and how this strategy not only saves you time… but makes you money, fast.

I’m hearing that we’re approaching our attendance limit… and we might be forced to take this page down very soon… so don’t put this off until later because you might get locked out.