Today I’m going to talk to you about an indicator that when applied correctly— it can improve your timing on entries and exits dramatically. And at the end of the day—your profitability.

This oscillator is the Relative Strength Index indicator, or better known as the RSI indicator.

In this post, we will cover how the RSI times the markets and I’ll introduce you to two strategies based around the indicator.

The RSI indicator was originally developed by J. Welles Wilder Jr. and introduced in his book, New Concepts in Technical Trading Systems, written in 1987.

For all of you junkies out there let’s take a look at how this is calculated.

Pro Tip: The default setting for RSI is a 14 period but I use a 2 period for quicker signals intraday

For this example, we are going to assume the RSI is a 14 period.

For example, imagine the market closed higher seven out of the past 14 days with an average gain of 1%. The remaining seven days all closed lower with an average loss of -0.8%. The calculation for the first part of the RSI would look like the following expanded calculation:

Now that we know the relative strength index formula let’s analyze how to use this powerful indicator.

Most traders use the relative strength index by buying when the index simply drops below 30 or selling when it hits 70.

And that is what you don’t want to do!

I’m not saying it doesn’t work… it’s just not the way to find the best trades.

The RSI provides several signals to traders. In this next section, we will review two powerful trade setups using this indicator.

The RSI is far more than just a signal to buy and sell stocks. It’s also a stock’s health meter to gauge the strength of a trend.

So how do we do this?

By understanding what the overbought and oversold lines indicate.

When a stock is said to be overbought, it will have a reading of over 70 on the RSI indicator.

And when a stock is said to be oversold, it will have a reading of below a 30 on the RSI indicator.

What’s it mean when the indicator is in between these key levels?

That the stock is in a strong trend and has not achieved overbought levels.

Let’s take a look at the SPY’s and see how that looks. 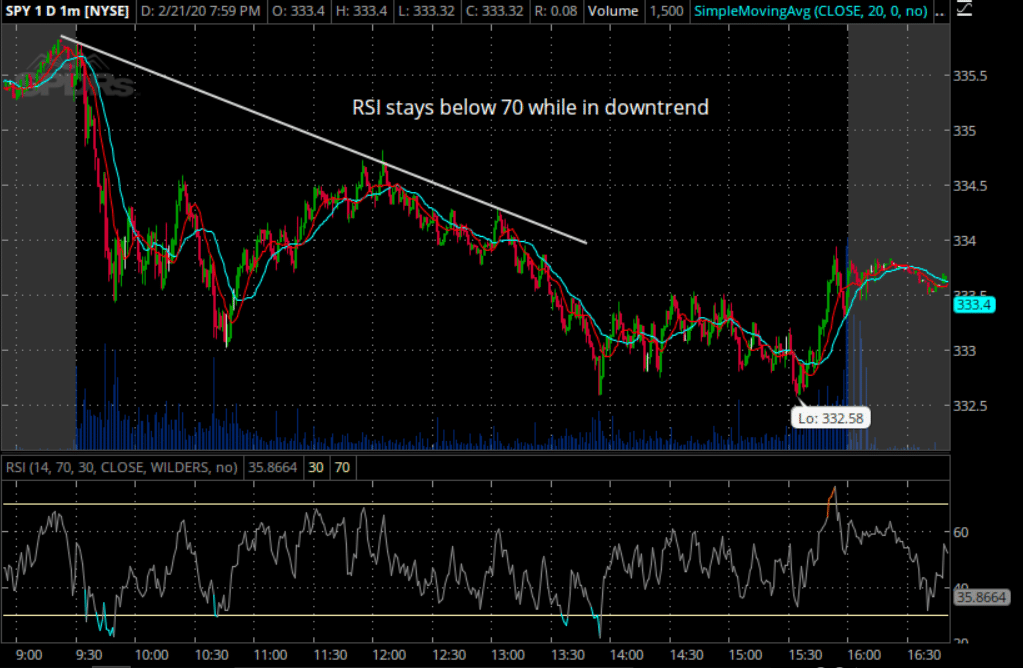 The SPY’s showed weakness and a strong trend with no values seen over 70 throughout the majority of the trading day.

The next strategy is the RSI divergence setup. This strategy is a key way to place counter-trend trades as a stock sells off.

Let’s take a look at how to trade against the primary trend using a divergence signal. 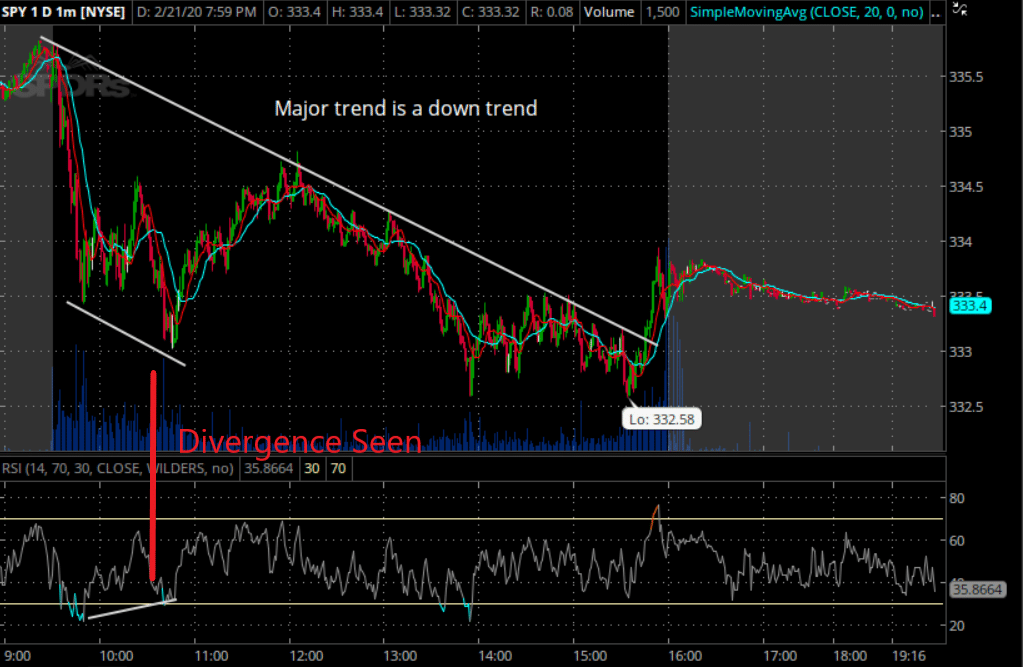 In this chart you can see the major trend is to the downside and the RSI supports this from never seeing values over 70 throughout the entire day.

But what if you missed the trade and wanted to trade against the trend?

Well that is where a strategy called RSI Divergence will help.

This strategy breaks down into 2 key parts:

What this means is that there is weakness seen in the stock price, but the underlying RSI is actually showing a bullish trend.

Let’s take a look at how this signaled a short in the SPY’s in the premarket for massive gains on our puts.

This is where we saw a trend continuation signal in the pre-market and quickly picked up put options on the SPY’s at the open.

Let’s break down this trade further.

First, Throughout the pre-market session, I noticed the SPY’s were making new highs but the RSI failed to signal that this was overbought. 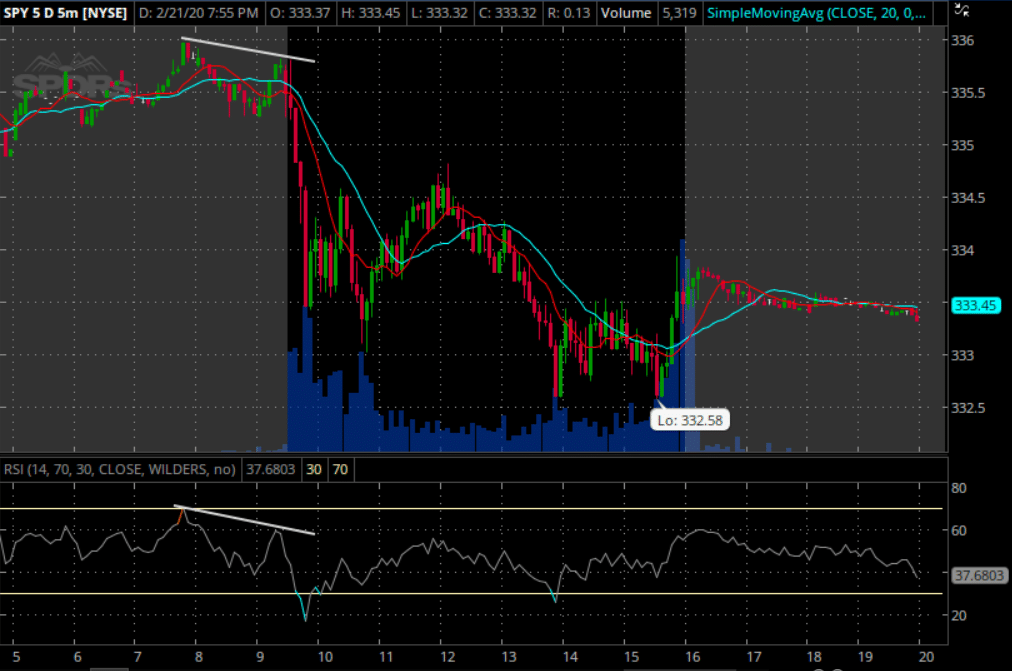 Here is a picture of the SPY chart I used to make this decision.

So… after carefully looking over all three bearish signals, it was then where I decided to trade put options on the stock.

Remember, there is no single “holy grail” indicator or strategy you can utilize in your trading.

Instead, it’s best to understand how technical analysis can help with your decision making and give you a better entry price with your trades.

And if you were able to quickly identify the RSI continuation pattern you could have made huge profits trading the markets short on Friday too!

Want to learn more about winning strategies and trading patterns that consistently make money in the market? Who doesn’t… right? Well, here’s your chance to learn two of the best.