But what people don’t know is that I’ve made it my mission to become an expert teacher of angel investing, as well.

In fact, much of my wealth from the past few years has come from private market.

What I’ve learned is that investing in startups and trading stocks isn’t that different.

Both require a plan, and a strategy. Without any edge, you’re doomed to fail.

With startup deals, there is a lot more due diligence involved.

To give you an idea, I want to introduce you to a new series that we’re working on called Startup Spotlight.

The series is all about studying successful startups, and trying to identify their winning patterns.

What’s our first startup in the spotlight?

We’re sticking with our holiday theme of subscription product companies, and I’m zooming in on a little ol’ startup called BarkBox.

These days, business has never been more creative.

And that creativity is a necessity. To break through the noise, businesses have to think outside the box and connect with their customers.

Perhaps no business category does this better than subscription product companies, which live and die by the reputations of their brands. Nowadays, any product you can possibly think of can be sent directly to your doorstep, all nicely packaged in uniquely branded boxes.

That’s right. You can get your outfits handpicked by stylists and sent to your front door with Stitch Fix. You can order meal-kit boxes stocked with everything you need for dinner tonight, thanks to Hello Fresh or Blue Apron. And you can get virtually any personal care product you can think of from Quip, Dollar Shave Club, or BirchBox.

Needless to say, these little boxes are having a big impact—and they can have an even bigger impact on your portfolio, if you invest in the right one.

Today, I want to zoom in on one of the most successful of these subscription services which has largely flown under the radar: BarkBox.

Parent company Bark launched BarkBox.com in 2012 with its eponymous product, the BarkBox. BarkBox provides toys and treats for companion animals. Inside each carefully curated box are two new toys, two bags of all-natural treats, and a specialized chew based on each month’s specific theme (ex. December’s theme was “The Muttcracker”).

BarkBox epitomizes a successful subscription product. The company’s innovation, intentional collaborations, high value of customer satisfaction, and engagement with social media platforms have all contributed to their success.

Success in the subscription box market is hard to come by because upstarts are going up against established brands as well as big box stores. They compete by cutting out the middleman and offering high-quality goods at affordable prices. Those margins only work, however, if they can continue to retain customers, enjoying the repeated profits of subscription revenue.

Because of this financial reality, customer churn, or customer turnover, is one of a subscription box company’s most carefully monitored metrics. Sucharita Kodali, principal analyst and vice president of Forrester Research says,

“[Bark] seems to have created a fun brand with a lot of personality but the challenge with these businesses is that they are wants, not needs. If the product you get in the mail is underwhelming or if your recipient isn’t in the mood to receive it, customers question the value of the service and are more likely to churn.”

With a 95% retention rate, apparently Bark has it figured out.

Part of Bark’s genius is the decision to keep production and design running at all times, no matter how big they get. They create several new products each month, keeping their territory and corner of the market secure, while also limiting customers’ chance of finding their products on competitor’s sites.

Each box is made not just for the customer, but for their dog’s approval. They’ve kept both target audiences at the forefront of their methodology—it’s all about the pups. Really, what they are selling is a product that strengthens the relationship between pet and owner. Henrik Werdelin, co-founder and president of BarkBox, says,

“Most people who buy the box… want to make their dog even happier. What we provide [are] the products that go into the box… but really what they are getting is an experience when they open the box together with the[ir] dog.”

Bark capitalizes on their goal of creating that joyful toy-opening experience by encouraging posts on social media. On each toy is a tag that encourages owners to post a picture of their dog with their new BarkBox toys to Facebook and Instagram.

Right now there are over 231,000 public posts on Instagram alone, all sporting the #BarkBoxDay hashtag. You might have seen their viral video “Dog Mom Rap,” collecting over 40 million views solely on Facebook. Their 6 million followers help perpetuate and expand internet-buzz while their social media team, comprised of comedians, cranks out content that followers are happy to share.

Subscription product companies might be outwardly competing with big box stores, but there’s always opportunity to get along. Bark has been smart about their partnerships, always keeping in mind the end goal: Getting their products to as many dog moms and dads as possible. 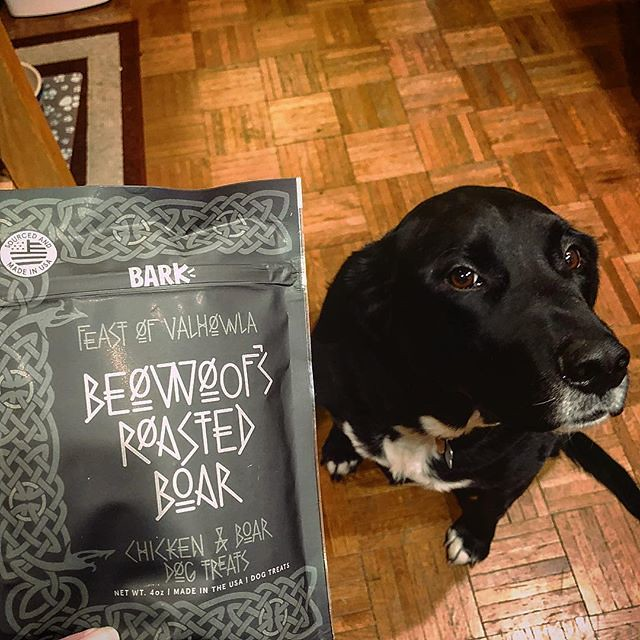 Back in the summer of 2017, they widened their reach by linking up with Target (which isn’t a bad deal, seeing as they landed among the top 20 internet retailers list that year.) Now nearly 2,000 Target stores sell Bark products, as well as online.

This added exposure has helped Bark continue to grow their subscriber base. From 2016 to 2017 alone, monthly subscribers surged by 70%. According to the American Pet Products Association, just under 70 billion dollars were spent by Americans on their pets in 2017. In 2018, that number jumped to $72.56 billion and a projected $75.38 billion will be spent on pets in the United States by the end of 2019.

We’re obsessed with our animals and the apparent need for pet products is only on the rise. Bark has managed to find the demand and keeps steadily supplying. Though the exact number is undisclosed, analysts estimate BarkBox’s current valuation to be between $150-$200 million.

The Art of Listening & Customer Satisfaction

According to Werdelin, much of BarkBox’s wild success is due to the art of listening. In the early phases, manufacturing was outsourced to independent product developers but as the voices of their loyal patrons grew a little louder, Bark decided to produce their own toys. In the early days, they learned a lot from the customer feedback they received and consequently, they quickly began implementing revisions on their products.

For example, early on, they learned that shoppers didn’t always receive the exact products they hoped for in their boxes. So Bark listened and revised their approach by creating a sister site where customers could choose whatever products they wanted, whenever they wanted it.

They asked, they listened, and they responded accordingly.

Over the years, Bark’s goal has been clear — to be the go-to shop for dog stuff. They’ve kept their values king and it’s served them well, keeping them on track. Today, BarkBox maintains a steady half million subscribers, while designing and manufacturing 90% of their own SKUs. That doesn’t just happen by coincidence.

BarkBox’s key to success has not been a particular product or marketing strategy, but rather a holistic focus on the needs of the customers.

They made a point of listening to their audience, and responded to their desires with an improved product and user experience. They encourage their customers to be heard through the brand’s broader operations, and their marketing piggybacks on this success.

Most importantly, they never lost touch with their mission of creating an experience that brings pets and owners together, an experience which customers are happy to pay for, month after month.

BarkBox has been ahead of the pack for the last 7 years and counting. It doesn’t look like they’ll be slowing down any time soon.

Want in on some of the most exciting startup deals of 2020? Let the Boardroom deliver you Deal Flow, Angel Alerts, and Hard-Nosed Research.