I hope your holidays were filled with peace, love, joy, and noiseless kids’ toys.

It’s hard to believe that 2019 is almost in the rearview mirror.

Not only did this bull market celebrate its 10th birthday — which concerns me greatly heading into 2020 — but we’re on the cusp of another decade and yet another presidential election.

Personally, 2019 was good to me — I locked in my best year of trading profits ever, with help from the launch of Weekly Windfalls. (For a limited time only, we’re offeringthis SPECIAL HOLIDAY PRICE! Hop in now!) 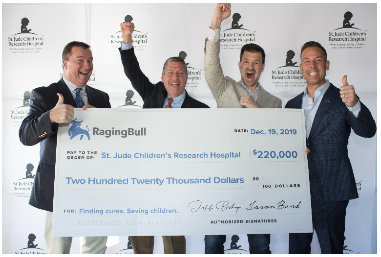 I’m also gearing up for my first $1 million trading year in 2020, after debuting my new Smoke Signals service.

That said, let’s take a look at the past year in the stock market and elsewhere… including the biggest IPOs and Trump’s growing list of enemies.

This past year, the U.S.-China trade war continued to move markets.

Wall Street also got its first rate cut from the Fed since the financial crisis, and the inverted Treasury yield curve fueled fears of a recession on the horizon.

Nevertheless, the major stock market indexes rallied to record highs, with the Dow and S&P 500 topping 28,000 and 3,000, respectively.

Washington, D.C., was also in focus, as the House of Representatives voted to impeach President Trump — the first time that’s ever happened in a president’s first term, and just the third time it’s happened in U.S. history.

And speaking of President Trump… he was very busy starting and maintaining grudges this year.

Here’s a look back at his beefs. 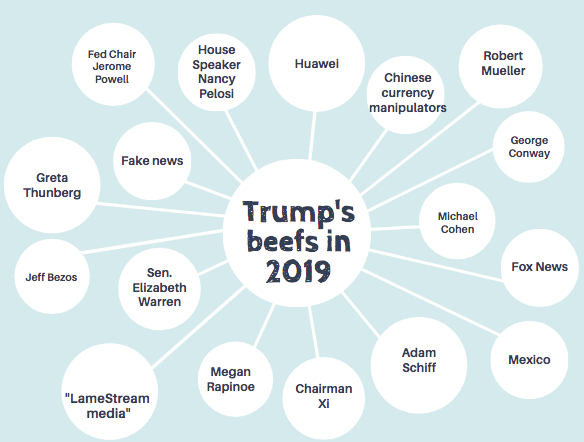 He also attempted to put tariffs on Mexican beer imports, but eventually walked that back, and fueled trade disputes with the European Union (EU). (Also, remember when he tried to declare a national emergency to build the border wall?)

Trump spent many hours tweeting about his domestic political enemies, too, including Sen. Elizabeth Warren (whom he calls “Pocahontas”) and House Speaker Nancy Pelosi, who led the impeachment process.

Even U.S. Women’s Soccer star Megan Rapinoe, who led the team to a World Cup win, was a target, as was 16-year-old activist Greta Thunberg.

Even people he was once friendly with moved to his enemy list this year… his own Fed Chair nominee, Jerome Powell, for one… his former attorney, Michael Cohen… George Conway, husband to his advisor, Kellyanne Conway…

Here are a few of the year’s biggest Trump tweets: 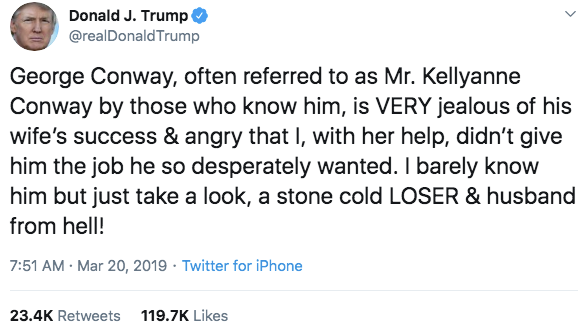 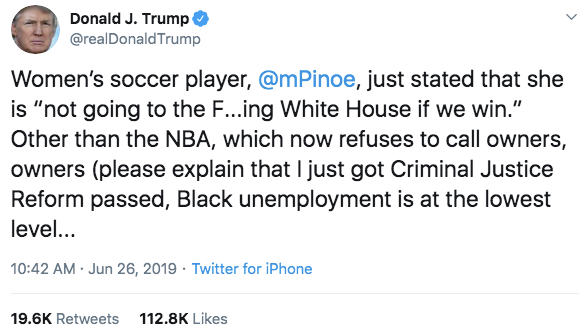 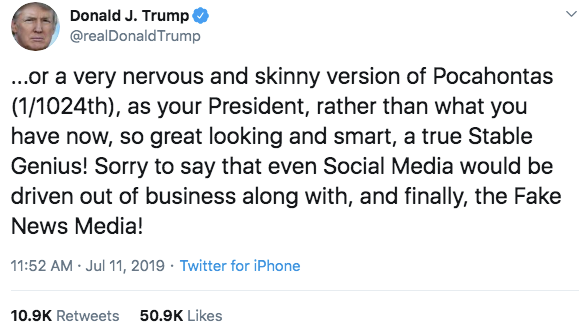 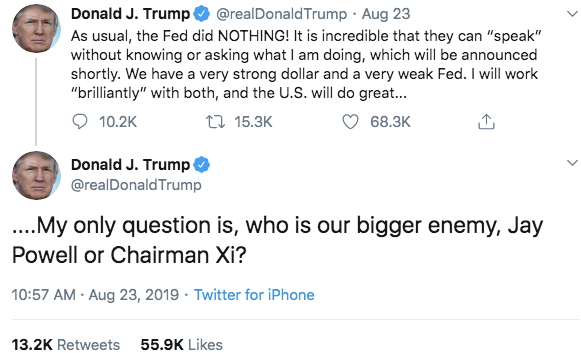 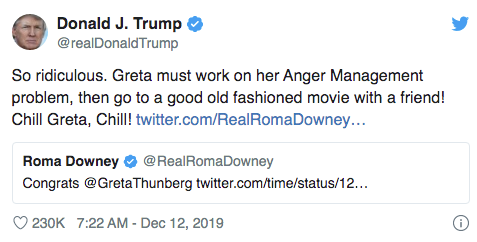 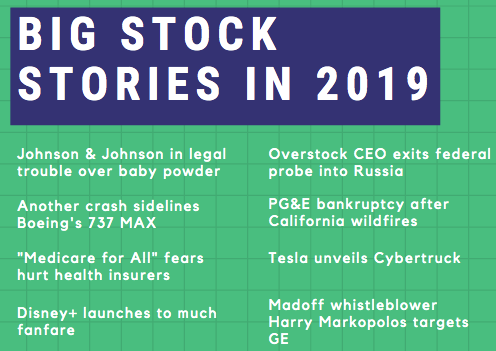 It was a monster year for Walt Disney (DIS).

Not only did the company launch its Disney+ streaming service to much fanfare in November, it saw several box-office smashes, including “Avengers: End Game,” “The Lion King,” and “Frozen II.”

Among some of the other big stock headlines this year…

Heading into 2020, though, this group of stocks is under severe regulatory scrutiny… and tech could lead the inevitable turn lower. 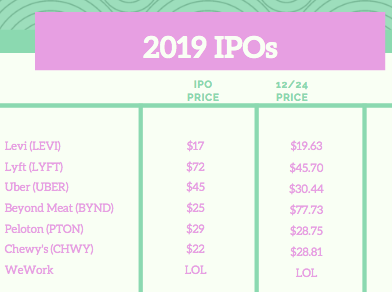 Several companies went public in 2019, though the one that may have made the most noise was WeWork, which was forced to 86 its debut and fire its CEO.

Exercise bike maker Peloton (PTON) was also in the spotlight… especially in light of a holiday commercial that sparked backlash on Twitter.

And while no one can say for certain what the future will bring, considering we’ve been in a bull market since March 2009, the clock is definitely ticking on this rally…

The only question is — are you prepared to MAKE MONEY when stocks fall?