The Jump on the Week

I can’t recall another time where I’ve witnessed a stock market rally to all-time highs—with such unease, disgust, and hatred.

And let’s not forget about all the uncertainty: domestic political tensions as the 2020 election heats up, Brexit uncertainty, cracks in overnight lending, and a contraction in the Chinese economy.

However, here we are, at all-time highs—and a record number of net shorts in the VIX futures.

I see a massive screw factor here driven by Wall-Street money. How else do you explain such passive behavior in volatility against a weekly SPY chart as this:

You’ll have to go back to the beginning of 2018, to find the last time a stock indice closed over the weekly Bollinger Bands, and not since 2016 has the SPY moved from near the lower band to the upper band (a two standard deviation move) in a quarter.

Heck, they play in their own dark pool exchanges to cover their tracks…moves that Taylor Conway exploits in Shadow Trader.

Before I get sidetracked and go full-on Alex Jones on you, let me regroup, and get back to what really matters—and that’s providing you with the tools, education, and tips to becoming an elite trader.

In this issue of the Jump, I breakdown charts in XLE and XOP, go over market-moving events (economic and corporate), as well as, give you my thoughts on volatility.

The global public cannot escape the never-ending barrage of political coverage that dominates headlines like never before. It takes a Ph.D. in forensics to sift through rotting stories to find a kernel of valuable information.

Trump and Xi continue their dalliance like some sort of teenage courtship. Will they meet, or won’t they? Does December bring more tariffs? Who kisses who on the cheek first?

It’s a sleight of hand that obscures any real certainty. At one point markets needed absolute clarity to pick a direction. Now, they simply need assurance of freely flowing Fed policy.

Short of any new tweet or revelation, the markets face little in their march towards turkey day. Instead, the focus shifts on how far retailers are willing to encroach into the meal and NFL football. Make no mistake, Black Friday through Cyber Monday will drive the conversation through year’s end.

In fact, November tends to be one of the best months for the SPY. Over the last 20 years it turns a profitable month nearly ¾ of the time! 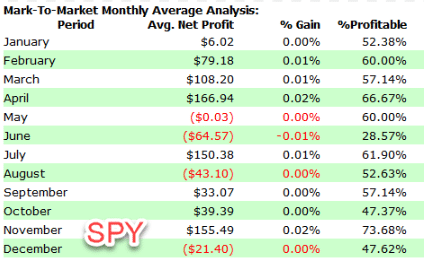 But back up to the Alibaba contrived ‘Singles’ day. Marked by four 1s on the calendar, the Chinese  Valentine’s Day should signal the arrival of a horseman of the apocalypse. Instead, it proffers a critical measure of spending.

We don’t know the extent of the economic slowdown in China. Single’s day not only tells us about the Chinese economy but any fallout from turmoil in Hong Kong.

Will the energy rally fizzle?

The standout the last few weeks happens to come from the economic laggards. Energy stocks once left for dead, rose from the grave bidden by a cold winter.

The recent run in Oil and Natural Gas gentrified the once dilapidated sector. Exploration companies hadn’t seen bids in so long I expect they looked like apparitions.

A cold winter itself wouldn’t create sustained investment. But, a theme that’s seeded itself in the underbelly of the trading community might yet blossom.

The shale boom in the U.S. brought a flood of production and investment, not seen the Beverly Hillbillies struck oil. Easy money from banks greased the spokes of the derricks that fracked their way through the lands.

Yet, today’s lenders harken back to an age of stodgy bankers requiring actual performance. Being burdened with investments in losers like WeWork, Uber, and other failed startups does little to bolster lending confidence.

Ironically, it’s beginning to claim the least capitalized of the drillers. Larger companies face fewer competitors. Their large coffers allow them to invest in operations without relying on the banks.

Put simply – the few and the profitable remain.

The EIA report due out Thursday gives a look like last week’s one on Oil. Last week saw crude inventories rise. Yet, the longer maintenance cycles of refineries helped extend the backlog. I want to see how the weekly inventories do on Wednesday and in the coming weeks.

A downgrade few agree with

Indian politics stepped into the spotlight this past week on a Moody’s downgrade. The rating agency (cause they never get things wrong) downgraded Indian debt to negative from stable. Bank of America Merill Lynch sees a “shallow recovery” in early 2020.

The fast-growing economy decelerated to a six-year low of 5% in June. Despite the reasonably pro-business government, the country faces a growing population without jobs.

But, I like being long volatility when others bet against it…