Watch these levels after record highs

Like it or not… the stock market is at record highs. And for the Dow and S&P 500, its been six straight weeks of gains. The tech-heavy Nasdaq, wrapped up its 7th week of positive returns.

Huge trading overnight in the markets as seen from the jump in the 3 major markets.

It was reported that it was primarily led by health care and energy.

This came after White House economic adviser Larry Kudlow said on Thursday… “a partial trade agreement with China was close to being signed, potentially ending the phase-one of a process that began 16 months ago.”

Well guys, we are breaking out of another bull flag. Let’s break down what we see.

So far these markets have broken out of not one, but two Bull Flags. This is healthy in a strong uptrend.

First, Why are Bull Flags healthy?

You must understand that Bull Flags are an essential, and extremely health part of the life-cycle of a bull market.

Bull Flags are great for traders because they act as a natural ‘rest stop’ to the market.

This ensures structure and healthy pullbacks for the markets compared with ‘FOMO-breakout chasing’ trading we can sometimes get with media hype and all-time-highs.

The pole and flag of the Bull Flag allows traders and institutions to determine the direction of the trade and then digest any relevant news that caused this movement.

Pro Tip: Having back-to-back Bull Flags can be seen in extremely strong trending markets. Unfortunately, it’s also the sign of the stock running out of steam.

Let’s take a look at the 3 major ETFs and see how they have traded over the past few months.

SPY’s and QQQ’s are breaking out of a recent Bull Flag on slightly higher volume the week prior.

DIA’s are harder to see but still classified as a Bull Flag. Volume is not as strong as the other two ETFs. 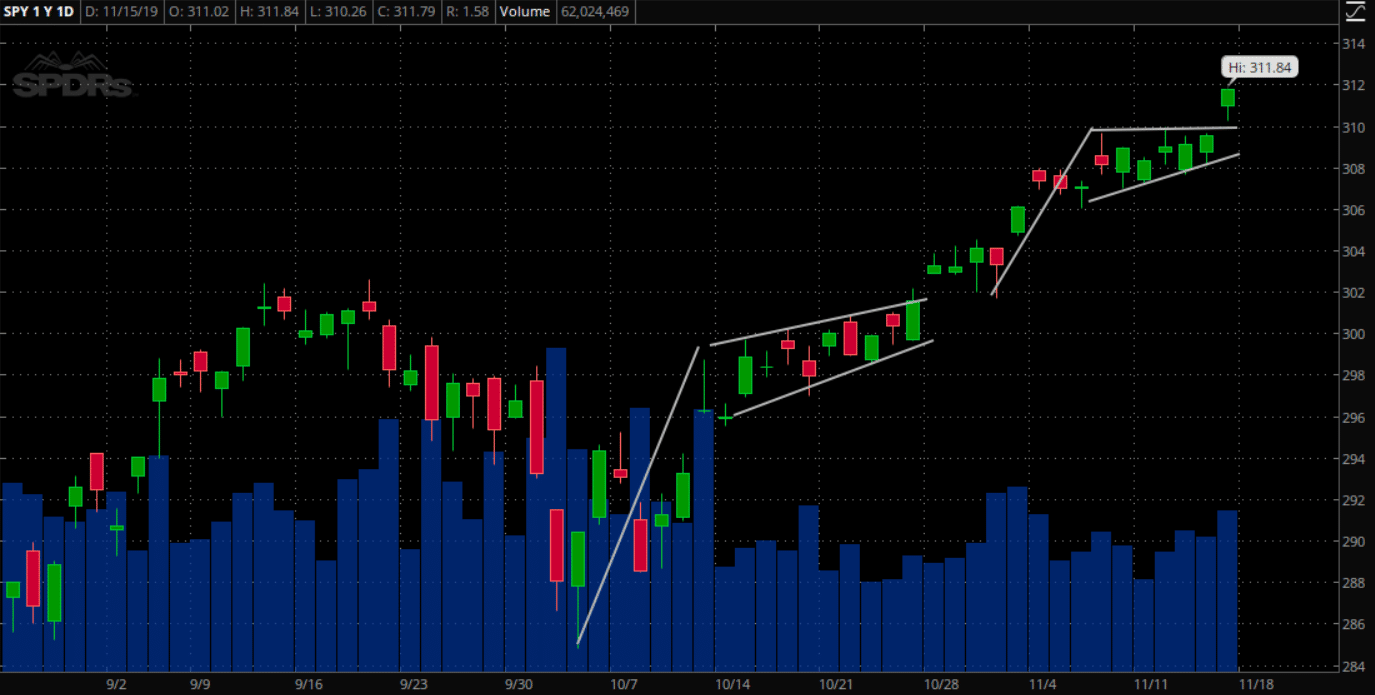 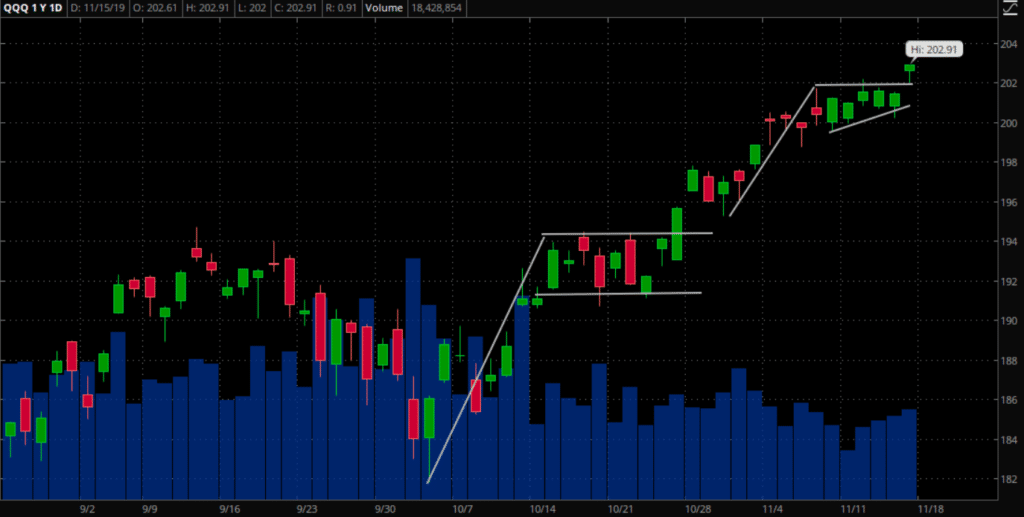 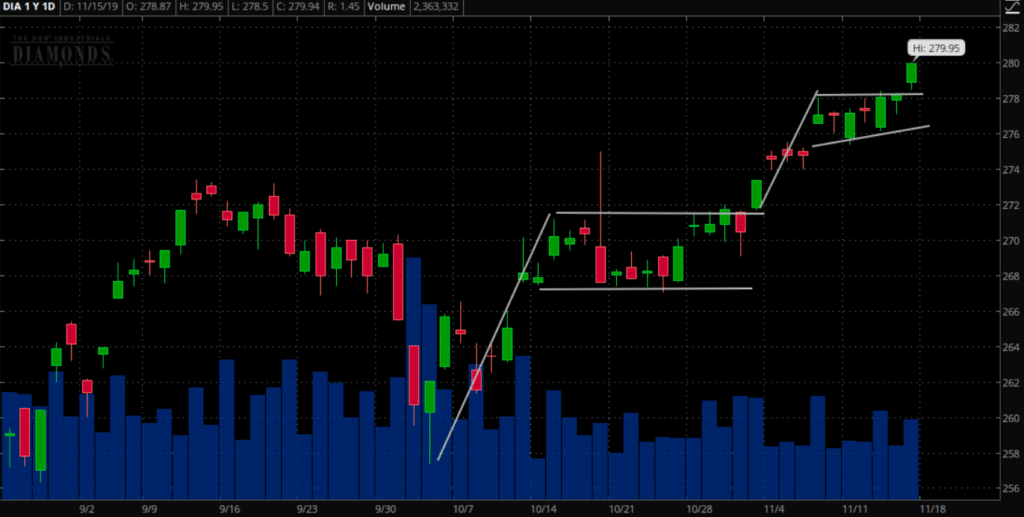 This is where the story really turns into a murder mystery.

The Economic Surprise Indicator is a representation of the economic data being released compared to the forecasts by local economists.

The higher the number, the better the economic outlook is.

We have seen UGLY retail sales and beyond dismal industrial production.

This has concluded a particularly ugly week for the US Macro Data with a negative Economic Surprise Index value for the first time in 3 months. 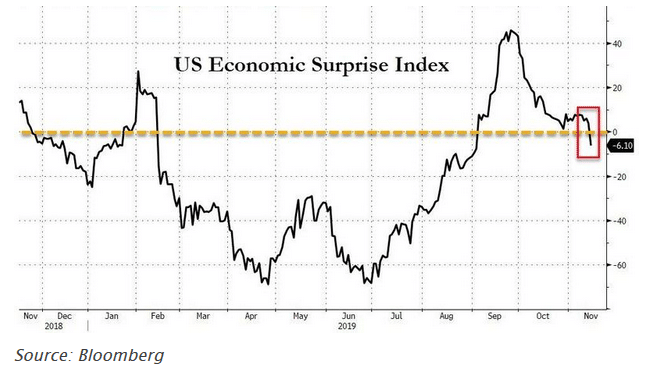 Looking at the VIX, Volatility was crushed and placing us even closer to that terrifying sub $12 zone. 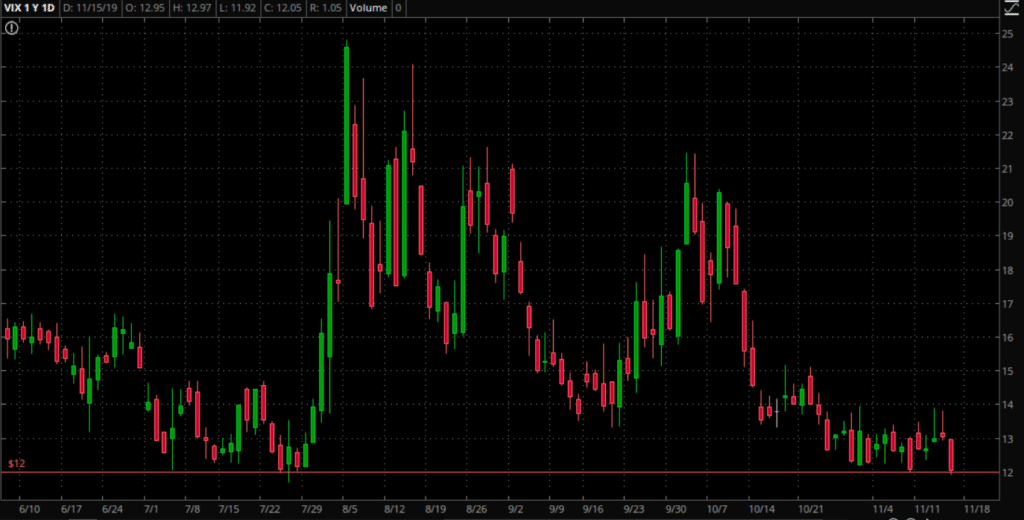 The RSI on the SPY’s are at the highest overbought value of the year at 74, with the last two previous highs of 70 and 73… 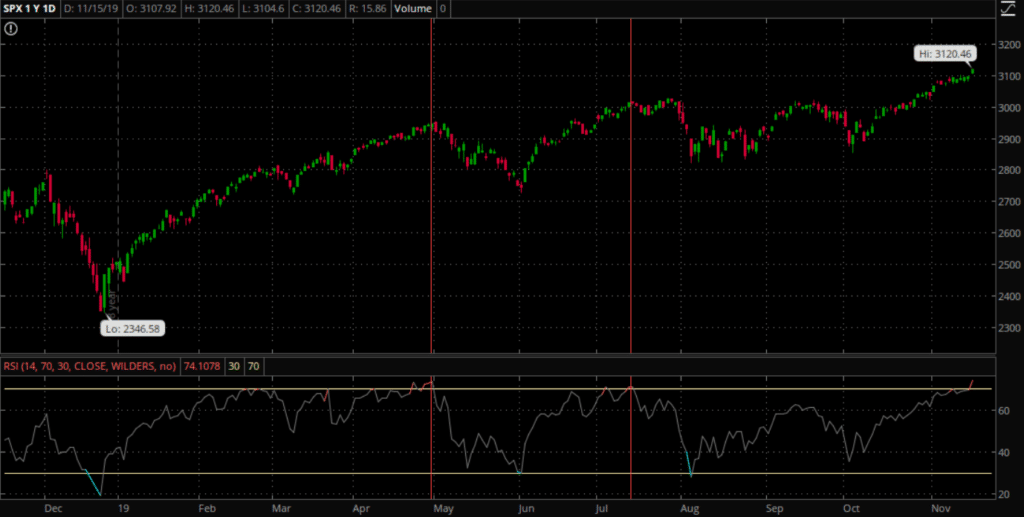 All signs are pointing to a weakening dollar.

So far this week it continued to head lower, unable to confirm the Bull Flag, causing the Dollar Index lower.

It appears it will be heading towards that lower support line in the near future.

Well it’s officially safe to say that this market is a bit confused.

But really… how far could this market keep running?

After all, it’s normal to have periods of consolidation and market pull back.

Since the Macro, Fundamental, and Technical indicators above are telling me we must be poised for a retracement, I decided to use a Fibonacci tools.

Here are two charts that might help determine what direction to take. 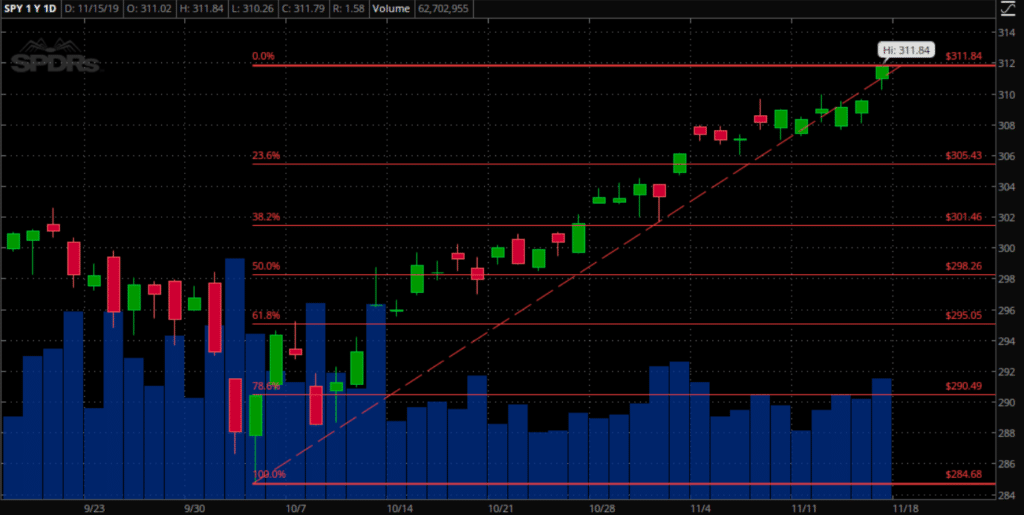 In prior articles, I have explained how to use Fibonacci to find ‘hidden’ levels in the stock charts for areas to place targets and signal possible reversals.

Missed it? Learn more about using Fibonacci to improve your trading.

Unfortunately, In those two charts you can see a conflicting story and its not clear what we should do.

So what’s my take away on Fib?

There are a few other things that I notice from this:

The technicals are telling me to expect a pull back into the resistance breakout of the Bull Flag.

Macro and Fundamental indicators all point to a weaker Q4 than anticipated giving support to a topping market.

If we get a small pull back and a failed bull flag, expect a further decline to the Fib Retracement level 23.6%.

And make sure to remember…

Trade small until a clear edge is given and a direction is set by the markets prior to taking a trade.

Tight stops are a must in this type of market environment.