If you know me then you know I love trading small-cap stocks. Nothing gets the juices flowing than cracking homers out of the park that would clear the center of the Green Monster.

But this year has just been bonkers. I’m pulling off wins left and right like Dance Dance Revolution. Yet, the small-cap index trails the rest of the market by a significant amount.

Put it this way… I knock out trades like this

That means Jason Bond Picks captured over half the yearly gains in the IWM from one trade!


Why the lag? What catalysts will reinvigorate small caps?

It all comes down to three major items: sector composition, stretched valuations, and global trade.

Most people don’t think about the general composition of indexes. But, a lot of the underperformance in the Russell 2000 comes from its makeup. 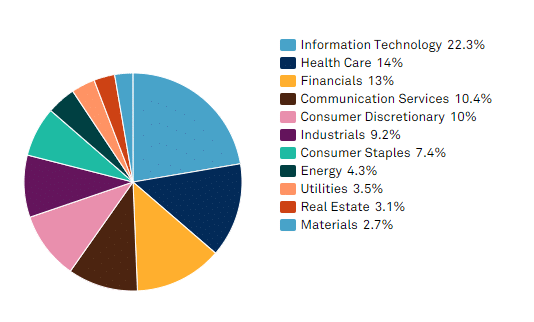 Over the years, the S&P 500 became heavier in technology companies. Traditional sectors, from financials to energy, shrank from the forefront. Today’s top holdings include Microsoft (MSFT), Apple (AAPL), Amazon (AMZN), and Facebook (FB).

A few noticeable differences should jump out at you. First, Financials are a much bigger percentage of the Russell 2000 making up nearly 18% vs. the S&P 500 with 13%. Only recently has the financial sector actually reached new highs. Otherwise, it’s been a drag. 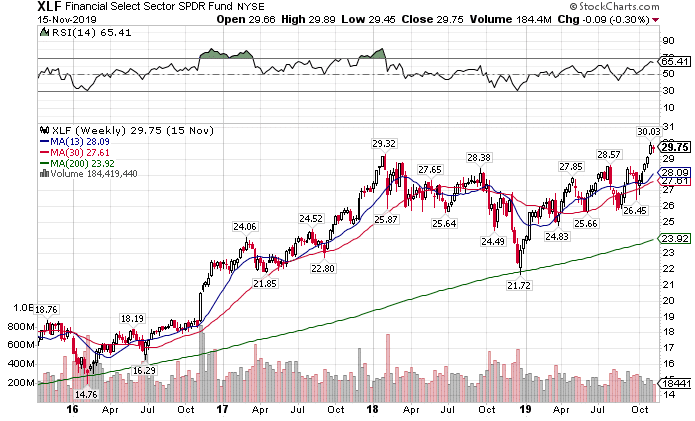 Second, you’ll notice the technology only makes up 13.69% of the index compared to 22.3%. That’s a massive difference considering the Nasdaq 100 (QQQ) continues to outperform (+33% YTD vs. SPY +26% YTD). Unlike most other sectors that shrink in the face of global contraction, companies leverage technology to maximize earnings.

Lastly, you might have missed the real estate component. That’s actually been an underrated sector that’s outperformed this year with low-interest rates. Take a look at the constant rise in the real estate sector ETF XLRE. 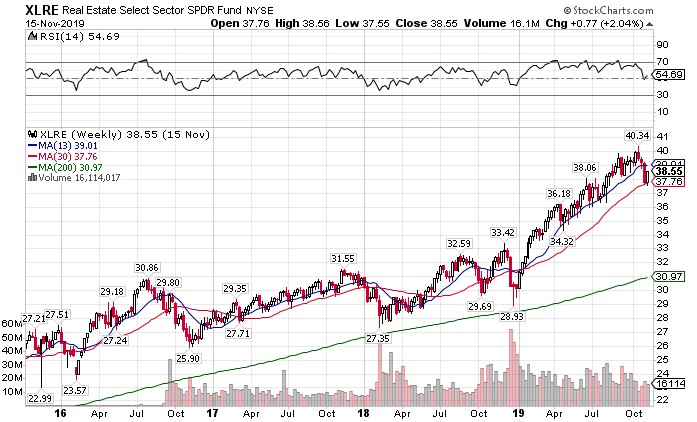 Year-to-date this sector is only up just more than 26%. But last month it was up over 30%. Continued housing shortages, along with cheap funding, will keep this sector working until the Fed cuts back.

No one wants to pay too much for any deal. It’s no different from small-cap investors. It’s no secret that large-cap stocks have stretched valuations. The S&P 500 price to earnings ratio currently sits at 22.97x. That’s pretty frothy.

Now compare that to the Russell 2000 at 36.86x! That’s over 1.6x the valuation of large-caps. That makes sense when you expect to achieve robust growth. The problem is that hasn’t been happening. Small caps continue to show Q3 earnings declines, just like their large-cap brethren.

Recall that the top sectors in the Russell 2000 include financials and health care. Financials will continue to struggle until the Fed raises rates, which isn’t expected to happen soon. Health care remains a precarious spot with a lot of promise, but plenty of political uncertainty. That’s why investors still shy away from committing capital to these companies.

Tariffs hurt the little guys too

You might assume that smaller U.S. companies would be insulated from the tariff tiff between the U.S. and other countries. In fact, they’re influenced more by global problems than you’d realize.

Many of the smaller companies act as suppliers to larger conglomerates. They provide support, parts, finance, and a multitude of other direct and ancillary services.

Some of them rely extensively on global supply chains for their products. Tariffs create enormous pressure on their margins and growth. Others rely on steady growth and demand from the larger buyers. When you have someone like Apple only achieving 1% revenue growth year over year, it makes it hard to justify the already stretched valuations on these small caps.

Now, as measures like the purchasing managers index (PMI) and similar metrics abroad begin to rebound, it may signal a resumption of at least tepid growth that should benefit smaller companies. But, for real money to step in, they need to be convinced the economy will do better than sputter along at 1% ish growth.

So what does that mean for me?

Great question! As the global growth returns that means we should start to see better long plays on small caps.

That’s why I love playing my fishhook patterns. They take full advantage of these moves for big profits.

If you want to get in on the action before everyone else, then join me at Jason Bond Picks. 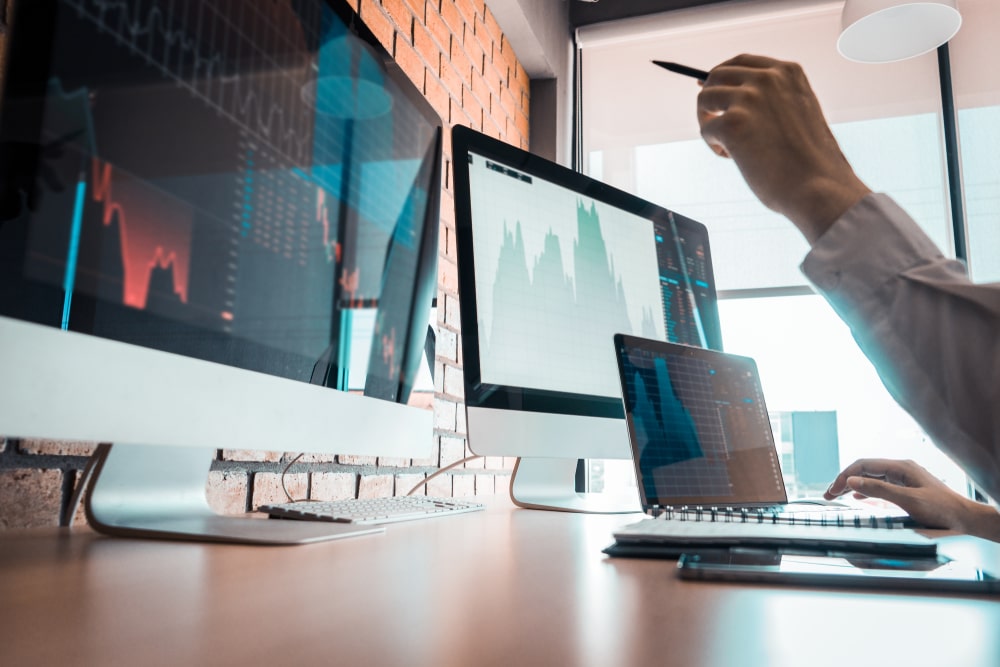 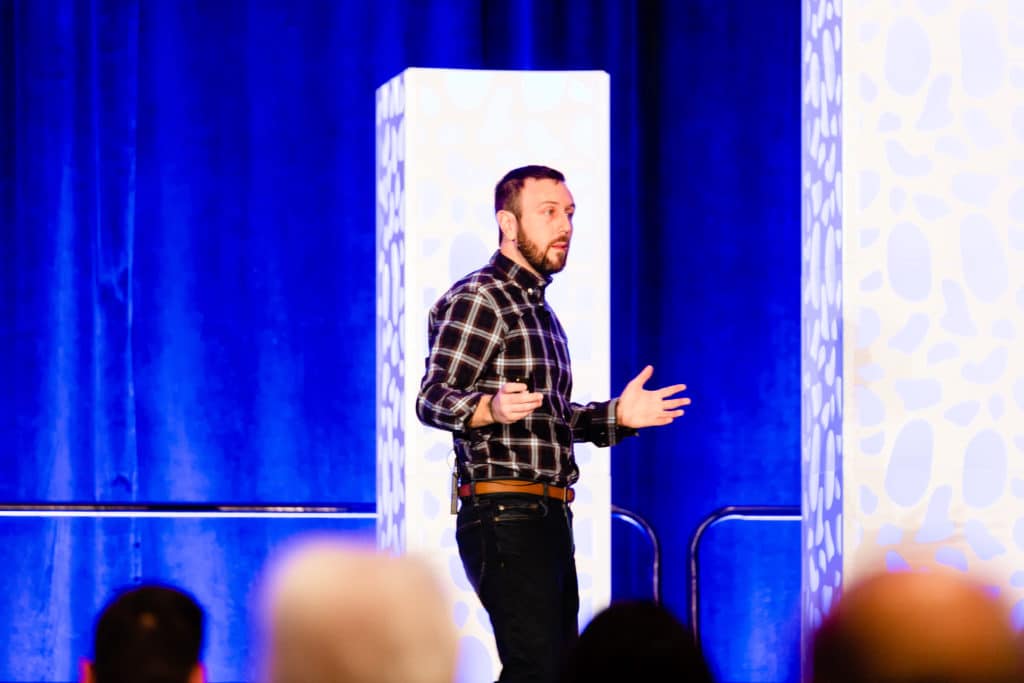 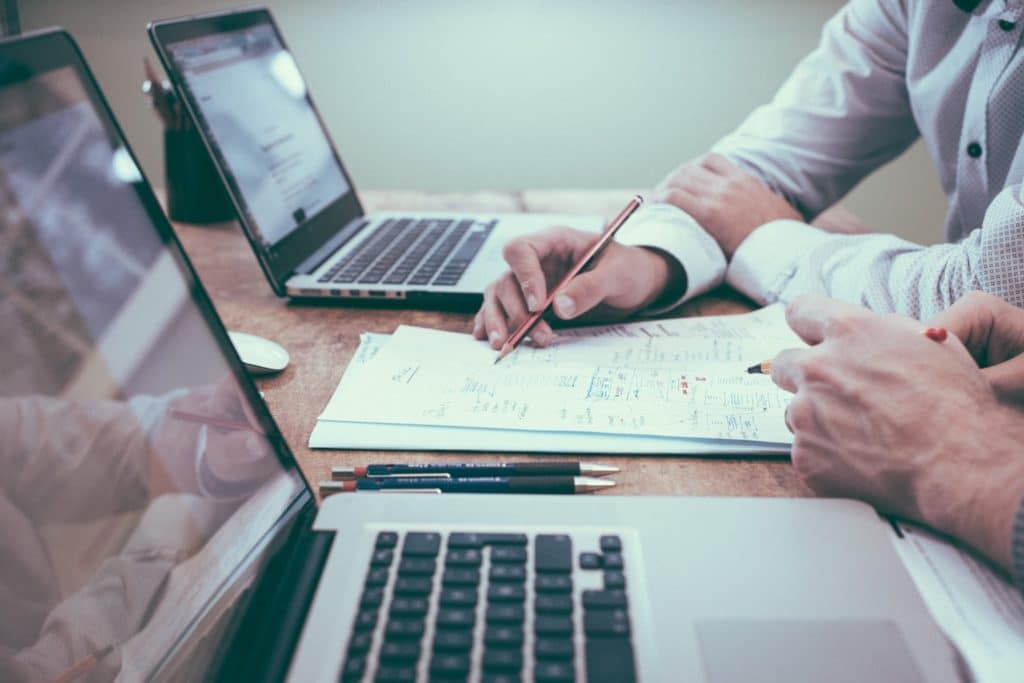