If You Can’t Afford A Team, Buy These Sports Stocks Instead 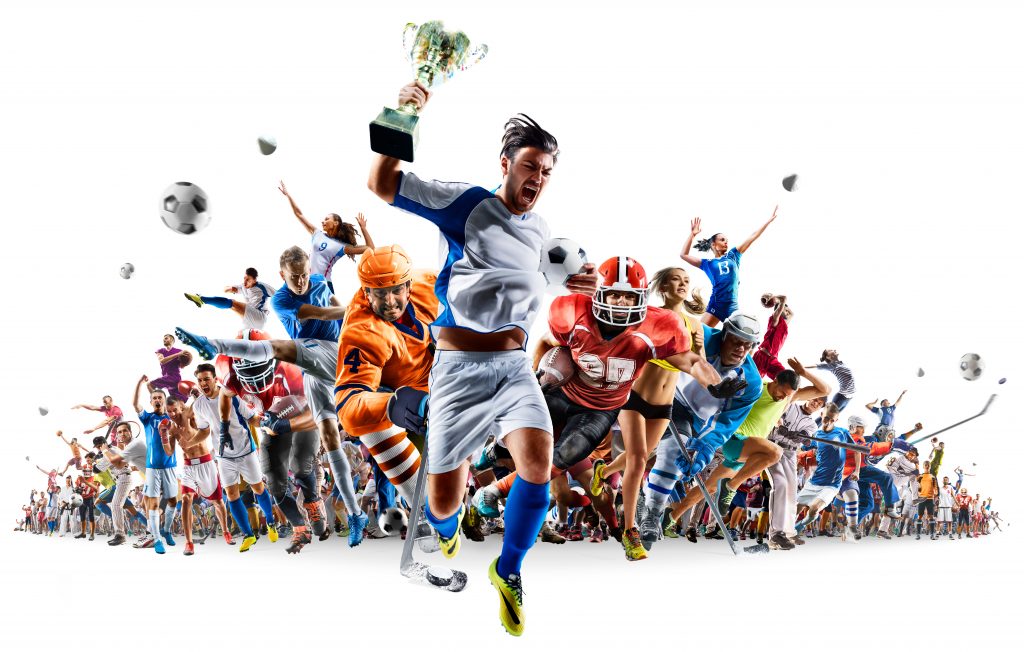 Unless you’re Mark Cuban, owning a professional sports team is a fantasy. However, you can still get in on all of the action by trading sports stocks. That said, the competition is fierce, both on the pitch and in the stock market. Sports stocks can be grouped in several different categories like kit makers (apparel), clubs/teams, networks, and automakers. Below, we’ll explore a few of the most famous names in the space.

What Are Sports Stocks?

Sports stocks are any stocks associated with a company that is involved in sports in any way. These are often sponsors of major professional teams or athletes, but these companies are also typically associated with things like apparel sales for everyone from high school athletes to everyday joggers. Some of the best sports stocks are for businesses that cater to the average man as much as the professional.

Sports Stocks to Own – Athletic Apparel

Nike Inc. (NYSE: NKE) is a multinational sportswear company that makes footwear, accessories, and equipment, and renders sporting services. The company sells its footwear across the globe and is the world’s largest supplier of athletic apparel and shoes. The brand is seen on top athletes like Lebron James, Rafael Nadal, and Cristiano Ronaldo.

That said,  it has established itself as an authority in sports equipment manufacturing. Nike’s Just Do It slogan is one of the most well known for any publicly traded company.

Nike recently signed a deal extension with the National Football League to make uniforms and apparels from 2020 to 2028. The deal will see Nike supply all the 32 teams in the NFL with matchday uniforms and sideline apparel. It’s estimated that one Super Bowl can generate up to $89 million in brand exposure for Nike.

Since the NFL is not a publicly traded company, there’s no such thing as NFL stock. Investing in Nike stock instead may be the next best thing.

Nike also has a sponsorship deal worth well over $1 billion with the NBA. The deal will run for the next eight years; hence, Nike has a measure of guaranteed stability in its revenue for the next couple of years.

Adidas (OTC. ADDYY) is the biggest sportswear maker in Europe and second only to Nike on the global scale. It is the closest competition to Nike, and it has a noticeable presence in the NFL, baseball, football, and other major sporting events in North America.

The Adidas Yeezy brand has been one hottest names in street fashion for some time now. Its popularity among millennials and younger audiences keep the brand relevant.

With a market cap of $45.323 billion and endorsements with several top athletes and clubs in America, Adidas ranks high among the best sports stocks. The company boasts an impressive ROI, a growth rate of 22.11% over the last twelve months. Adidas has signed a sponsorship deal with Real Madrid, a top soccer team in Spain worth 1.1 billion euros to deliver uniforms and sideline apparel for the next ten years.

According to the club’s official website, this “would be a ground-breaking deal in sports marketing in Europe, the contract of the century and make the shirt the most expensive in world sport“. This one deal is larger than Nike’s sponsorship with all 32 NBA clubs. And let’s not forget, Adidas is the official sponsor of Lionel Messi, Naomi Osaka, P.K Subban, James Harden, and many other top athletes across several sports. Now, if you’re in the U.S., you won’t find Adidas stock on the NYSE or Nasdaq. However, you can trade shares on the OTC Markets.

Churchill Downs, Inc. (NASDAQ: CHDN) is the owner of the Kentucky Derby, a horse race that is held every year in Louisville, Kentucky, U.S. on the first Saturday of May. Churchill is a significant stakeholder in the world of equestrian sports. The company is a proud owner of three other racetracks and a casino.

The business is well diversified. That said, it has not reported a negative yearly return since 2009.

Manchester United PLC (NYSE: MANU), The company, manages all the professional activities of Manchester United Football Club in the United Kingdom.  The soccer club’s stock may not be a blockbuster, but it has been delivering impressive ROI since its IPO in North America.

With a market cap of $3.119 billion, the stock offers fans a chance to be a part of the team’s long and rich history.  That said, the team has been showing signs of life recently after firing Jose Mourinho. If you’re interested in sports gambling stocks, investing in a club like this is one of the best options. These sports betting stocks let you get in on a popular wagering sport without having to place any bets of your own.

Sports Stocks to Own – Television

Walt Disney Co (NYSE: DIS)  launched its ESPN+ streaming service on April 13, 2018, and has more than 2M subscribers to date. Of course, Disney has other assets besides ESPN. The company states that streaming is now their number one priority. Of course, ESPN is not the only reason to be an investor in Disney. Its other assets include A&E Networks, Disney’s Hollywood Studios, Disneyland Park, Magic Kingdom Park, and Epcot.

Sports Stocks to Own – Cars

Ferrari N.V (NYSE: RACE) doesn’t need much introduction. It is a leading figure in sports cars making. That said, it also manufactures apparel, watches, earphones, and accessories as well.  In addition to being a popular name in the car race events, it makes luxury sports cars for the ultra-wealthy.

With a market cap of $20.91 billion, Ferrari’s stock trades at 30 times earnings. The stock trades at a single-digit P/E ratio and has a dividend yields of more than 4%. Ferrari doesn’t have many of the same pressures as other automakers have, because Ferrari can collect a higher price tag for its cars and get a better margin.

The brand is thriving too. Charles Leclerc signed 2019 race deal with Ferrari and is on the same team with Sebastian Vettel, an exciting move for any fans who follow F1.

Sports are taking a new dimension and a life of their own. Sports betting and eSports are increasing engagement are adding to the overall popularity of games. That said, investors now have an opportunity to make money off of their passion. While you can’t get sports team stocks, the right company’s stocks will let you invest in the sponsors, suppliers, and supporters of your favorite players.

If you love sports, sports stocks give you another reason to yell and cheer every game night, because you have skin in the game. However, trading in the stock market shouldn’t be about just having fun. It should also be about making money. If you’re serious and want to learn what separates the contenders from the pretenders, then watch The Secrets of 5 Millionaire Traders or sign up for our free e-book to learn more.

AMA: What Momentum Stocks Are On Your Radar?

Man what a wacky market out there today… Stocks are bouncing all over the place,… 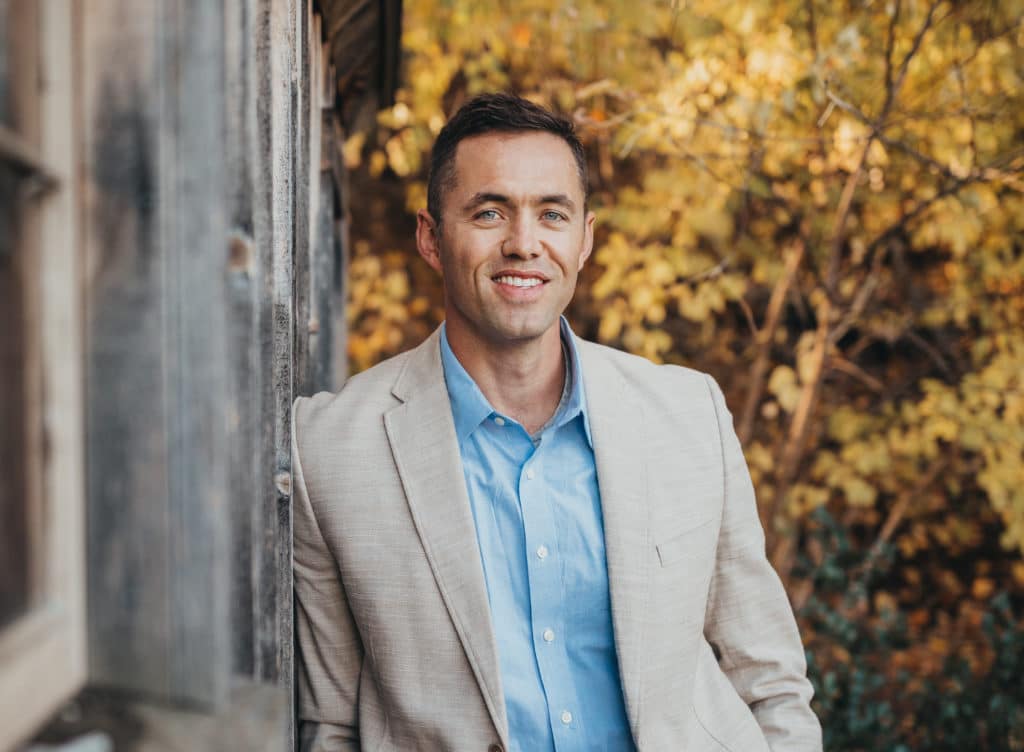 The Last 5 days In Review Of Range Breakouts

AMA: What Momentum Stocks Are On Your Radar?

Man what a wacky market out there today… Stocks are bouncing all over the place,…
Weekly Money Multiplier Nathan Bear July 7th