What Is Alpha in Investing?

Alpha is one of five popular technical risk ratios. It measures past performance in relation to an appropriate benchmark index. The others are beta, standard deviation, R-squared, and the Sharpe ratio. All five ratios are used in modern portfolio theory (MPT). Investors use these indicators to help decide the risk-return profile of an investment. 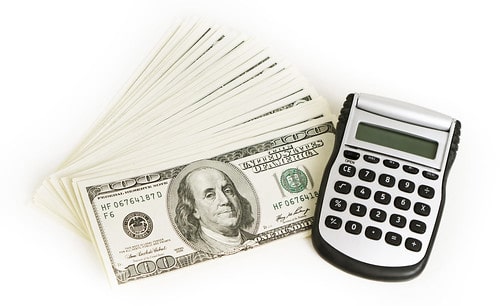 Alpha and beta are terms often used when discussing investments. The two measures are part of the same equation obtained from a linear regression.

The formula for the basic model is:

Alpha is a historic measure that shows how well a mutual fund or similar investment performs against a relevant benchmark index, often the S&P 500. Alpha is typically a single number; this number represents a percentage by which an investment outperforms or underperforms the index.

Compare the alpha over more extended periods of time to see the value of the investment related to the index it is seeking to outperform. This number can also show how well a portfolio manager has performed in an actively managed mutual fund compared to passively managed index funds.

Alpha goes back to the first weighted index funds to reach the market. Such funds attempt to mimic the performance of the overall market. They equally weigh each aspect of investment. Weighted index funds then led to a new measure of investment performance. Investors required portfolio managers of actively managed funds to have returns that were higher than those of passively managed funds. Alpha is used as the measurement tool for comparing active investments with index investing.

The alpha ratio’s common counterpart is the beta coefficient, which gives a number to the volatility factor in investments. The Capital Assets Pricing Model (CAPM) uses alpha and beta to examine a portfolio of investments. CAPM assesses theoretical performance.

Beta is a historical measure of volatility in relation to a benchmark or the overall market. It measures the market risk of a security or portfolio compared to an index that matches its sector. Growth stocks often have a beta value over 1, while low-risk investments like T-bills have a value approaching zero because prices don’t move much compared to the entire market.

Beta is a multiplicative factor. An exchange-traded fund (ETF) with a beta close to 2 moves twice as much as the index over a specified time frame. A negative beta shows movement on the opposite of the index. A beta of -2 shows an investment moved in the opposite direction times two. Most investments with negative beta values hold funds that typically are a haven when markets decline.

Beta shows that risk can’t be completely diversified. Mutual fund beta figures show how much market risk they have.

High or low beta often leads to outperforming the market. A fund with many growth stocks and high beta typically outperforms the market in years of positive market growth. Funds that are conservative and focus on bonds have a low beta and most commonly do better than the S&P 500 when the market performs poorly.

Difference Between Alpha and Beta

Investors use both alpha and beta ratios to calculate, compare, and predict their returns. Both ratios are based on benchmark indexes and compare specific securities or portfolios against the benchmarks.

Volatility is another element of the level of risk in an investment. Its baseline for beta is 1. A security with a beta of 1 is in line with the benchmark index. If the beta is less than 1, the security’s price is less volatile than the market average.

Consider alpha’s limitations when using this tool. Alpha has limited success in comparing different types of funds. Investors can come up with misleading numbers if they use alpha to compare different types of investments. The diversity between an index and the investment will affect metrics like alpha and produce inaccurate results.

While the S&P 500 is the most common benchmark index for alpha value calculation, other benchmark indexes may be more relevant for a portfolio. Some portfolios may require using different indices to have an accurate comparison. Where relevant benchmark indices don’t exist, analysts use mathematical models to simulate an index.

Alpha and beta are both risk ratios that investors use to compare historical data and predict returns. They are both significant numbers, but investors must carefully look at the underlying ways they are calculated. While alpha measures historical performance against a benchmark index, beta focuses on volatility in relation to an index. Both measures require an appropriate index to create an accurate picture of performance.