When the U.S. launches an airstrike that kills a top commander in a foreign nation, you know the markets are going to react in a major way.

The death of Qassem Soleimani in Iran sent the markets plummeting when the news hit yesterday.

Whether or not we’ll see an energy shock on the global economy, only time will tell.

As you may know already, I’ve been following the IPO of Saudi Aramco for some time, and so far this stock has not been affected. According to former Saudi Aramco executive Sadad al-Husseini, “The problem is really between the U.S. and Iran at this point. It’s not about the oil fields or the other countries in the Gulf.”

Obviously, there’s still a lot of factors that have to play out. There is one thing we can be sure of, however.

Volatility in the market has been picking up as a consequence and the smell of potential continued selloff is in the air.

Fortunately, if there is a selloff, I have a plan that could put more money in your account anyways — all thanks to little something called the “lockup expiration”…

When a newly public company reaches the end of the lockup period — one of the three critical moments that help us profit during the lifecycle of an IPO — the stock typically sells off.

The lockup period usually lasts 90 to 180 days following the IPO, during which time insiders are restricted from selling their shares.

When founders, owners, managers, and employees finally have the opportunity to shed these positions — kaboom! — the stock gets hit and takes a fall.

During times when the overall market underperforms, lockups expirations can cause the stocks to sell off even more sharply.

In other words, sell-offs get accelerated.

So if you thought lockup expirations alone were a wild slide, get ready to see some… IPO but burn…

Today, I have my eye on a few companies with upcoming lockup expirations that could turn out to be some of the most exciting opportunities to profit...

Here’s a look at a few upcoming IPOs with lockup expirations that have caught my eye: 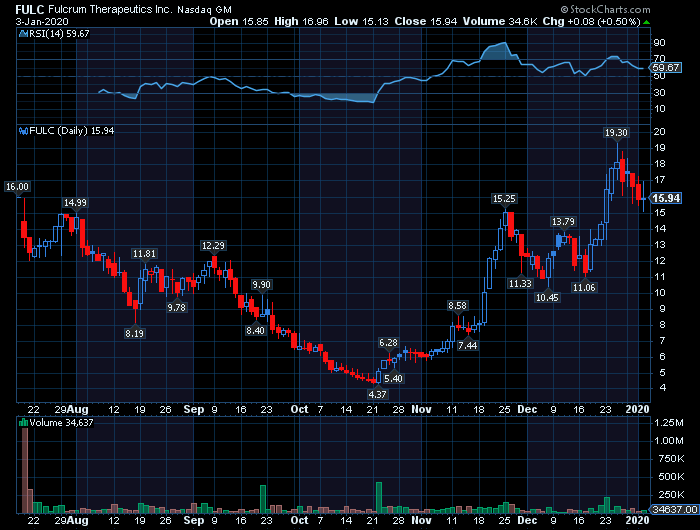 If you look at the daily chart above, FULC is forming a bull flag pattern now, so it could catch another run higher ahead of its lockup expiration. With this specific play, I’m going to wait until FULC reaches overbought levels (RSI above 70), before I place a bearish trade.

For now, I’m going to remain patient and wait for the charts to tell me when I should execute the trade.

FULC’s lockup expiration date is on Jan. 14, so we have some time here before it could pull back and sell-off. 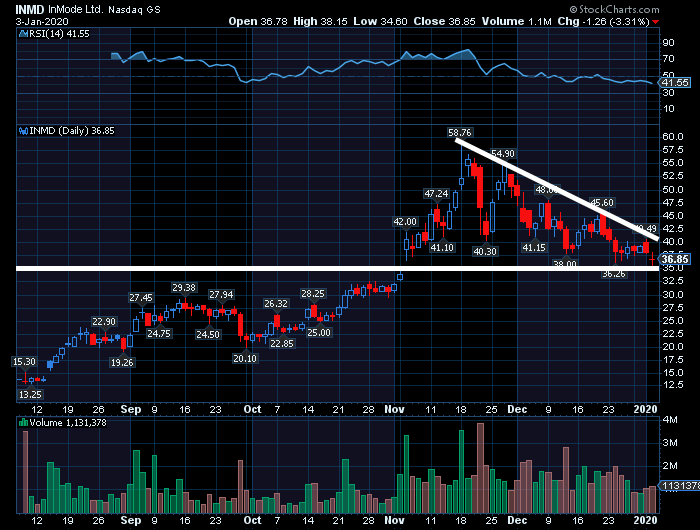 On the daily chart, INMD is forming a descending triangle — typically a bearish pattern. Right now, INMD is sitting at a key support level around $35 (the white horizontal line). INMD has already made a massive move, and if it breaks below the support level, I wouldn’t be surprised if it makes a quick move down to $30.

The company’s lockup expiration date isn’t until Feb. 4, so I’m going to wait for a technical breakdown before I get in.

A lot of the time, traders will place bearish bets weeks in advance, so I will place this on my watchlist for now and set a price alert for $35. 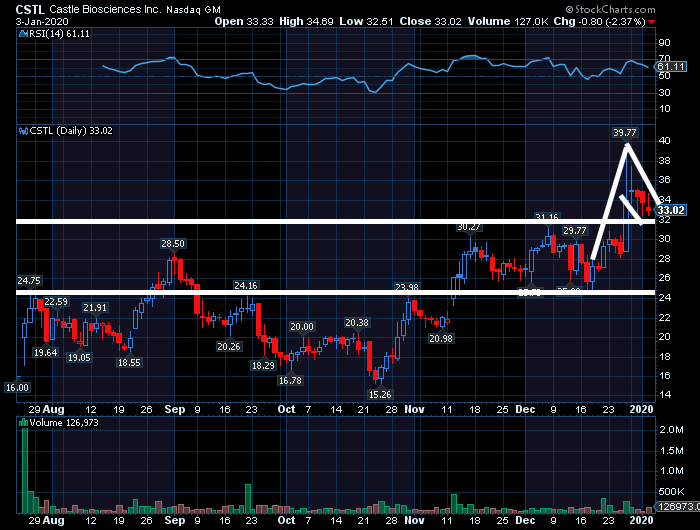 CSTL has its lockup expiration on Jan. 21 and it’s right near a key inflection point.

I’ll be keeping a close eye on this one, and I’ll make sure to let my clients know if I make any moves in CSTL, FULC or INMD.

With volatility set to pick up in IPO, I’m going to be looking for IPO lockup expiration dates because that’s where I think the most money could be made. Not only do you get the influx of potential insiders dumping shares on the lockup expiration…

But there may also be traders looking to sell their holdings or short the stock if the market does in fact head lower.

If this does happen, these stocks could drop further and faster than the market would expect. With that being said, I’ll be keeping an eye on the overall market conditions and remain patient when I’m looking for IPO plays. 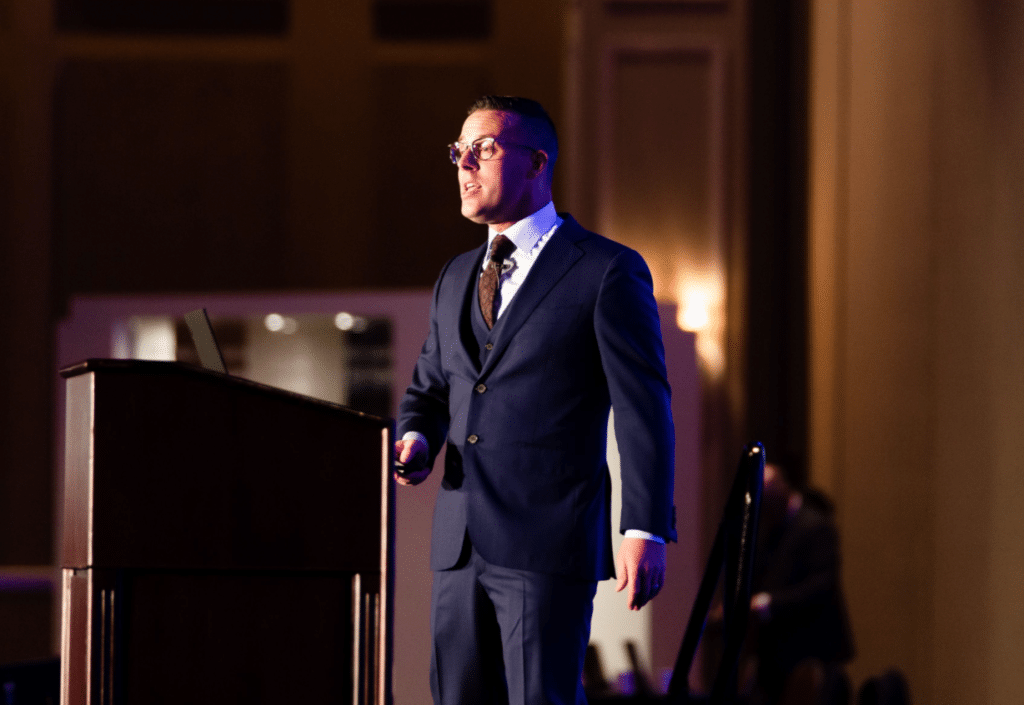 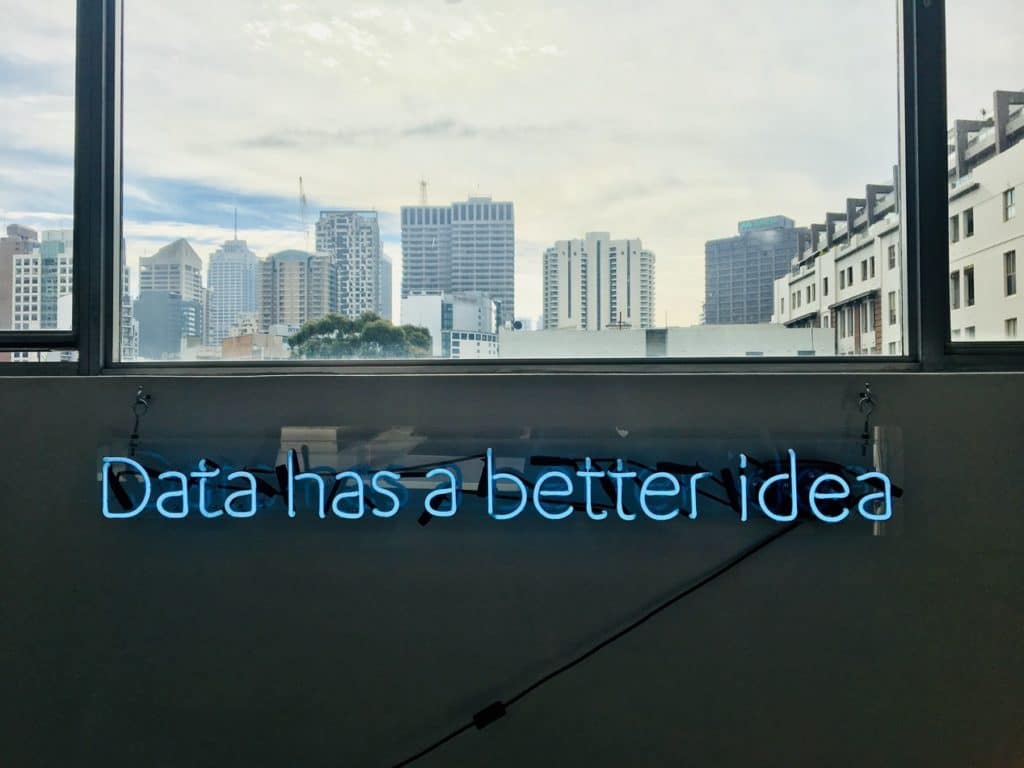 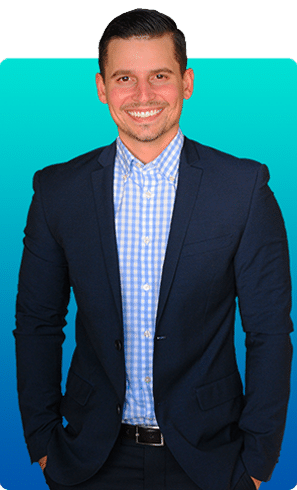