Once you have some investment know-how, you may want to consider investing in a company that is going from being a private company to a public one. This allows you to get in on the “ground floor” of a company before there is even more interest and the price of stocks significantly increases. Here we explore more about initial public offerings (IPOs), including the advantages and risks associated with them, how the IPO pricing is determined, and how to start investing in an IPO.

What Is an IPO? 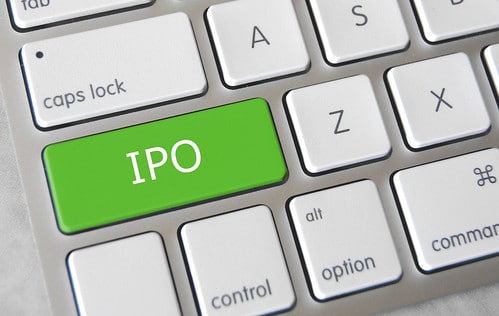 IPO stands for initial public offering, and it’s when a private company goes public so that the general public can purchase stocks that were previously reserved only for stakeholders. A company that begins offering to the public isn’t necessarily a brand-new company without much history, although it could be because not all companies start out private. Instead, a company with an IPO can even be an established company that has been around for years and has finally decided that it’s in their best interest to go public.

A company may choose an IPO for many reasons, but most often, it’s because they want to increase their capital so they can expand their business, continue to operate the way they are without interruption, pay off debts, become more interesting to the public, or fund new ventures within the company. The new shares that are issued to the general public translate into an influx of money to the business. At this time, current shareholders can also sell their shares to the public.

Most companies begin with initial investments through many means, such as credit cards, business loans, savings accounts, and even private investors. If a company starts to experience some success, it will probably need more money to expand and continue growing, which is a great thing. The need for more money to fund the expansion of the business drives many private companies to go public.

Before an IPO becomes available, the company will hire an investment bank to underwrite the IPO. That same bank will help fund the IPO by buying the shares the company offers before they get listed on the exchange for the general public. Then, the company must file a registration statement with the Securities and Exchange Commission (SEC). This statement shares important details about the company that will be useful for the public to know, such as financial details and ownership information. The SEC must approve the IPO before a date is set for when the IPO will release to the public.

Advantages and Risks of IPOs

Any investment choice has its advantages and risks, including IPOs. As with anything else, it’s important to be knowledgeable about the risks so you can make informed decisions that are best for your investment portfolio and your financial goals.

The main advantage of investing in an IPO is that you become a part of the stock-issuing company from the very beginning of its journey in going public. It’s not uncommon for a company to be established before going public and to be a company that many in the general public are familiar with.

For example, individuals were creating Twitter accounts and actively using the social networking platform for seven years before the company decided to go public with an IPO. This strategy brought a lot more buzz to Twitter, and the company saw a significant increase in stock value in the following years. As a result, shareholders who purchased stock on the IPO date then had investments that scaled quickly.

Another advantage of an IPO is that this now-public company is subject to regulations, including those from the SEC. This means that details about the company, its operations, and its owners would become public, which is only fair when you’re asking the general public to invest.

The main risk of investing when a company offers an IPO is that you can’t be entirely sure how it’ll all work out for your investment.

The reasoning behind a company having an IPO should be stated in its prospectus. You’d expect most companies to state that they need the capital to expand the business, but if there is anything unfavorable in there, like if the company only lists the need to pay off debts as a reason for its IPO, it may give you a clue into how the company has been run thus far.

For those companies that aren’t as large as Twitter when they go public, you may notice that the growth is small or nonexistent in the beginning. This is usually because the company’s owners are more concerned with using the money to grow the business at that time and are less interested in making moves that will pay out a dividend to shareholders. Although it’s not guaranteed, over time, the price of the stocks should rise, and investors should see an increase in the value of their holdings.

How the Price of an IPO Is Determined

It’s essential to know how the price of an IPO is determined, so you have some background knowledge as to why the price per share is what it is. What typically happens is the company will work with a lead manager specifically for this purpose to arrive at a fixed price, or they’ll analyze demand data to form an appropriate price for stakeholders and public investors.

A company may either underprice or overprice its IPO. It may underprice the IPO with the goal of expanding interest because if there is something that investors love, it’s being able to invest in something for a low price. However, this could backfire on the issuing company if it turns out they could have issued a higher IPO price and had just as much interest.

If an IPO is overpriced, the issuing company may find it difficult to sell all the available stocks. And, even if they do sell them all, there is a chance that the stock falls in value on the same day before market closing.

That’s why it’s important for issuing companies to work with underwriters who can come to a stock price that generates interest because it’s affordable and relatively low risk but is high enough to meet the goals the company has set for its capital equity.

How to Invest in an IPO

The first step in any investment, including an IPO, is to do as much research as you can. It’s for your own good to understand more about the company you’re investing in. Initially, there may not be much information available to the public, but remember to look at the company’s prospectus to learn about its competitors, financials, expected price range, the number of shares the company plans on issuing, and the target market.

If you plan on investing in an IPO, consider joining a brokerage firm because they are more likely to have first access to IPOs; however, there are typically eligibility requirements. The reason for this is that there is usually a high demand for shares once an IPO has been announced, and it’s common for the amount of interest to exceed the number of shares that are actually available for purchase. Brokerage firms tend to first take care of the investors who have proven investment history or who have been a part of the firm for a certain length of time.

If you’re able to buy shares in an IPO, you may still have restrictions. Most notably, you probably won’t be allowed to buy shares and then sell them within the next handful of days without being penalized from being able to invest in future offerings. This is because this action is not generally accepted as fair or appropriate in the stock market.

So there you have it — a lot of useful information about IPOs so you can know exactly what you’re getting into should you want to invest in a company that’s going public.