3 Red Flags Every Bull Should Know

I know it’s hard to slow down this time of year, with all the buying and wrapping and travel (and in-laws) that come with the season.

I’m no exception to holiday stress — I’ve had to work a little harder to achieve my zen lately, mostly because I’m pumped for what 2020 will bring.

I have good news and bad news…

Most people want the bad news first, so here goes… I am by no means saying stocks will crash soon, I’m just not sure how much longer this bull market (already a decade old) will last.

The good news? THERE ARE SEVERAL WAYS TO MAKE MONEY WHEN STOCKS DECLINE.

One way, of course, is with my Weekly Windfalls options strategy…

I hope you’ll tune in, but until then, I’d like to educate you on a trio of chart patterns that could spell big trouble for your portfolio.

The bearish candlestick — also known as the bearish engulfing pattern, or bearish reversal pattern — can signal that a stock is about to backpedal.

Some things to note:

Traders also like to see “confirmation” of a pullback, meaning the stock will begin to decline after the candlestick. That’s when bears like to jump in.

While it’s too early for confirmation on these candles, take a look at Capital One Financial (COF) and Tenet Healthcare (THC).

COF has been in an uptrend since October, and on Wednesday, Dec. 11, when the Fed announced no change to interest rates, the stock’s open was higher than the previous day’s, and its close was lower.

See how the last red bar on the right “engulfs” the green one to its left? 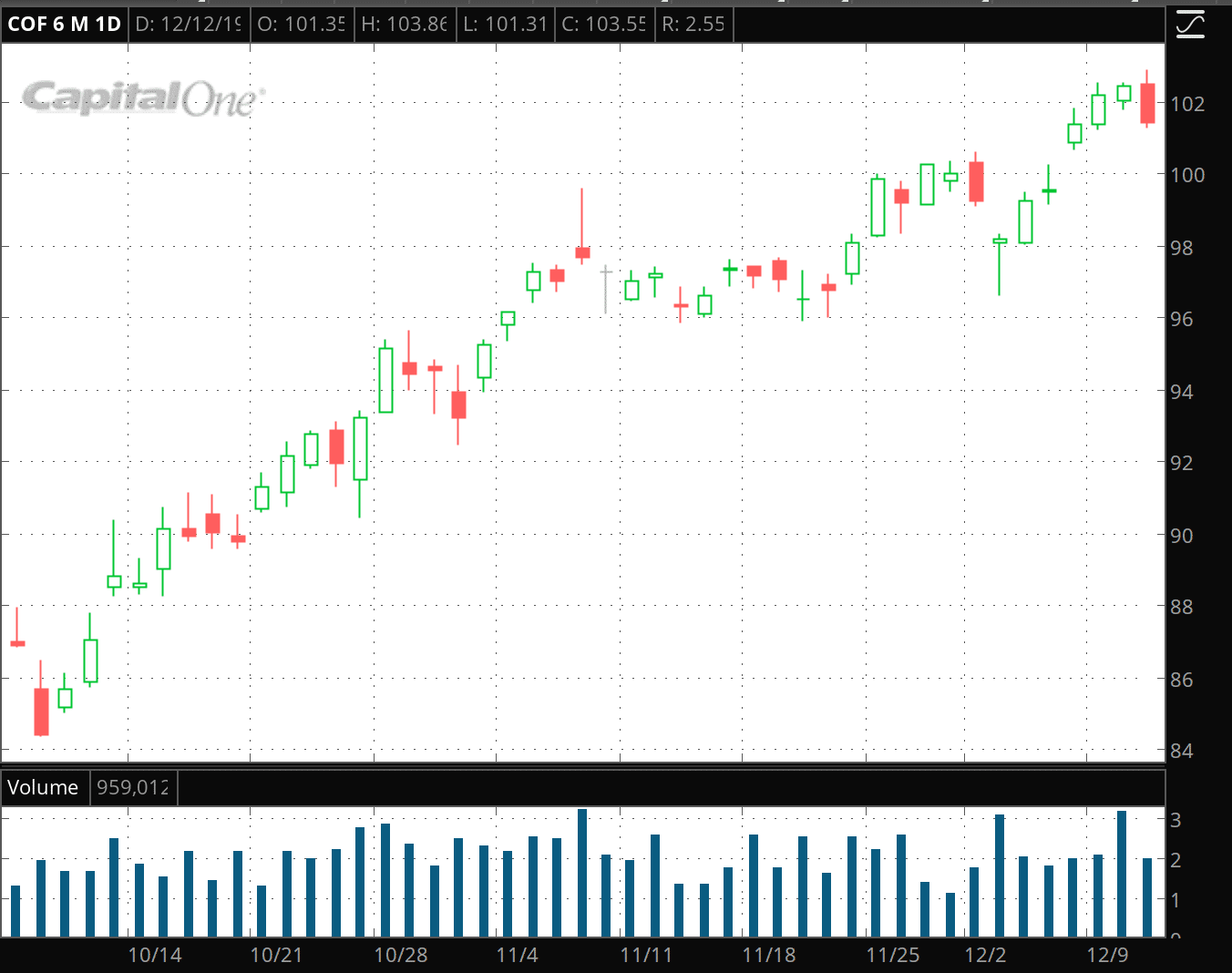 The shares have been moving higher since October, and after a seven-session winning streak, made a bearish engulfing candlestick on Wednesday, Dec. 11. 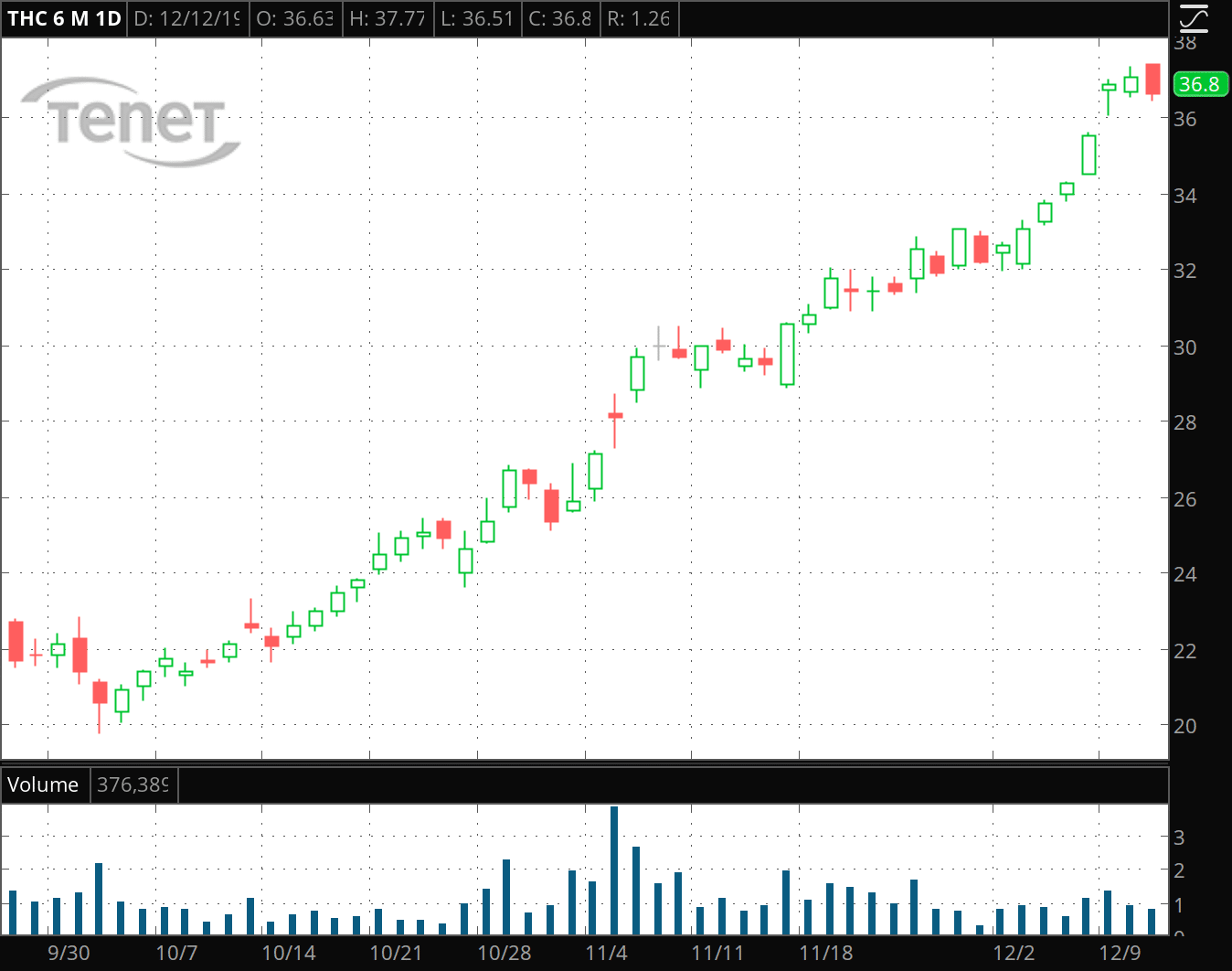 The head & shoulders pattern may be one of the most popular bearish technical indicators out there.

It is formed by making three notable peaks. Specifically, it’s when:

The pullbacks are then connected by a “neckline,” which is usually a gradual downward slope. When the stock drops below this neckline, it’s often the start of a notable drop. 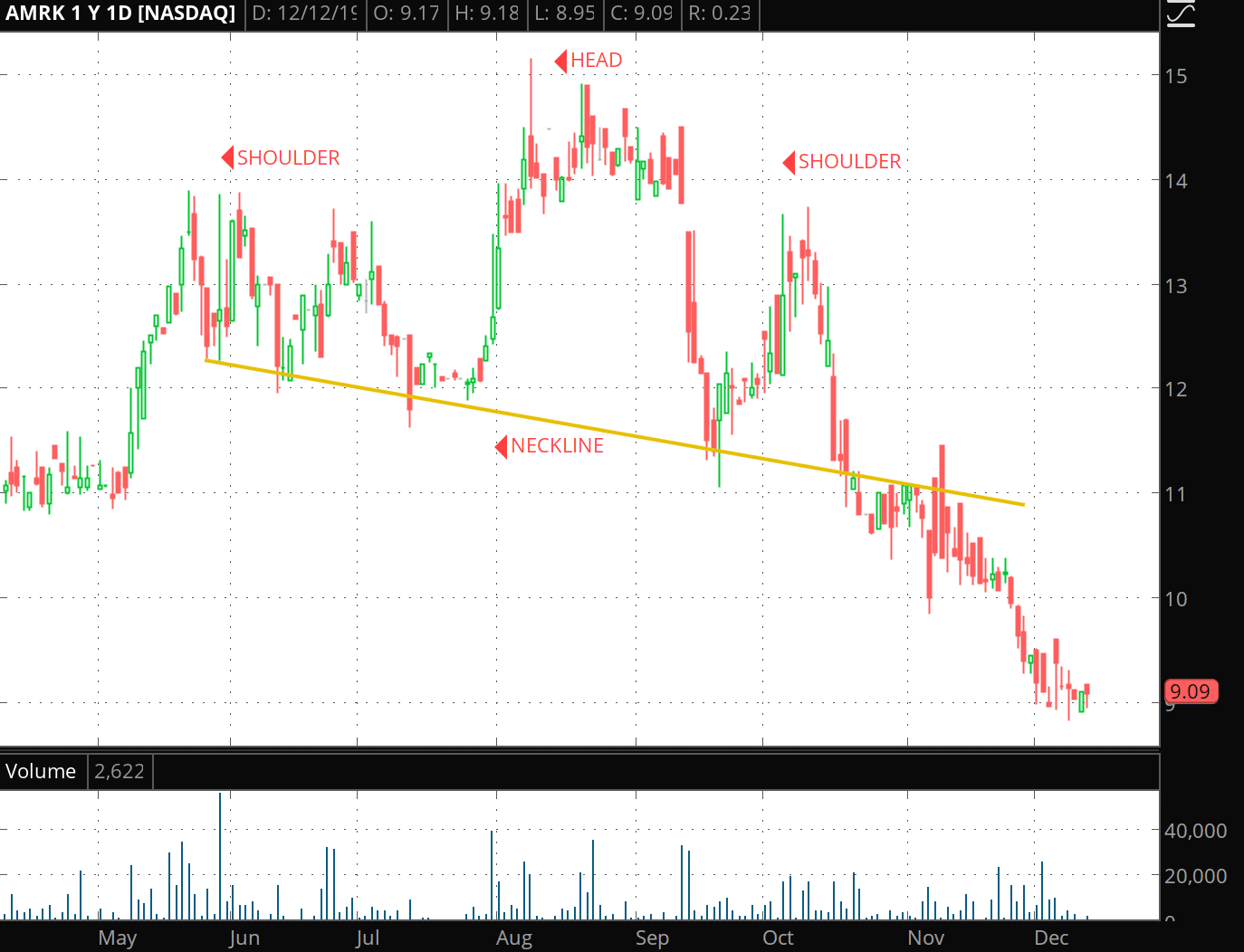 The stock met up with resistance just shy of $14 in June-July, then pulled back to the $12 area. That marked the left shoulder.

ARMK then rallied to higher highs around $15 before once again staging a retreat, this time to the $11.50 area. That marked the head, and it appeared a neckline was forming.

Then the shares bounced in October, once again jumping just shy of $14, marking the right shoulder.

In November, the pullback breached the neckline, and ARMK sold off, eventually dropping into single digits.

A double top is just what it sounds like — when a stock hits two tops.

The key to identifying the bearish slant of this pattern is if the shares retreat and breach chart support after making the “M.”’

It’s too early to tell if this is a true double top forming or a fake-out, but take a look at Dentsply (XRAY) stock.

The stock peaked around $59 over the summer, and has been testing this level again over the past several weeks.

We shall see if it plays out… 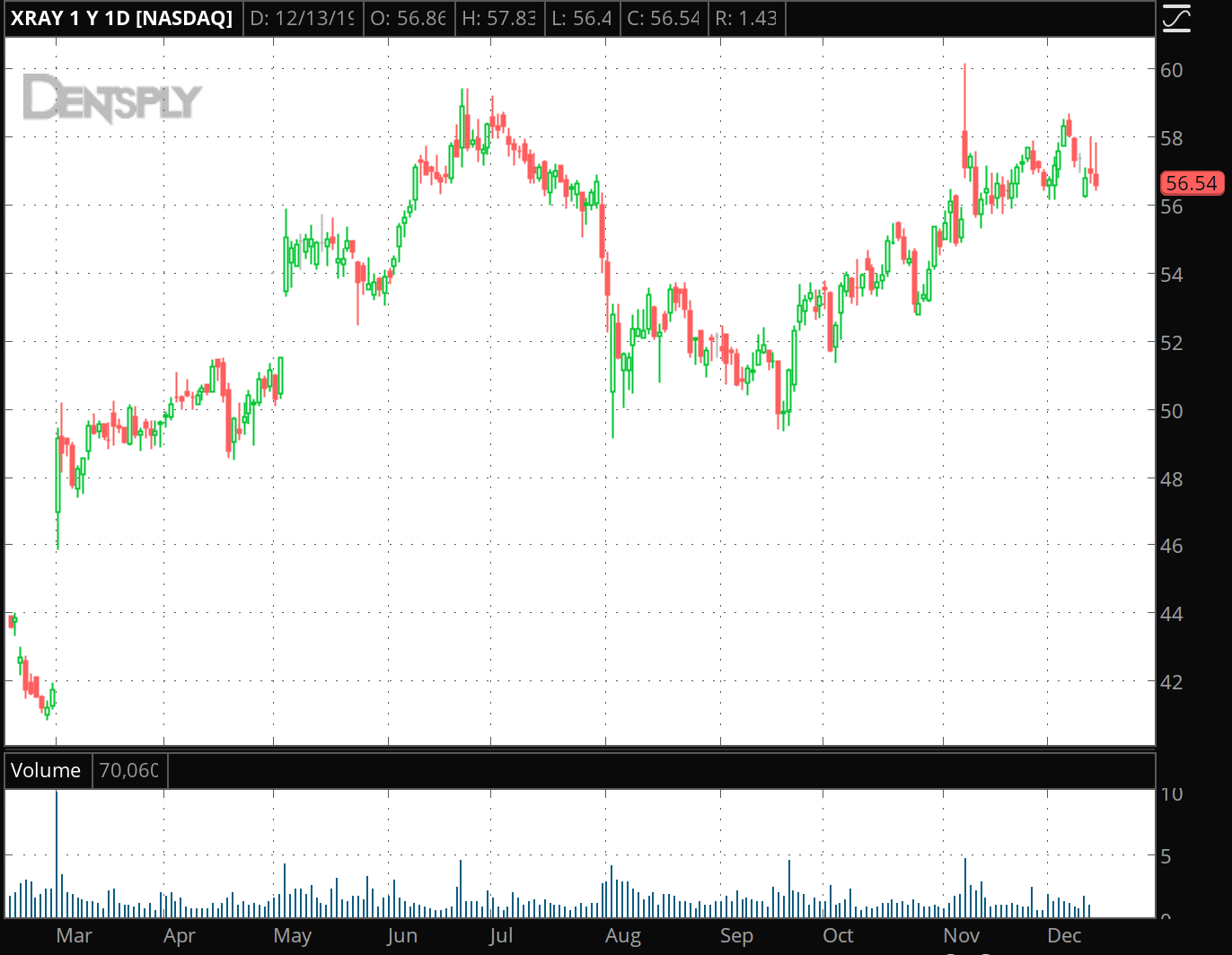 These three chart formations are just a handful of patterns that traders like me look at to identify possible trends, guys and gals.

I’ll be outlining plenty more in this letter, and I’ll be making money on them via my “casino strategy” — which has a 70% win rate! — in the premium Weekly Windfalls service!