Can These 3 Momo Stocks Pop Off?

The tech sell-off has led Wall Street to its third straight weekly loss.

With volatility picking up…

Some traders will react as if they’re deer in the headlights, while others will capitalize on the momentum trading opportunities.

Of course, I’m part of the latter camp, and that’s why every weekend, I look for potential momentum trading opportunities to set myself up for success.

This week, I’ve got three momentum plays on my radar that I believe will be in play.

They’re three stocks with some of my favorite patterns, and who knows… maybe one of them will be my highest-conviction trade idea one day this week.

Why These 3 Momentum Stocks Are On My Watchlist 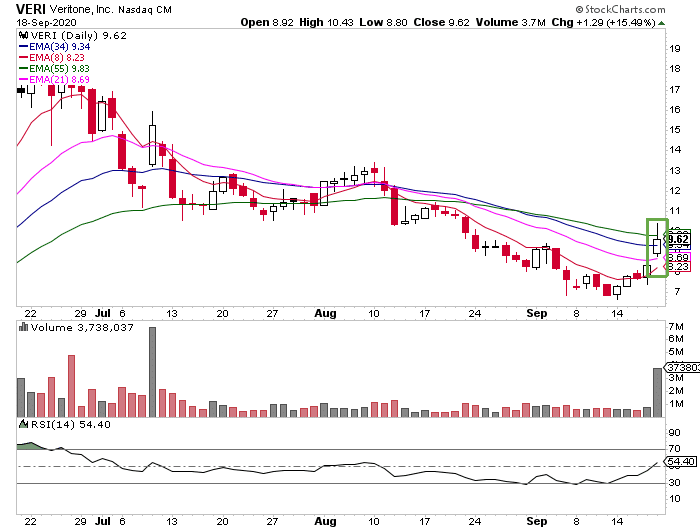 The company was awarded a $1.3 million contract with US Air Force to enhance satellite imagery analysis on Sep. 17, 2020. So there’s a catalyst on the table.

The float is 21.2M, and the short interest sits at 17.9% – possible squeeze combo here. You see, there’s not a whole lot of supply out there… and if the stock pops and build momentum, short-sellers may be forced to cover, leading to more demand.

That signals to me the stock has room to run higher, and I wouldn’t be surprised if it gets to the $11.50 area, followed by the $13 level.

This one is a former runner known to make outsized moves. If it fails to go down, many shorts can get caught on the wrong side of the trade.

On Sep. 14, 2020 Company reported promising results for its lead drug showing potential to trade Alzheimer’s Disease in Phase 2b. Not only that, but the stock caught an upgrade from Maxim.

With two catalysts on the table, I think this stock as some legs. 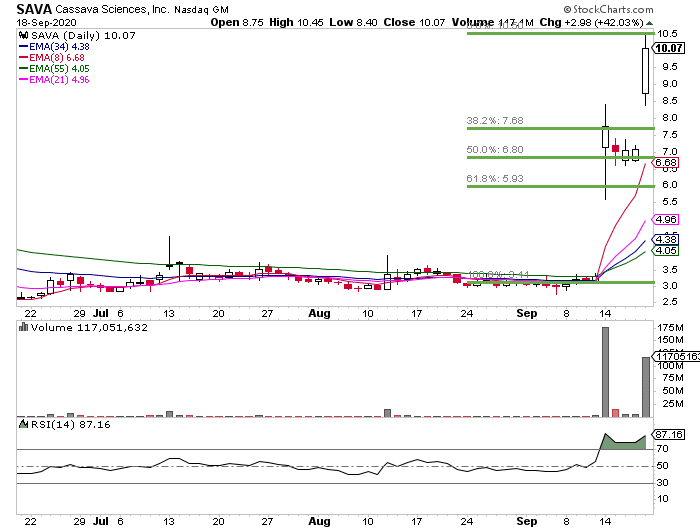 With this play, I want to remain patient and focus on key Fibonacci retracement levels for a potential entry.

Hyliion announces Robert M. Knight to join the Board of Directors. Mr. Knight served as CFO of UNP, ranked as the Best CFO by Institutional Investor for 6 consecutive years

There’s also a bull flag / pennant setup in SHLL, and if it can break out from there… I wouldn’t be surprised if SHLL makes new highs. 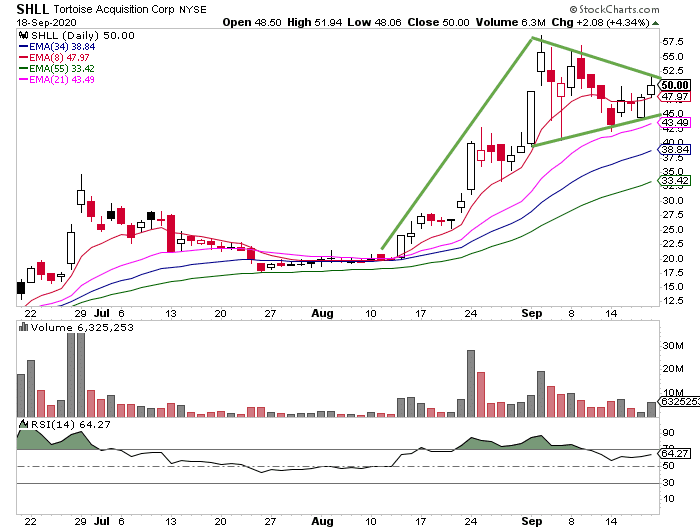 Uncovering momentum stocks to trade is my number 1 edge in the market.

Now I want to show you how you can find these trades on your own.

Click here to discover one of my favorite money-making strategies.

And how you can start applying it to start disrespecting this market.