Who doesn’t love making money in just a matter of minutes or less than a day?

As traders, we can get impatient sometimes and force ourselves out of a trade… just because it didn’t move within a certain timeframe.

Listen, the market doesn’t care about me or anyone else for that matter. It’s just going to move when it wants to.

However, there is one factor the market cares about…

By understanding how to identify where demand can pick up, and where there might be supply (sellers) in a stock… it can help you better time trades.

That’s how I was able to uncover this $8K+ winner in ROKU, which was alerted to Rooster Report subscribers BEFORE I took the trade.* 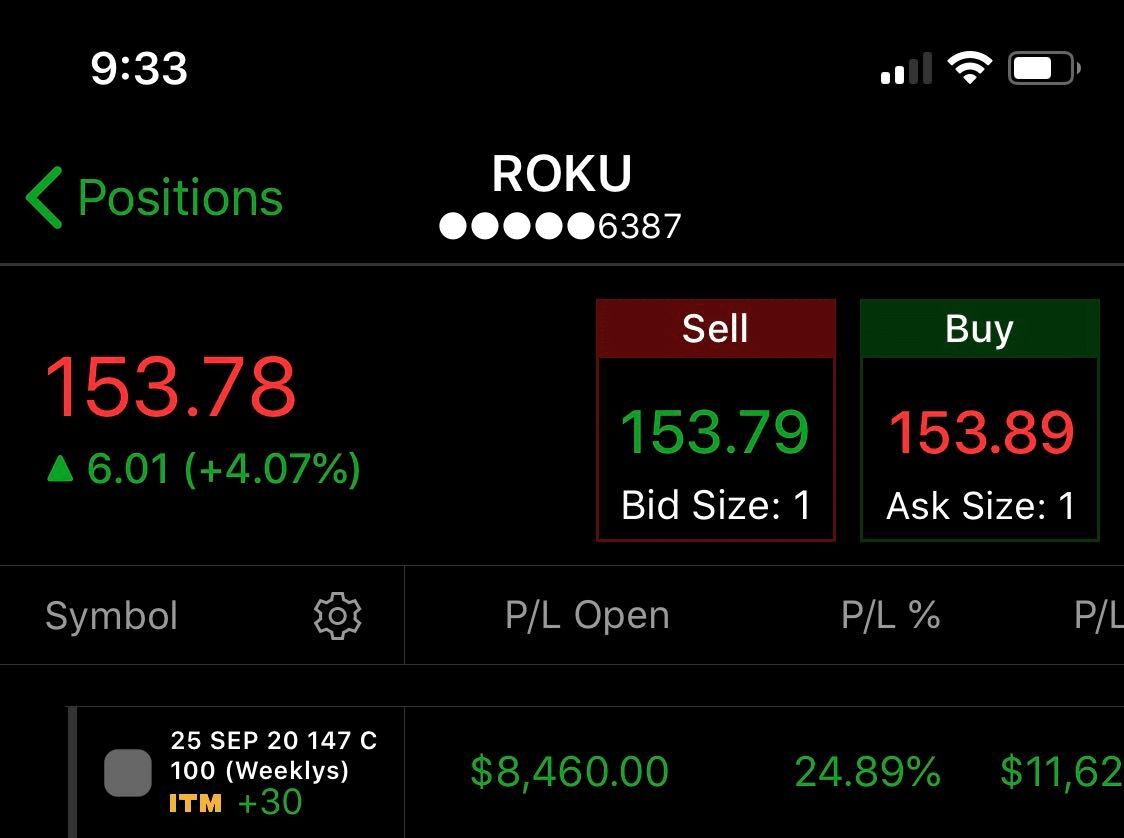 I want to show you how I spotted the trade and remained patient for the move higher.

Why You Need Be Patient As A Trader

Here’s what I sent out to Rooster Report subscribers last Friday.

ROKU is my trade today. I think this is gearing up for a $170 breakout, again, assuming the overall market doesn’t take a dip. It’s in a squeeze on the daily chart and rounding nicely right off the 34 EMA which would offer a really tight stop.

Range to $170 before resistance. Same as always on these options trades, I start ITM (in the money) so maybe $145 calls to give me high delta and more safety from quick decay of the option.

This is what’s called directional trading in which I play the higher priced stock continuation pattern with the lower priced option. As a general rule I’m looking 6-8 weeks out because if I’m too close on expiration and it stalls, the decay of the option speeds up.

Rooster Report is my highest-conviction trade idea for the day, so it can be tempting to hit out before the move happens…

However, there’s one tool I use to help me practice patient — chart patterns.

For example, check out ROKU on the daily chart when I was eyeing it for a trade. 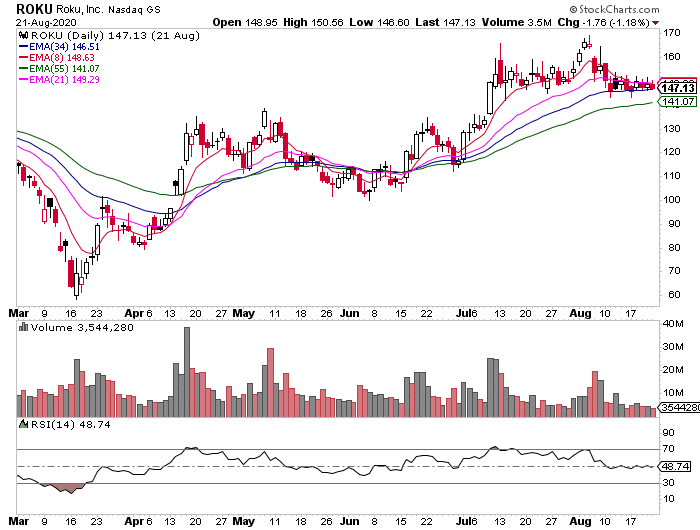 My stop was the 34-day exponential moving average (EMA), the blue line in the chart above.

That signaled to me I could remain patient and hold onto the position, just as long as it didn’t break too far away from the blue horizontal line.

Typically, when a stock gets close to a key EMA, the demand for the stock picks up. With ROKU, it can move fast, and it’s a little bit expensive to trade…

So that’s why I used calls to get more leverage.

The 34-day EMA held, and ROKU broke the 8-day EMA and exploded. 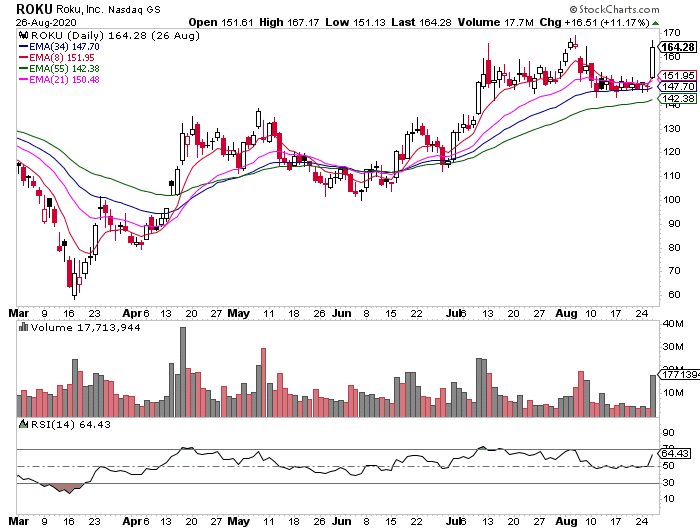 So that little move from around $147 (where the stock was around when I bought the calls) to $153 or so, those options went up about 25%…

And I locked in my gains.

My charts allowed me to be patient, and stick to my highest-conviction trade idea.

If you’re struggling with timing your trades or just have trouble coming up with ideas, you’ll want to check out Rooster Report.

It’s the 1 trade idea that I believe will grow my account, sent out to subscribers EVERY morning.