How to Short the Bond Market with ETFs

The U.S. government bond market was on fire heading into the end of 2017, but I think it’s finally put in a short-term top. The recent bond rally may have run out of steam, and U.S. government bond ETFs could start falling. That said, some traders are bearish on bonds and think bond ETFs could start falling. Now, shorting bond ETFs is not the only way to express your bearish opinion on bond prices. Outright shorting ETFs could be dangerous because they theoretically have unlimited upside potential. We simply don’t know where the ETF could run up to.

However , if you’re long put options on ETFs or in leveraged inverse bond ETFs, you reduce your downside risk. With long put options, your downside risk is capped at the amount you invested. When you’re long leveraged inverse ETFs, your risk is also capped because the ETF cannot fall below $0 (chances are it won’t fall to $0 when you’re long because they’re short-term investment vehicles). That’s why we use put options and leveraged ETFs to express our bearish opinion. In this post, we will be going over why our community thinks U.S. government bonds are weak and how to trade trade the iShares 20+ Year Treasury Bond ETF (TLT) put options and ProShares UltraShort 20+ Year Treasury (TBT).


If you want to trade bonds, there’s one key principle you need to keep in mind: As interest rates rise, bond prices fall, and vice versa.

The White House interviewed San Francisco Federal Reserve President John Williams to be the next Fed Vice Chair. Williams takes a more hawkish approach to monetary policy, and the markets are taking this into account.

Generally, when Federal Open Market Committee (FOMC) members hawkish, it means they’re open to rate hikes.That said, this could lead to a rising interest rate environment, and we know what would happen to bonds if and when that occurs.


Here’s a look at the Treasury Yield Curve: 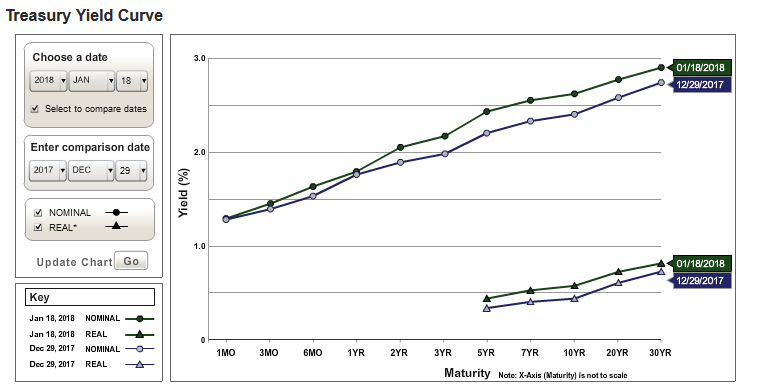 If you notice the comparison of the yield curve above, rates have been rising, leading to the weakness in bond prices. With the White House potentially placing hawkish members into the FOMC, interest rates could continue to rise. That said, we’re bearish on U.S. government bonds.

How to Short the Bond Market with ETFs

Enough with the fundamentals, let’s take a look at TLT on the hourly chart: 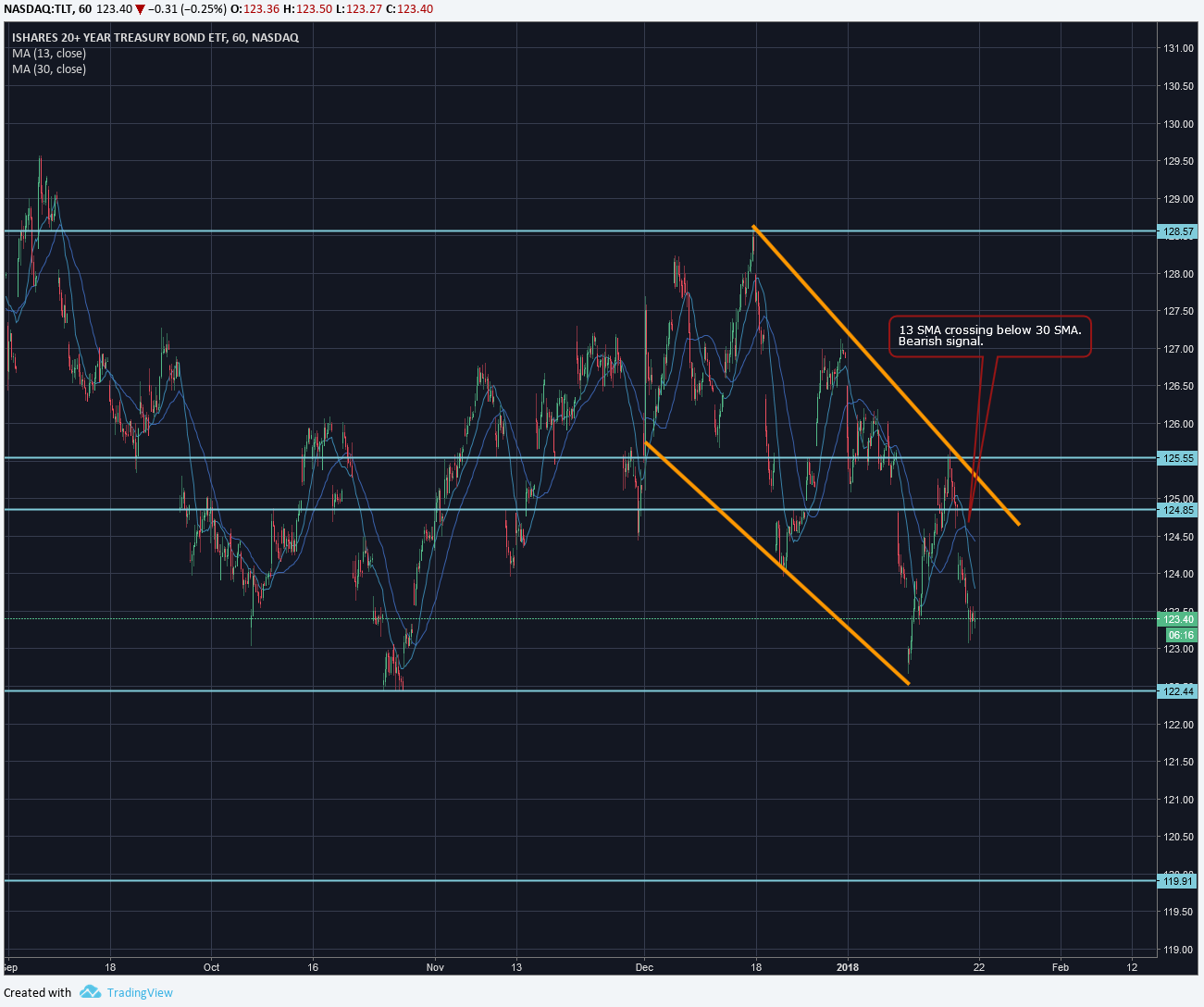 Notice how TLT is trading in a down channel. Additionally, the 13-period simple moving average (SMA) crossed below the 30 SMA. Those are bearish signals, and TLT has room to the downside. Rather than outright shorting the ETF and expose myself to a lot of risk, I’m in put options. With put options, my risk is limited to my invested premium. In other words, I’m placing a bet on a rise in interest rates and a fall in bond prices. For example, if you expect TLT to fall below $125 within two months, you could purchase put options with a strike price of $125 expiring in two months. Even if TLT starts to rise above $125, you would not be exposed because your maximum loss is the amount you invested. This helps immensly with managing your risk-reward.


The ProShares UltraShort 20+ Year Treasury is another way to place a bearish bet on U.S. government debt. TBT provides investment results corresponding to two times the inverse of the ICE U.S. Treasury 20+ Year Bond Index’s daily performance. That means if the index is down 1% one day, TBT should be up 2%, and vice versa.

Since TBT is leveraged, it is highly risky and should not be held over the long term due to the compounding of daily returns. If you hold TBT for an extended period, like multiple months, the investment results will most likely differ from your expectations.

U.S. government bonds have been getting crushed due to the potential changes in the FOMC. If rates do climb up, and the 10 year yield remains above 2.6%, then it could throw a bucket of cold water on this ongoing buying frenzy over the last few years. We’re going to keep an eye on the 10-year yield and the yield curve to give us an idea of where bond prices could be headed.

Disclosure: I am long TLT put options expiring on January 26, 2018.