What You Need to Know About Leveraged S&P 500 ETFs

Ever heard of leveraged exchange-traded funds?

Leveraged ETFs could be powerful tools for speculators looking to potentially scale their returns on investments. However, leveraged ETFs should only be considered by highly risk tolerant  traders. Before getting into leveraged ETFs, you should know the inner workings, and why the performance could be very different from the what you may expect. Let’s take a look at some examples.

Moving on, let’s see how the ProShares Ultra S&P 500 ETF is able to provide speculators with two times the return of the S&P 500 Index on a daily basis. The ETF holds S&P 500 Index swaps from various counterparties, and they are complex financial derivatives and could carry a high degree of risk. The risks associated with swaps include counterparty risk, liquidity risk and correlation risk, as well as leveraged risk. In addition to holding swap contracts on the S&P 500 Index, SSO also holds shares of companies in the S&P 500 Index.

Here’s a look at SSO on the weekly chart: 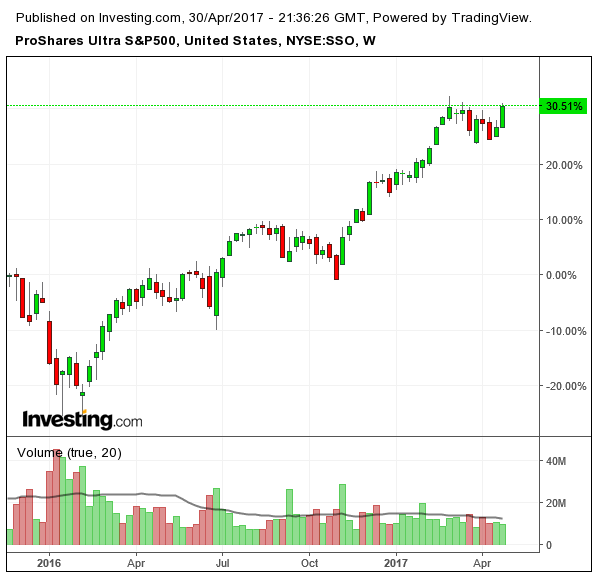 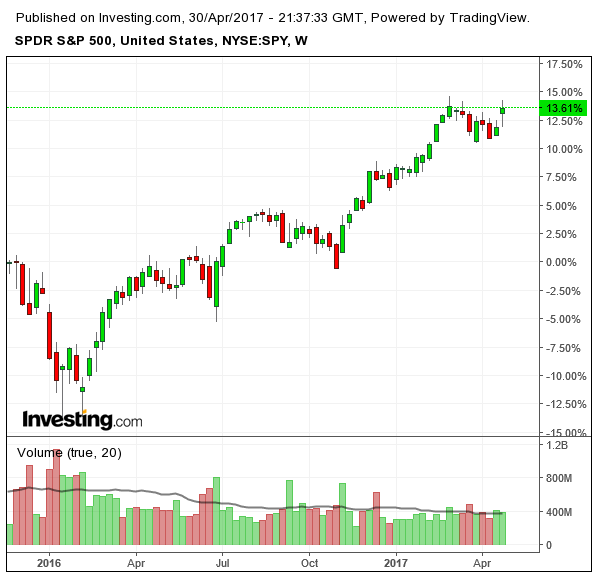 Let’s take another leveraged S&P 500 ETF from the same issuer.

The ProShares UltraPro S&P 500 ETF (NYSEARCA: UPRO) is similar to SSO, but UPRO seeks to provide daily investment results corresponding to three times the daily performance of the S&P 500 Index. Again, the ProShares UltraPro S&P 500 ETF uses swap contracts to provide leveraged exposure. However, it is not limited to using swaps, it could use other financial derivatives to provide three times leveraged exposure to the S&P 500 Index. Now, there are similar risks embedded here. Since UPRO holds swap contracts, there’s liquidity risk, counterparty risk and correlation risk, just to name a few. Now, the effects of compounding returns could be more pronounced with UPRO due to its three times leverage factor.

Let’s take another look at a hypothetical example. Let’s say you’re long UPRO at $100, and the S&P 500 Index fluctuates 3% up, then 3% down, followed by 3% up, and finally 3% down. Now, you might be thinking, well UPRO didn’t move at all. However, when you actually calculate these returns, UPRO would trade at $98.39, and you would be down 1.61%. That’s compounding returns for you. The takeaway here is to not hold leveraged ETFs for longer than one day.

Leveraged ETFs are best set aside for speculative traders who have a high degree of risk tolerance. Now, if you’re a long-term investor or swing trader who holds position for multiple weeks, you would not want to be long ETFs like SSO and UPRO over a prolonged period of time. Your capital could be eroded due to compounding of daily returns, and again, leveraged ETFs are extremely risky. If you know the intricacies of SSO and UPRO and have read through their respective prospecti, and you’re highly risk tolerant, you could allocate a small portion if you’re extremely bearish on the S&P 500 Index. However, keep in mind you should not hold something like SSO and UPRO for a period longer than one day, and you should understand that you could lose more than expected with leveraged ETFs.