Since marijuana has been legalized for medicinal use in many states across the U.S., as well as for recreational use in some, this industry has received quite a bit of hype. In the trading world, marijuana stocks have also gained a lot of traction in the recent past. Manufacturers of the drug are listed on the major stock exchanges, offering opportunities for individuals to get involved in the marijuana industry. Before you invest in marijuana stocks, take a look at the trends and learn more about this industry to be more well-informed.

What Are Marijuana Stocks?

Marijuana stocks are available from companies that grow and distribute marijuana, also known as cannabis, to customers throughout the world. As more states within the U.S. are looking to legalize or decriminalize the use of marijuana, especially for medical use, the industry has exploded. According to some experts, the marijuana industry could triple in value over the next five years, which has generated a lot of interest among investors who want to profit from this boom.

It’s helpful to understand the different types of marijuana, as well as the various types of marijuana stocks available, so you can determine what you want to invest in when going down this road. The two main types of marijuana are medicinal and recreational. Manufacturers are making new types of products that contain marijuana, including edibles, topical products, and many other options for those who don’t want to smoke the drug.

Marijuana can contain many types of cannabinoids, which are the substances that act on the cannabinoid receptors in the body, although the two most well-known are tetrahydrocannabinol, or THC, and cannabidiol, or CBD. THC is the cannabinoid that produces a psychoactive effect, while CBD does not. Products containing only CBD have been legal in most states for years, while THC is becoming legalized in certain areas, but only more recently. Hemp is a strain of a cannabis species that contains higher levels of CBD and low levels of THC. It is also used in fibers for making clothing and rope.

The main types of marijuana stocks include companies that grow cannabis, biotech companies that produce strains for medical use, and providers of services and products that support the growth of cannabis.

Deciding to invest in marijuana stocks requires careful consideration, as it can have political and legal implications, as well as inherent risk that increases if states pull back on the legalization and/or decriminalization initiatives. However, those who do choose to invest may be able to earn high returns, as the industry is currently expanding rapidly to keep up with supply demands.

Some of the top-performing marijuana penny stocks have increased by up to three times in value over the last few years. The major increases are mostly based on the belief that success rates of companies providing marijuana and related products will skyrocket as more states take steps to legalize the drug for medical and recreational use. California is one of the leading states in the medical and recreational marijuana industry.

One of the marijuana penny stocks to consider investing in is General Cannabis Corp. In 2016, the value per share was $0.75, which then increased to $8.00 per share by the start of the following year. Although it isn’t listed on a traditional stock exchange, you can still potentially invest in the company as an over-the-counter opportunity. This company is involved with several aspects of the industry, including marketing, consulting, and advising.

Another appealing penny stock option is Aurora Cannabis, which is traded on the New York Stock Exchange as ACB. Its shares have increased by more than ten times in the last three years and its presence on the NYSE lends credibility to the company. In 2018, Aurora Cannabis brought in more than $55 million in revenue, marking a positive net income. It also has over $150 million in assets and about half that in liabilities, making this company one to think about investing in when you want to get involved in the marijuana industry.

Aphria is also a marijuana penny stock you may want to think about adding to your portfolio. This company works with the Canadian government to produce hydroponic cannabis, which is sold for medical use. Its shares have dramatically increased in value since 2016. You can trade the shares on the NYSE as well.

Medical marijuana stocks are slightly less risky because many states in the U.S. currently have some type of law in place relating to the use of the drug for medical purposes. In fact, 31 states have legalized medical marijuana, with more expected to do so in coming elections. According to projections from several major research and analysis firms, the global medical marijuana market should more than double in value by 2022.

When considering which medical marijuana stocks to invest in, look at key attributes like the company’s financial status, competitive position, and opportunities for growth. Although many medical marijuana companies are not yet profitable, they can still be contenders as long as they have defined plans for achieving profitability.

Canopy Growth is the largest producer of marijuana in the world based on market capitalization or the total value of the outstanding shares. It currently serves both the medical and recreational markets in Canada, as well as the medical markets in countries across the globe. The company invests heavily in expansion and building its operating platform. Based on this information, it should be on the right track to start generating profits in the near future.

KushCo Holdings is another medical marijuana stock to consider. It supplies packaging solutions to the cannabis industry in the U.S., including vaporizer cartridges, pop-top bottles, and tubes, as well as solvents and gases used to extract cannabinoids from the marijuana plant for use in oils and other cannabis products. Its revenue is increasing dramatically, partly due to acquisitions, marking impressive growth opportunities. The growth of the company is likely to continue as the marijuana market in the U.S. continues to expand.

One of the top marijuana stocks to add to your portfolio is Innovative Industrial Properties. It’s a real estate company that leads the nation in providing land to the cannabis industry in the United States. Its organization as a real estate investment trust (REIT) makes it a more attractive investment option because the risk is spread throughout multiple tenants. The government has regulations in place on REITs that require the distribution of at least 90% of its taxable income to its investors in dividends. Throughout 2018, Innovative Industrial Properties was profitable, thanks to its solid cash position and lack of debt.

You may also want to invest in Liberty Health Sciences, a marijuana producer with its primary operations in Florida. In addition to producing, this company operates medical cannabis dispensaries. By 2022, it is predicted that the state of Florida will have more than $1.7 billion in medical marijuana sales, and Liberty Health Sciences claims about 15% of the state’s market. Additionally, Florida limits the number of entities that can produce and distribute cannabis, which gives this company a leg up, as it already holds a license to do so.

How to Invest in Marijuana Stocks

As you consider investing in marijuana stocks, you should take a similar approach to how you invest in other industries. It is always important to review certain aspects of a company before investing in it, including its potential for profitability and growth in the recent past. You should also consider the inherent risks of investing in marijuana, such as imbalances between supply and demand, as well as political and legal concerns that can implicate this market.

When looking at the financial viability of the companies in which you may want to invest, consider the production costs of cannabis, including the all-in cost of sales per gram of the drug. Many companies in the marijuana industry are based in Canada, so the international operations and distribution can pose some risk as well. The growth of the marijuana industry has created an increased risk of dilution, which you should consider.

If marijuana stocks fit into your portfolio, invest carefully and keep the total as a small percentage of your overall investments. Keep an eye on changing laws and regulations, business strategies, and any competitive forces that may impact the marijuana industry in the U.S. and abroad. By being cautious in your investment strategy, you may be able to take advantage of the growth in this industry without taking on too much risk.

At Raging Bull, you’ll learn more about investing in marijuana stocks and other types of stocks that are increasing in value right now. Our experts stay current on the latest news and hot topics to help you maximize your portfolio and make the best investments for your needs. Join a free webinar or download an e-book to learn more about trading so you can get involved in this fast-paced and exciting world.

Aphria (APHA) – A Look into This Medical Cannabis Co. 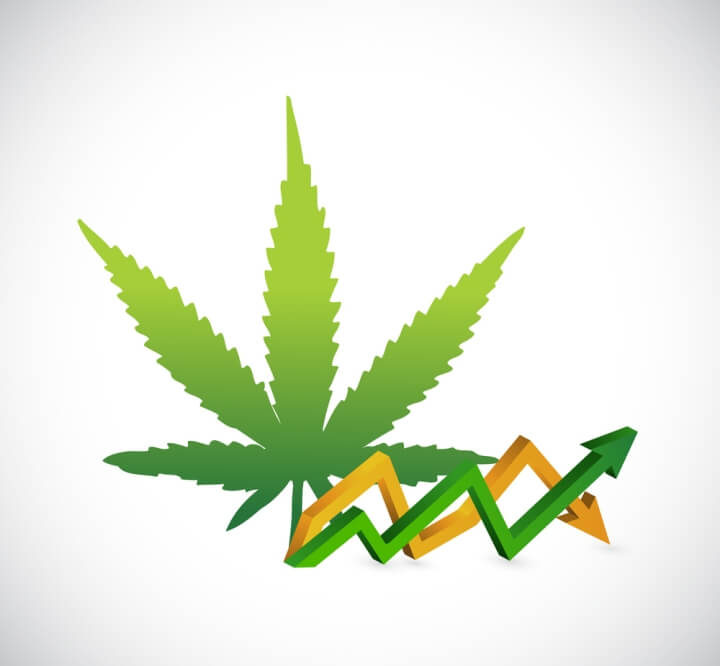