Serving His Country AND Providing For His Family 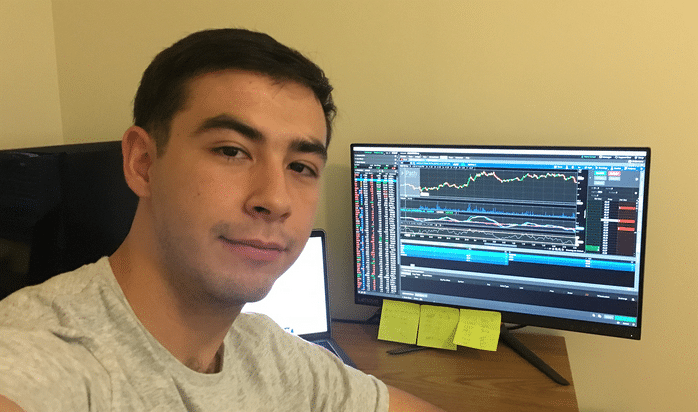 In fact, his plan is to become a full-time trader in just one more year.

Currently 105% up in his portfolio, Thomas is well on his way.

Thomas began his trading career with absolutely zero knowledge of the stock market.  Having never traded before in his life, he knew his first step must be to learn.  And learn he did!

Thomas went to the top of the ladder and contacted world-renown swing trader and teacher Jason Bond to get expert help on how to become a truly successful stock trader.

Thomas, congrats on a GREAT MOVE! 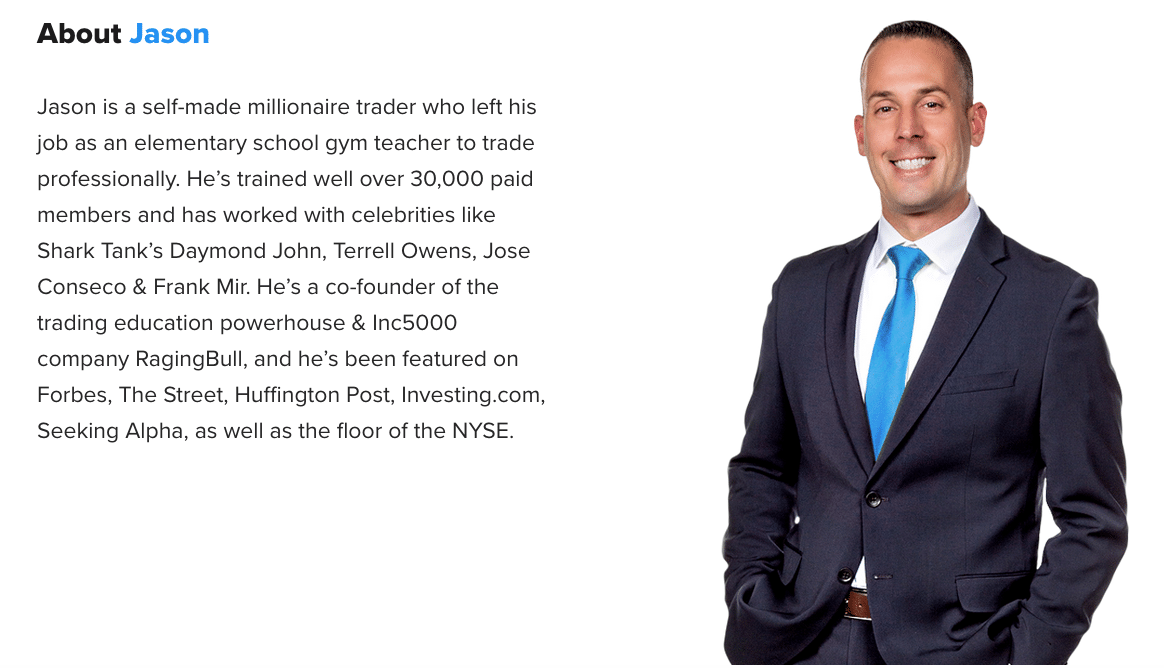 Thomas states, “Needless to say, I liked Jason’s enthusiasm, his credibility, and his easy-to-follow teaching methods. So I signed up, and dove head first into his system, and the Jason Bond Picks online community.

Jason teaches his members to look for 5 to 20% gains within the same time frame as you would with penny stocks, but the stocks we look for usually have the same potential. And they seem a lot safer than the penny stocks I had been trying to trade with the other service.

It wasn’t until I found Jason that I had any real success. Most importantly, his teachings gave me the motivation and confidence I needed to become the best trader I can be.”

After only 6 months of Jason’s lessons, Thomas is now in the “driver’s seat” of his financial future.  Not to mention a couple of sweet vacations with his wife, and the purchase of some other goodies!

“I was able to reward my awesome wife and myself with two trips to Tokyo, and a trip to Seoul, South Korea. I also upgraded my workspace with a new MacBook and monitors.

All this and more has been paid for by the profits I’m consistently making with Jason. Like I said before, the best thing that has changed me the most is the extra confidence I now have when I’m trading. Even though I’m still a newbie, sometimes I feel like a real pro.”

Perhaps you’ve dreamed of financial success and independence just like Thomas did.  Or maybe you’re just after some extra income to be able to enjoy some of the finer things that money can buy.   Whatever your goal in the end may be, Jason Bond is THE man to know.

As featured in news outlets across the globe, Jason has earned a solid reputation for solid results with students from nearly all walks of life.

Best News Of All…

Jason’s lessons are easy and require ZERO obligation or cost to explore.  It’s true. Jason’s transparent approach is what places all the information you could need right at your fingertips in a format that is easy to understand and even fun!

Look Right Here and see for yourself.  It’s a conversation you’ll not regret having.

Thomas Warren’s story is NOT one-of-a-kind.  Far from it. He is simply an example of what quality training, and mentoring, can produce.  Even produce quickly.

So give yourself a chance Right Here Right Now to write your own story!

Jason is offering THIS limited time opportunity to get value beyond belief for zero obligation or cost to explore.  You owe it to yourself to not miss this chance to see for yourself what Thomas and thousands of others have already discovered…

Neither Raging Bull nor RagingBull.com, LLC (publisher of Raging Bull) is registered as an investment adviser nor a broker/dealer with either the U. S. Securities & Exchange Commission or any state securities regulatory authority. Users of this website are advised that all information presented on this website is solely for informational purposes, is not intended to be used as a personalized investment recommendation, and is not attuned to any specific portfolio or to any user’s particular investment needs or objectives. Past performance is NOT indicative of future results. Furthermore, such information is not to be construed as an offer to sell or the solicitation of an offer to buy, nor is it to be construed as a recommendation to buy, hold or sell (short or otherwise) any security. All users of this website must determine for themselves what specific investments to make or not make and are urged to consult with their own independent financial advisors with respect to any investment decision. The reader bears responsibility for his/her own investment research and decisions, should seek the advice of a qualified securities professional before making any investment, and investigate and fully understand any and all risks before investing. All opinions, analyses and information included on this website are based on sources believed to be reliable and written in good faith, but should be independently verified, and no representation or warranty of any kind, express or implied, is made, including but not limited to any representation or warranty concerning accuracy, completeness, correctness, timeliness or appropriateness. In addition, we undertake no responsibility to notify such opinions, analyses or information or to keep such opinions, analyses or information current. Also be aware that owners, employees and writers of and for RagingBull.com, LLC may have long or short positions in securities that may be discussed on this website or newsletter. Past results are not indicative of future profits. This table is accurate, though not every trade is represented. Profits and losses reported are actual figures from the portfolios Raging Bull manages on behalf of RagingBull.com, LLC.