Now, probably the most memorable trade of 2016 happened late in the year, actually November to be exact.

The company stock price went from “penny stock” status to soaring past triple digits. An epic move to say the very least. Some believe the move was sparked by Trump winning the election.

You see, the company specializes in drybulk carriers and offshore support vessels. And this is a sector that some believe will thrive under the new regime. Of course, there were some supply and demand mechanics at play too. 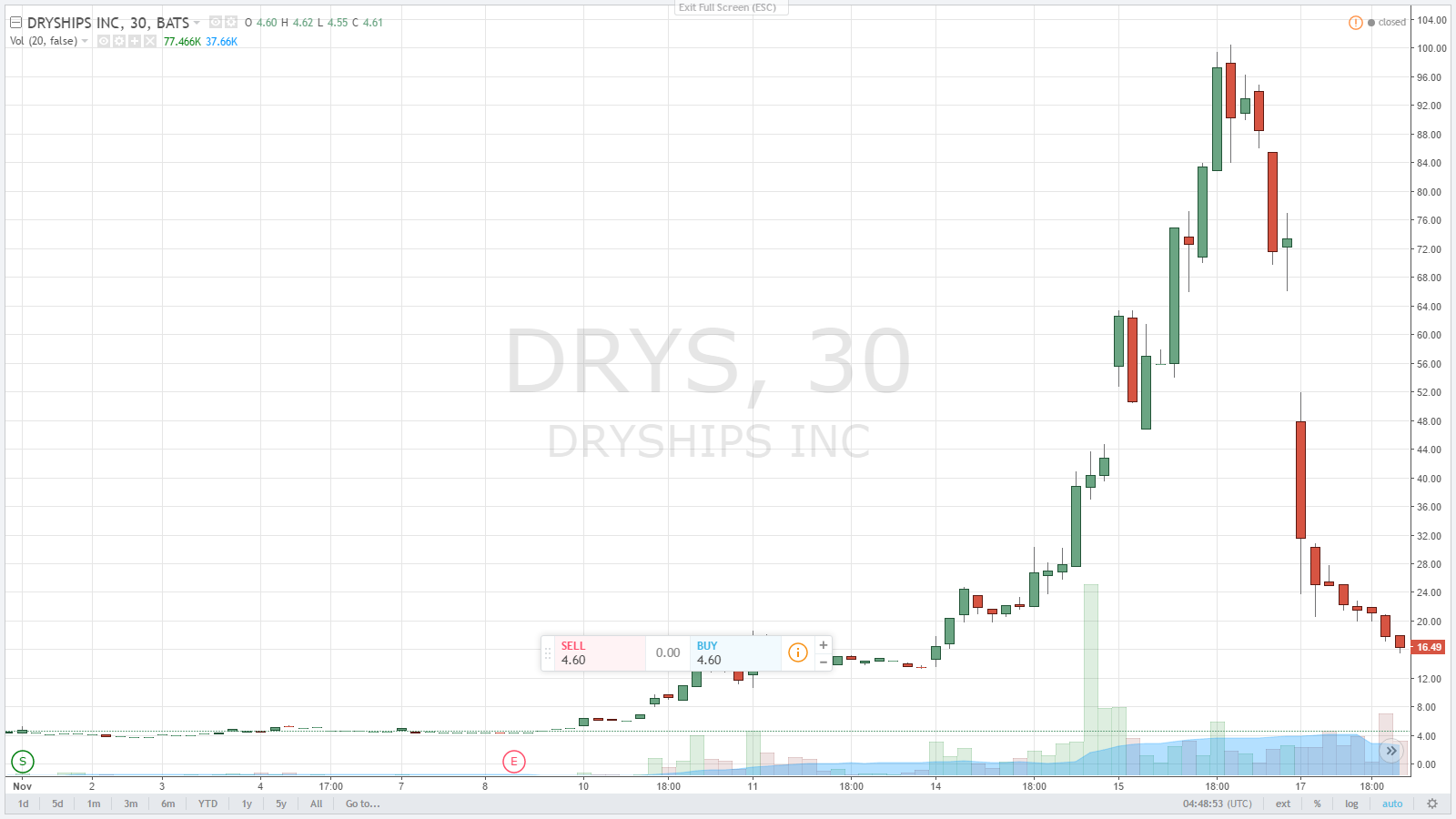 So at the time, the float on this stock was around 1 million shares  and a decent percentage of that float were short the stock. Mix a catalyst and these type of supply and demand dynamics, it becomes a recipe for some fireworks.

For some, it was the mother of all short squeezes.

When a stock in a niche sector starts to move big in one way or another… similar type companies might follow in their suit.

For every $1 DRYS was going up the company gained a little bit more than $1 million in market cap. The thinking is, if DRYS market cap is growing, shouldn’t the value of companies that are around the same size, and do around the same thing see a rise in their stock price too?

Well, yes they should… and a lot of times they do.

In the case of DRYS or any stock, you can figure out who similar companies are by going to a basic website like Google Finance.

If we just base our decision on market cap, we wind down to two companies. Euroseas (ESEA) and Top Ships (TOPS).

Some traders who caught on early starting buying shares of these “sympathy” stocks, and you know what?

Both ESEA and TOPS enjoyed triple digit returns at their peaks.

Savvy traders were able to recognize who the similar companies were early and ride the wave higher. As shown, you can get the list from a basic website like Google Finance.

You can get more in depth too. For example, examining if they have similar floats and short interest. In any event, the information is readily available and accessible to anyone.

On some occasions, market participants might get more speculative and start bidding up companies that are not really similar companies. Again, if you can pick up on that early, there is potential money to be made on the short side.

You’ll see the sympathy play the most in very niche sectors. Not all sympathy plays are strong relationships, some are speculative at best. With that said, picking up on these relationships is key, there is money to be made on the long and short side of these trades.