The Basics of the Bear Put Spread 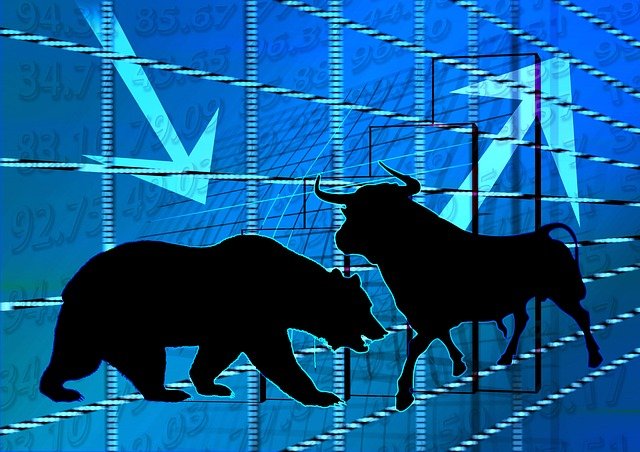 Image via Pixabay by geralt

All vertical spreads involve buying and selling either calls or puts with the same expiration date at different strike prices. This is opposed to calendar spreads, which involve buying and sells calls or puts with different expiration dates at the same strike price. Traders need to make sure that the proceeds from writing options cover the costs for buying options, which there will be less risk of a greater loss. Here’s an in-depth look at the four types of vertical spreads:

A bull call spread occurs when you purchase a call option while simultaneously selling a different call option (with the same underlying asset). The option being sold will have a higher strike price. This is called a debit spread, which means that the maximum loss is held only to the net premium and is then paid for the position. The maximum profit will be equal to the change in the strike price of the calls minus the net premium, which is paid out to put on the position.

A bear call spread happens when you sell a call option while simultaneously purchasing a different call option. The option being bought will have the higher strike price. This is called a credit spread. This means that the maximum gain is held to the net premium, which is received for the position. The maximum loss is the same as the difference between the strike price of the calls minus the net premium received.

A bull put spread takes place when you write a put option while simultaneously purchasing a different put option. The option being sold has a higher strike price, which is a credit spread. This means that the gain is restricted to what the net premium is for the position. The maximum loss is the same as the difference between the strike price of the put minus the net premium that’s received.

A bear put spread, also known as a put debit spread or debit put spread, is when you purchase a put option at a higher strike price while simultaneously selling a put option. This results in a debit spread, which means that the maximum loss will be restricted to the net premium that’s paid for the position. This profit is equal to the difference between the strike price of the put minus the net premium that’s paid out to put on the position.

The Basics of a Bear Put Spread

A vertical bear put spread is a common strategy used as an alternative to just buying a put option. Traders use this strategy when they expect a stock to decline modestly. It involves buying a put option with a higher strike price while simultaneously selling a put option at a lower price. This is a relatively advanced strategy, so it can take some time, patience, and practice to learn.

It’s important to note that since we’re dealing with options, they can be exercised at any time before the expiration date. That means you may have to buy or sell the option before the stock drops enough to make a profit. Options could be exercised early if there’s a major company announcement, like a merger or a major change in direction or vision. Since these are relatively big, uncommon events, this risk is relatively low.

O ne of the advantages of selling and purchasing a put option is that the risk is controlled. The cost of buying an option at a higher strike price is reduced by selling an option at a lower strike price, meaning you don’t have to put as much money in upfront to buy the option. When you short sell a stock on its own, your loss could potentially be unlimited if the stock rises. A bear put spread helps reign in this risk.

The bear put spread is a great alternative to buying put options in situations when you want to speculate lower prices but not commit to trading a great amount of capital or selling short stock. Bear put spreads take a little bit of time to get the hang of, and you need to carefully watch market trends to ensure stock prices actually drop. You may want to employ bear put spreads in conjunction with other trading strategies to find the right balance.