How to use moving average crossovers to potentially multiply your capital

How to use moving average crossovers

Here’s a look at an example of a moving average crossover on the hourly chart of the SPDR S&P 500 ETF (SPY). 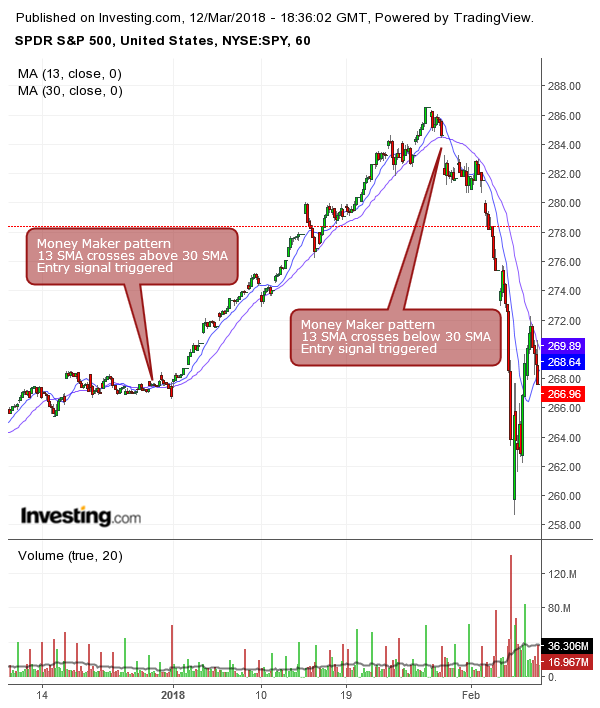 Moving on, let’s take a look at a trade in which I used moving average crossovers to get into options on the underlying stock.

How to use moving average crossovers with options

Take a look at the VanEck Vectors Gold Miners (GDX) on the hourly chart: 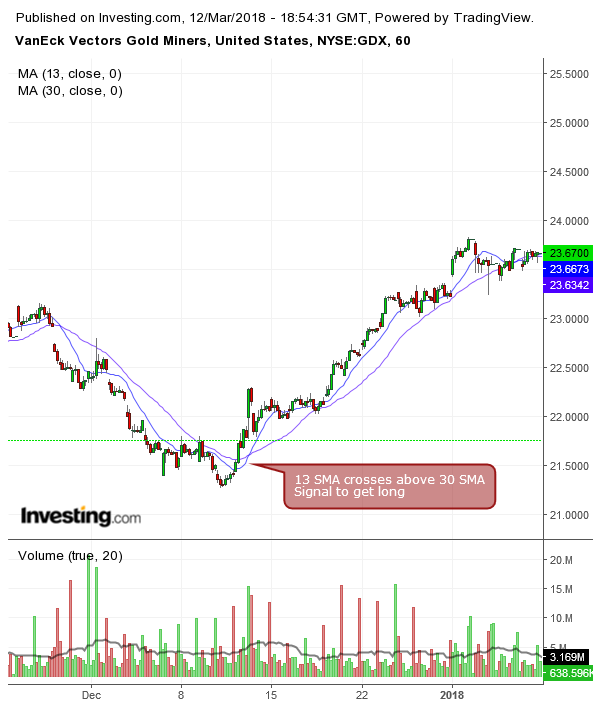 If you notice the chart above, the 13-period SMA looked like it had potential to cross below the 30 SMA. Now, this worked on the way up, so I figured this would work on the way down. Additionally, around a 10% in GDX over this period was a big move. I thought GDX was losing steam, so I purchased 200 GDX put options with a strike price of $23.50 at 28 cents a piece. This was a capital outlay of $5,600.

Here’s what happened after: 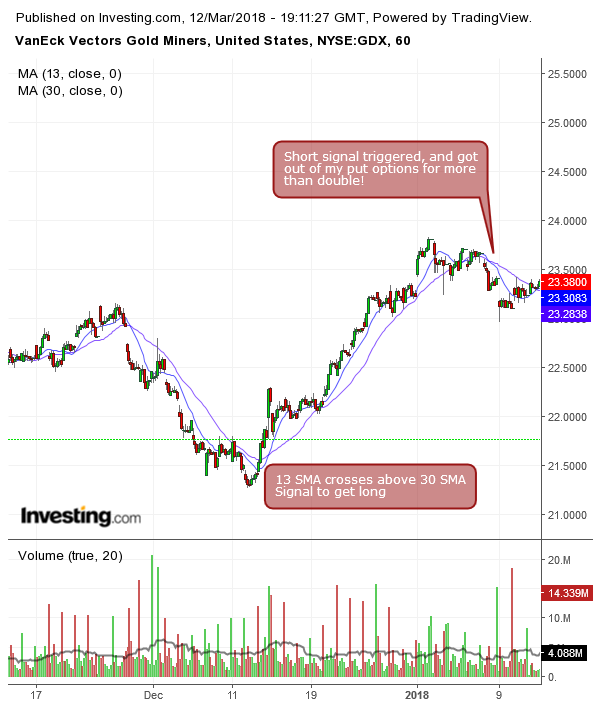 Well, off of this small move, I was able to make 105% of my initial capital outlay, or $5,800. This all happened in just a few days. That’s the beauty of options. You’re able to leverage your capital and multiply your money on small moves.