How a Straddle Option Works, and Why You Should Care

Let’s face it, most investors who ever get involved with options will stick to the basics – calls, and puts. However, what sets options trading apart from equity trading is its versatility.

For example, the straddle option is a volatility strategy.

Even if you never trade it, it’s one of the most helpful indicators around.

You see, unlike historical volatility, which is measured by past stock price data, the straddle is priced on traders future estimate of volatility, its implied volatility.

In other words, it’s the markets best guess on where it thinks a particular stock or ETF will trade.

Do you see how this is important even if you never trade a straddle option?

An straddle option consists of two options, a call and put option, same strike, and expiration. To buy a long straddle, you simultaneously buy the at-the-money call, and at-the-money put. This trade is done for a debit, and be executed as a single order.

How do you come up with that price?

Despite the SPY not trading at 267, we can argue that it’s close enough to use for at-the-money.

The most you can make on a straddle is unknown, it has the same upside potential as someone being long stock. How high can a stock go? That said, the max risk on a long straddle is defined to the premium spent. In this example, it’s $9.03.

What The Long Straddle Is Saying

Because you are buying a call and put option of the same strike, you are not necessarily making a bet on which direction the stock or ETF will go. What you are saying is: these options are cheap, I don’t know where this stock is going to move (up or down) but it’s going to move a lot more then what traders think.

How Traders Use The Long Options Straddle

Straddles are often quoted ahead of an event like an earnings announcement, FDA release, economic report, or any other catalyst.

For example, ahead of its Q4 earnings release, the straddle option in Netflix (NFLX) was implying an 8.5% move. Now, with the stock trading near $353 per share, an 8.5% move would mean about a $30 move. Is that even reasonable?

On 4/18 it moved 9.2%, on 1/18 it moved 10%, and on 7/17 it moved 13.5%, to name a few recent times its happened. Given the move, stocks had the months prior to earnings, and the current investor sentiment, an 8.5% move is not extraordinary. That said, if you think it’s expensive, you can always take the other side of the trade. And because of that, the market does a pretty good job of handicapping these trades. 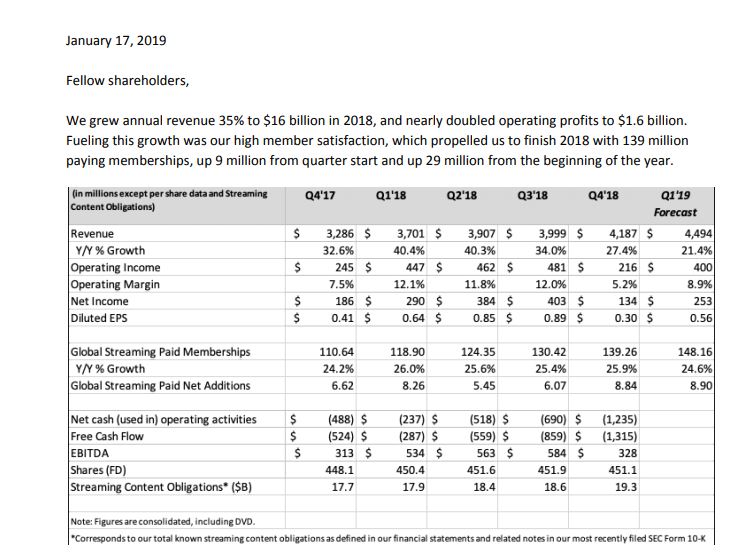 Despite some impressive numbers on subscriber growth, Netflix missed slightly on revenues. That said, the following day shares declined by 4% or $14. Options traders who bought the at-the-money straddle woke up the next day feeling like they got kicked in the groin. You see, not only did Netflix not move $30, but all that premium in those options got squeezed.

When are options most expensive?

Ahead of a catalyst.

It’s the uncertainty that makes traders bid up options, and drive up their price. For example, if stocks are crashing, and everyone is running to buy puts, they’ll juice premiums up. On the other hand, doesn’t it make sense for implied volatility to drop after the outcome of the unknown event?

That said, Netflix’s implied volatility dropped by 25% after it announced earnings.

The long straddle is a volatility trade. That said, you are anticipating the stock to move much more than what the market does. You can look at volatility charts and compare the present to the past. Maybe traders are underestimating the impact a catalyst.

For example, traders who bought straddles in November on PG&E (PCG) made a bundle. The utility company is facing liabilities of upwards of $30B for the deadly California wildfires caused in 2017 and 2018. That said, in November it went from $47 to as low as $5 in less than two months. 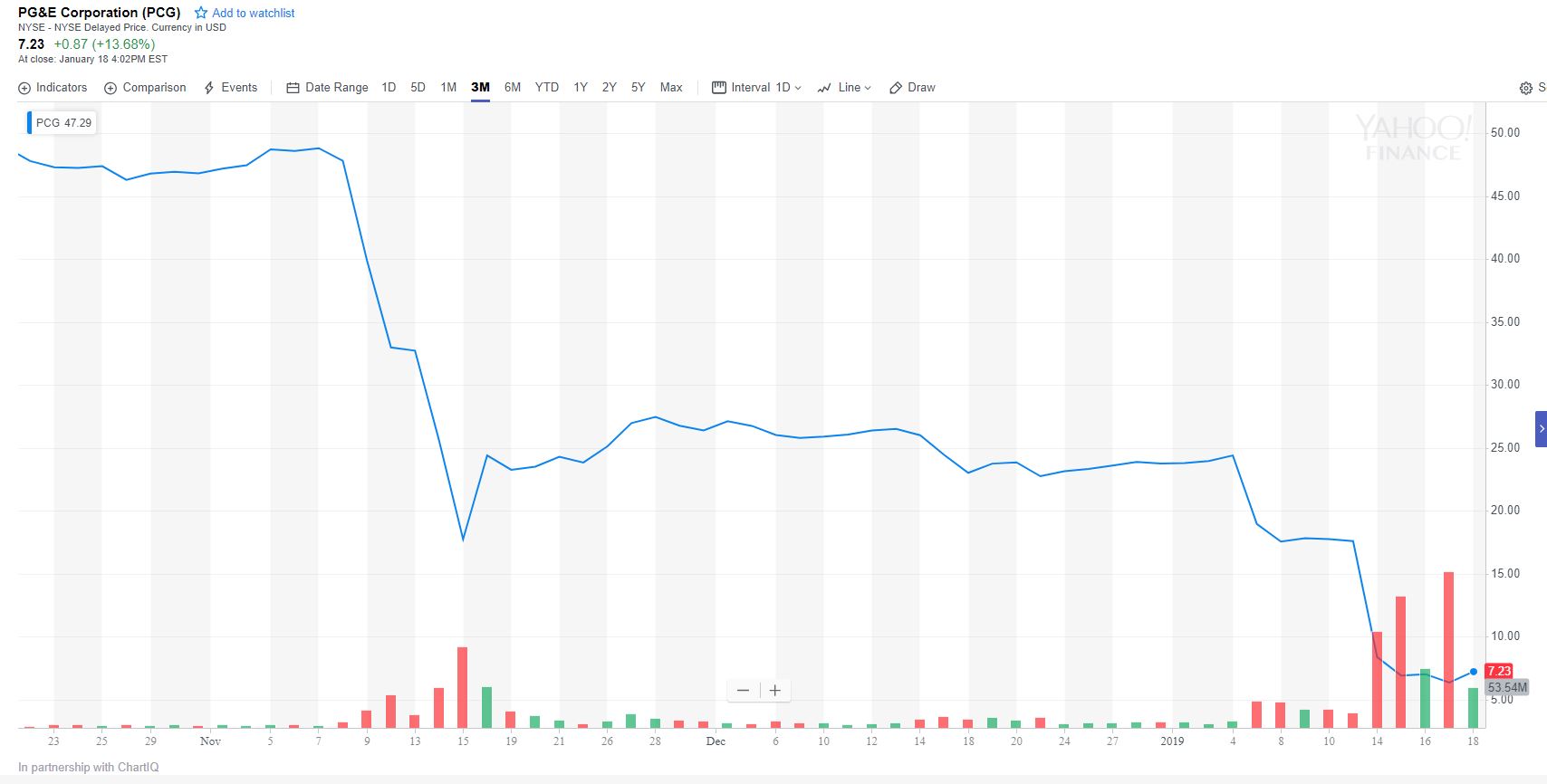 With the company facing bankruptcy, not too many people saw it coming until it was too late. Long straddles can also be an interesting strategy as options near expiration.

Options are wasting assets. As you approach expiration, an option will either expire in-the-money or expire worthless. That said, straddles become harder to price when they are expiring within a few hours or minutes. After all, who can really predict where a stock will close in such a short period of time.

What You Should Know About Short Straddles

You should probably avoid short straddles unless you are well capitalized. It has the same risk profile of a trader who is naked short a stock overnight. There are plenty of problems with that.

For example, what if you shorted a straddle that was acquired over the weekend, and on the following Monday it’s trading 40% higher.

You see, there are some things you can’t hedge off if you are naked short a straddle.

However, that doesn’t mean the strategy is no good. In fact, it’s a viable strategy if you are experienced.

For example, if you trade an ETF like the SPY, then there is no takeover risk. No earnings surprises, or company-specific news that can drive up or push down a stock.

If you think a stock is going to make a big move but are unsure which direction it’s going to go, then consider looking into the options straddle. Even if you never trade it, its useful to track straddle prices because of its the markets best estimate of volatility. We can even use a straddle option as a gauge on whether a move is extended or not.