How Options Work Around Earnings Season

Some traders like options during earnings season, it allows them to manage risk more effectively. However, because the market is anticipating greater volatility around an earnings announcement, the price of options get more expensive.

Take a look at Twitter options the day before it announces Q1 2017 earnings. 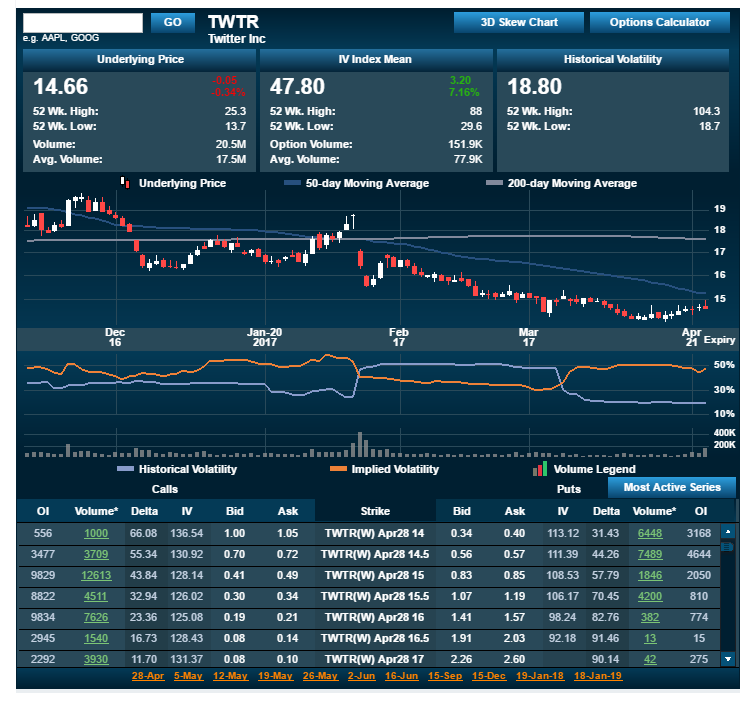 What does that mean?

Well, we will need to do a little simple math first. Assume, that the odds of Twitter going up on any given day is 50/50. For the most part, the model that is used to price options believes that. That said, the model assumes that the return should be zero, since the odds are 50/50. Of course, that is not true stocks actually tend to drift higher. But the purpose of the model is to simplify trading, be robust, and reliable.

The option model also believes that returns on the underlying stock are normally distributed. 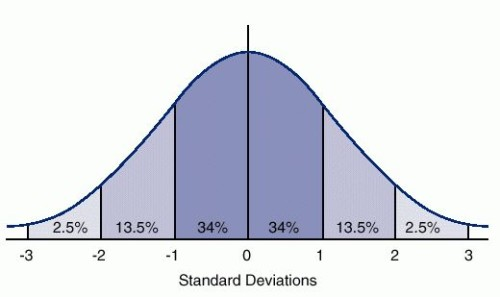 If you’ve ever taken a high school or college course with a “curve” — that is the curve they are referring to.  The option model uses standard deviation as its measure of volatility.

Now, whenever you see option volatility, it’s expressed in annual terms. Remember this number 15.9;  the square root of the number of trading days in a year.

Of course, for many stocks in the market, its most volatile period is around an earnings release. The option market is well aware of this, and have rightfully adjusted its prices to fully reflect higher volatility.

In this Twitter example, the options expiring during the earnings release were rich in premium. For example, if you searched across the various options that Twitter has, you’ll see that it has an IV of 47.80. However, the options that are closest to where the stock is trading, are the 14.50 strikes.

In other words, according to these numbers, the option market is anticipating Twitter to move 7.62% on this earnings release.

How can this be useful?

For the most part, the option market over prices options ahead of an earnings announcement: it’s not very common to see them underpriced.

If options are generally expensive what can you do?

The most economical way is to create option spreads. For example, if you bought the $16 calls $0.21, you would need the stock to move to $16.21 just to break-even. That’s a 10.5% move from where the stock closed at. You see, some rookie trader might think, wow, only $0.21 per contract, but the savvy option trader will know that price is fools gold.

This type of spread is often called a debit spread, since this is a bullish trade using calls, it can also be referred as bullish call spread.

Why you should consider debit spreads

Brings cost down: by selling an option against your long, it brings down expenses.

Brings breakeven points closer:  In our Twitter example,  the $16 call buyer needs to see a 10+% move to breakeven, compare that to the spread trader, which needs a modest move of 4.2%

So the main reason options are “juiced” is because of the uncertainty surrounding the event. However, once the facts are released and the information is gathered up, the premium in the options get sucked out. 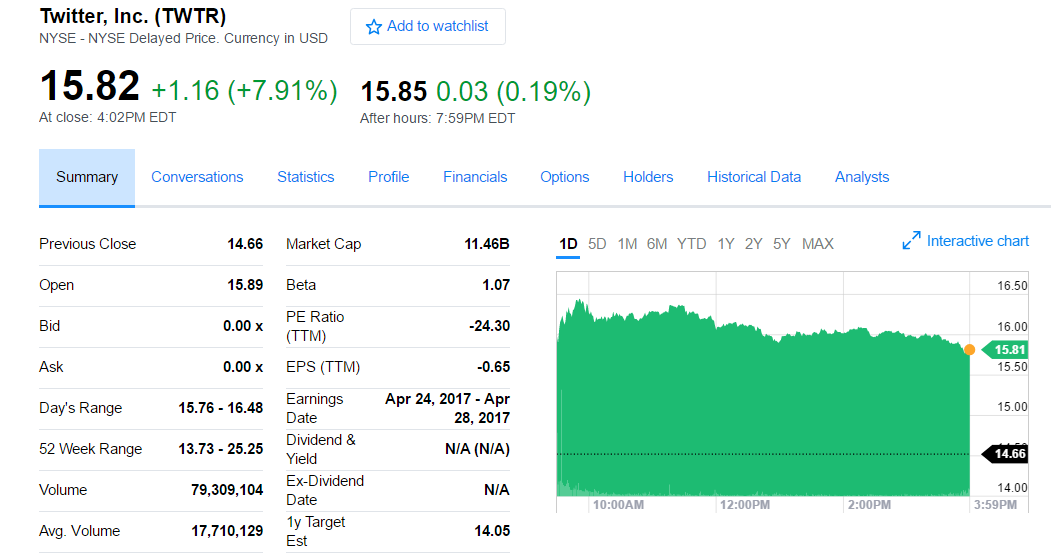 But how did the options perform?

This is a classic example of trading spreads is generally superior to buying outright calls or puts during an earnings event.

When option volatility is cheap, and you think the market is underestimating the potential impact of the event. For example, February of 2014, Coca-Cola announced a 10% stake in Keurig Green Mountain.

The stock price in the after hours shot up 30%, option prices on the calls exploded. After all, no one priced that in. Owners of call options were happy they didn’t have spreads on that day.