Puts and Calls Explained – Here’s How They Work

If you’ve ever heard about options trading, then you’ve probably heard about puts and calls.

That said, most investors stay away from options because they think they are complicated and risky. However, that’s not true.

For example, trading options can even be less risky than stocks, if done correctly. Now, to get a better understanding of how options work, you first need to know how they are priced.

That said, options are a function of several factors. These factors include the current stock price, the time to expiration, volatility, strike price, interest rates, and cash dividends.

In this article, we explain everything you need to know about how to make money with options. Think of it as Puts and Calls 101.

And what makes them different from stocks? 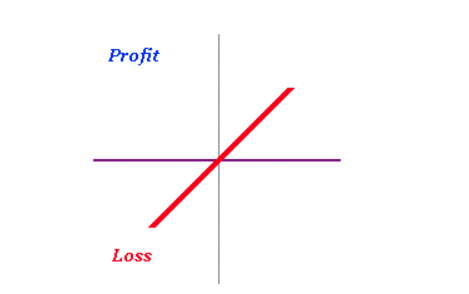 When you map the risk profile of a long stock position, it looks like the image above. The upside is (undefined), and the downside is defined (stocks can only go to zero) but potentially substantial. That said, options allow you to hedge your stock positions, and can even be used to speculate while having greater control of your risk, then you would have if you were trading stocks.

Puts and calls are the two main different types of options. Options are:

A put option is a contract that provides the seller the right to sell a select quantity of shares of stock, at a specified price and by a certain date.

Now, if this is unclear, that’s fine. Think of options as insurance policies and lottery tickets. For example, a put option can be used to hedge a long stock position.

For example, let’s say that IBM is trading around $120, you’ve made some nice gains on the trade, and instead of selling your shares you want to hedge. The $120 puts expiring in 31 days are going for about $4.80.

What does that mean?

Every option contract leverages 100 shares. For example, if you bought 1 contract of the $120 put strike, it would cost ($4.80 x 100 = $480). In other words, if IBM shares drop below $120 at any time during the life of the contract, you are protected. That said, if IBM shares trade higher, you will lose money on the puts you bought, but gain from your stock position. Like insurance, its good to have, but you hope you don’t have to use it. That said, hedging is an expense.

However, what if you didn’t own shares of IBM, but felt the stock was going to decline. If you buy the $120 puts expiring in 31 days, you’ll be paying around $480 per contract. But what does it mean?

When you buy a put option, and you do not own the stock, you are betting that the stock price drops. However, unlike a short stock position, your risk is clearly defined. The most you can ever lose on a put option you buy is the premium spent.

Now we’ll take an example of an options trade. How would you go about making money on one contract of the $120 puts?

To calculate break-even, take the strike price ($120) and subtract it by the premium ($4.80), and you’ll get 115.82. Now, if IBM shares drop to $115.82 on the expiration date, you would break-even on this trade. However, you can actually get out of this trade for a winner if IBM has a subtle but fast decline. You see, options are priced on a probability model. If stocks start to experience large swings, it becomes harder to price them and premiums rise. Flood insurance premiums rise ahead and after a flood. That said, when things are calm, insurance is low. That’s how options work too, during periods of increased volatility, options become expensive.

Call options are the other main category of options. A call option is a contract that gives the buyer the right to buy a select quantity of shares of stock, at a specified price and by a certain date. When you buy a call option, you are betting that the stock price rises. Similar to playing the lottery. A lotto ticket has numbers on it. If those numbers are called out on the announced date on the ticket, then you could would substantial amounts of money. Now, buying a call option has better odds than buying a lottery ticket. That is, if you know which ones to buy, and how to trade them.

Now, let’s say you were bullish on IBM and you looked at the options chain below.

What does this mean?

Well, you are paying $235 per contract. Which, by the way, it is a lot cheaper than buying 100 shares of stock at nearly $20K. You see, options can award you incredible leverage, coupled with the fact that you can define your risk, they are appealing to both small and large accounts.

Why Are Puts and Calls Priced Differently?

The three primary factors that influence the price of an option are:

Remember, options are priced using a probability model. The price of a lottery ticket is $1 because it has a low probability of paying out. On the other hand, options become more expensive when they have a high probability of closing in-the-money. You see, on the expiration date, all options will do one of two things, either expire worthless or close in-the-money. Options can be classified as in-the-money, out-of-the-money, and at-the-money.

Sticking to the IBM example, let’s take a look at how different options are priced. Now, in this example, shares of IBM are trading at $119.99.

That said, the $124 calls are out-of-the-money because they consist of time value. However, as you can see, they are cheaper than the $120 calls. Why? Because the probability of them closing in-the-money is smaller.

Rules of Thumb When Trading Calls and Puts

Pay attention to the time value. That’s what you’ll need to overcome to break-even on trades. Also, trade options that have competitive bid/ask spreads. Stay away from thinly traded options. 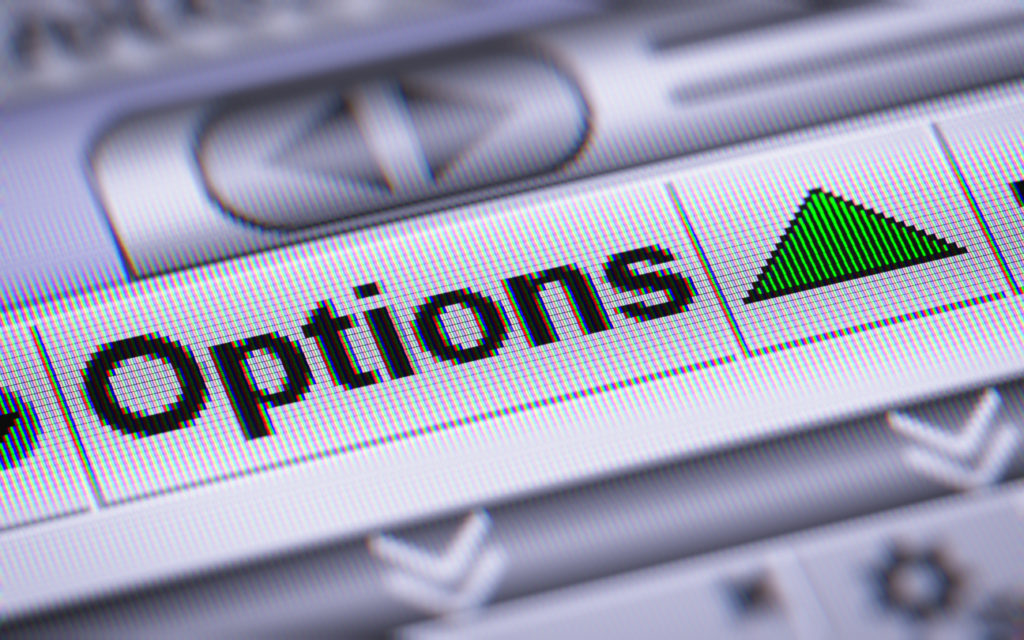 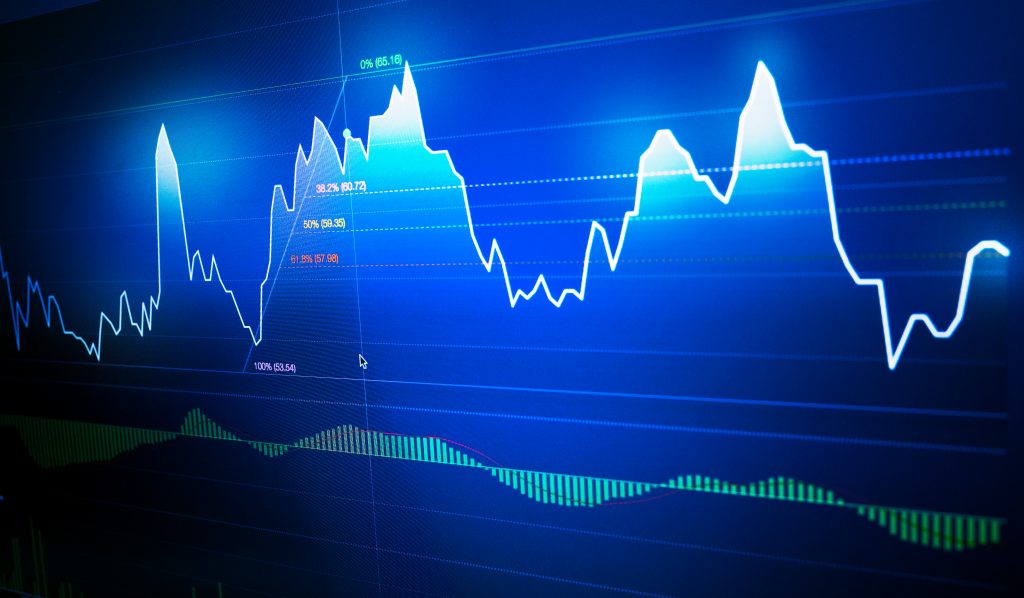 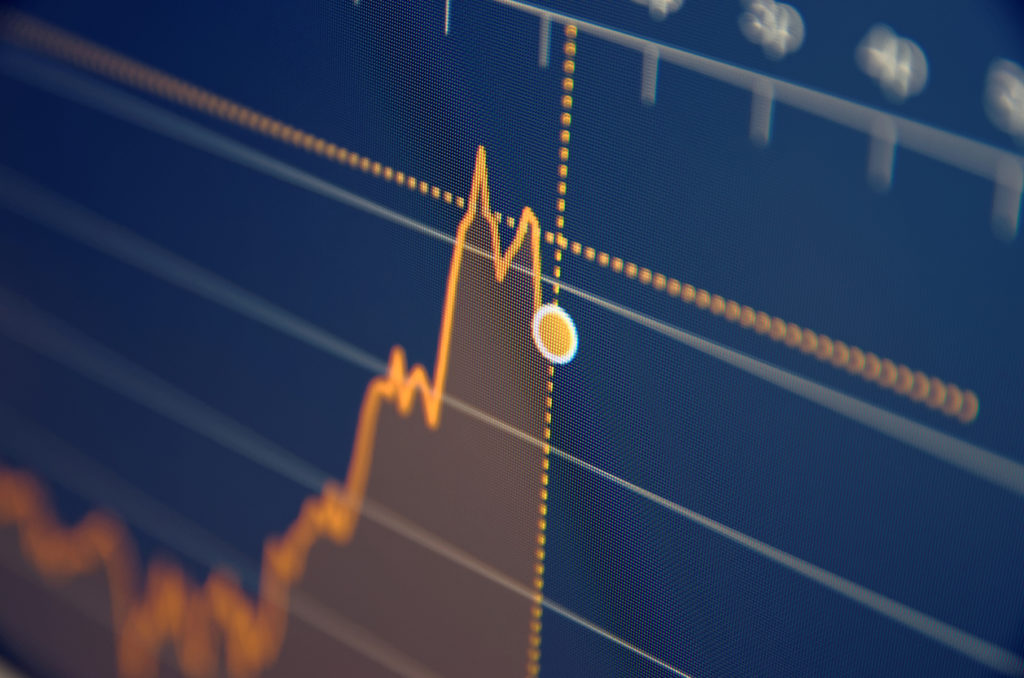