Technical traders tend to use some transformation of a price series to indicate potential entries and exits in a stock. That in mind, this could remove some noise and help to develop a clear rules-based approach in trading, which is one of the most important aspects when you’re first starting out in the business. Now, there are two technical indicators that should be in your trader toolkit, and those are the Bollinger Bands and moving averages.

Check out the daily chart on Amyris Inc (NASDAQ: AMRS).

The red line shown is the 20-day simple moving average, which calculates the average price for a 20-day period, for each time step. For example, if today is May 10, 2017, the average price of the 20 trading days prior to that day would be calculated. Thereafter, this would be plotted on the chart. Now, if you want a longer-term trend, you could change it to 50-, 100- or 200- day simple moving averages. Ask yourself which will be smoother: A 50-day or a 200-day moving average?

Some traders like to get in the stock when the price crosses above, or below, the simple moving average. This could potentially indicate a reversal of the trend. Let’s take a look at AMRS again.

If you look at the annotation above, you’ll notice that when the price breaks above the moving average, it could indicate bullish price action, and the opposite is true.

You’ll need to practice looking at moving averages to get a clear understanding of this tool. That said, let’s move onto Bollinger Bands.

With Bollinger Bands, traders like to use the upper and lower bands for entries and exits. For example, if you’re long a stock, and the stock rises above the upper band, or the moving average plus two times the standard deviation of the prices over that period, you might want to consider exiting the position. On the other hand, if you’re short a stock, and the stock falls below the lower band, it could be an indication to close the short position.

Now, that said, this could also be applied to entries. You might look to get long the stock if it falls below the lower band, and the vice versa. Let’s revisit AMRS.

If you look at the annotated chart above, the Bollinger Bands are plotted, using the 20-day simple moving average, and the deviations for those periods. That said, you should notice how the price crossed above the upper band, and thereafter, it pulled back near the lower band.

Similarly, in December 2016, you’ll notice how the price crossed below the lower band, which would be an indication that the stock could reverse.

Again, you’ll have to practice looking at Bollinger Bands to understand the pattern, and recognize these moves, and play out the scenarios.

Bollinger Bands and moving averages are widely used indicators, and they could be used for a multitude of reasons. We demonstrated how these indicators could potentially be used as signals to enter or exit a stock. That in mind, these could be powerful indicators in your trader toolkit, and if you get it down pact, have a mentor, and are disciplined with your approach, it could pay off. 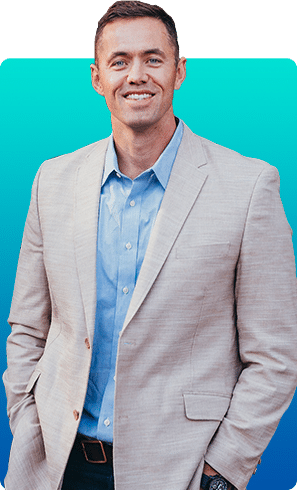