If you want to learn how to trade penny stocks, there are a few helpful tools. Now, you’ve probably seen a penny stock run up significantly, only to pull back. You might think the stock is still a buy, despite dropping from its highs and trending lower. Well, there’s a way to buy a stock that’s been oversold and you think it might reverse. I use this indicator all the time, and I’ve found it works well and generates high-probability signals. Keep in mind, I’m also looking at other indicators too. This powerful indicator is known as the Moving Average Convergence Divergence (MACD). I’ll use this indicator with the Relative Strength Index (RSI), as well as Average True Range (ATR), but we’ll save those indicators for another lesson. That said, let’s get right into things and look at how to trade penny stocks with the MACD indicator.

What is MACD Stocks?

The MACD indicator is both a trend-following and momentum indicator. It uses the difference between the 26-day exponential moving average (EMA) and the 12-day EMA. Additionally, a 9-day EMA, or the signal line, is plotted over the MACD. Now, we won’t get into the calculations of all that because nearly every charting software and trading platform will do all that for you.

How to Trade Penny Stocks – MACD

How to use the MCAD indicator in three main ways:

In general, I like to look for a cross above the signal line, coupled with other indicators to signal when to buy. Now, sometimes, you have to anticipate the signal line cross. If and when it does cross back above, the penny stock should see some strong momentum. Let’s take a look at how you can use the MACD indicator to trade penny stocks.

I was watching Farmmi Inc (FAMI) for a while. At the time, FAMI was up when the market was down. Moreover, the penny stock looked like it finally found support. I liked FAMI around $3 for a move to the $3.70’s. Now, my goal was to buy 10,000 shares for a profit of 50 cents per share or $5,000 in profits. This was a classic oversold chart pattern and I’ve been stalking it since the middle of July. We won’t get into the details of oversold conditions, but here’s a look at how to trade penny stocks using the relative strength index (RSI) to indicate when a penny stock is oversold or overbought. 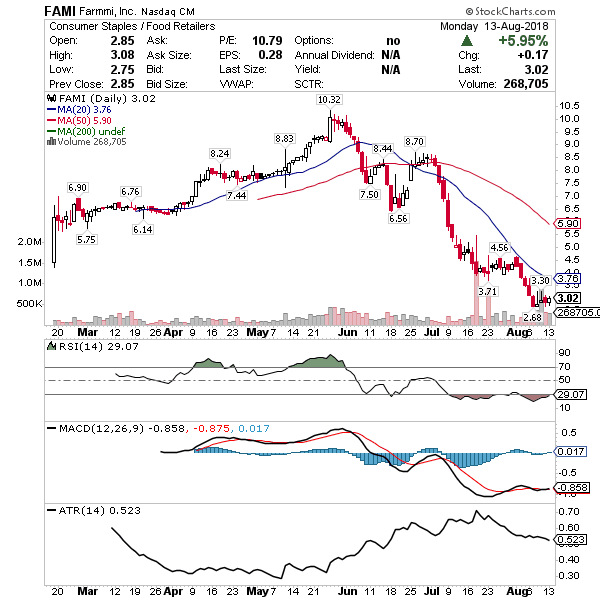 Notice how the MACD was well below the signal line, the blue bars on the MACD indicator.

Well, as traders, we need to anticipate the move higher and take on some risk. Keep in mind, using the MACD is not a science and it doesn’t always work 100% of the time. However, it’s still a high-probability indicator when you combine it with chart patterns, RSI divergence and ATR. 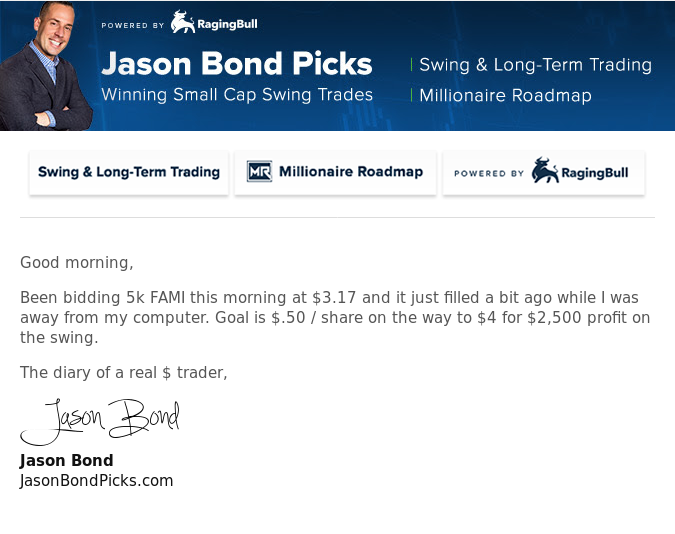 Here’s a look at the chart after I bought shares. 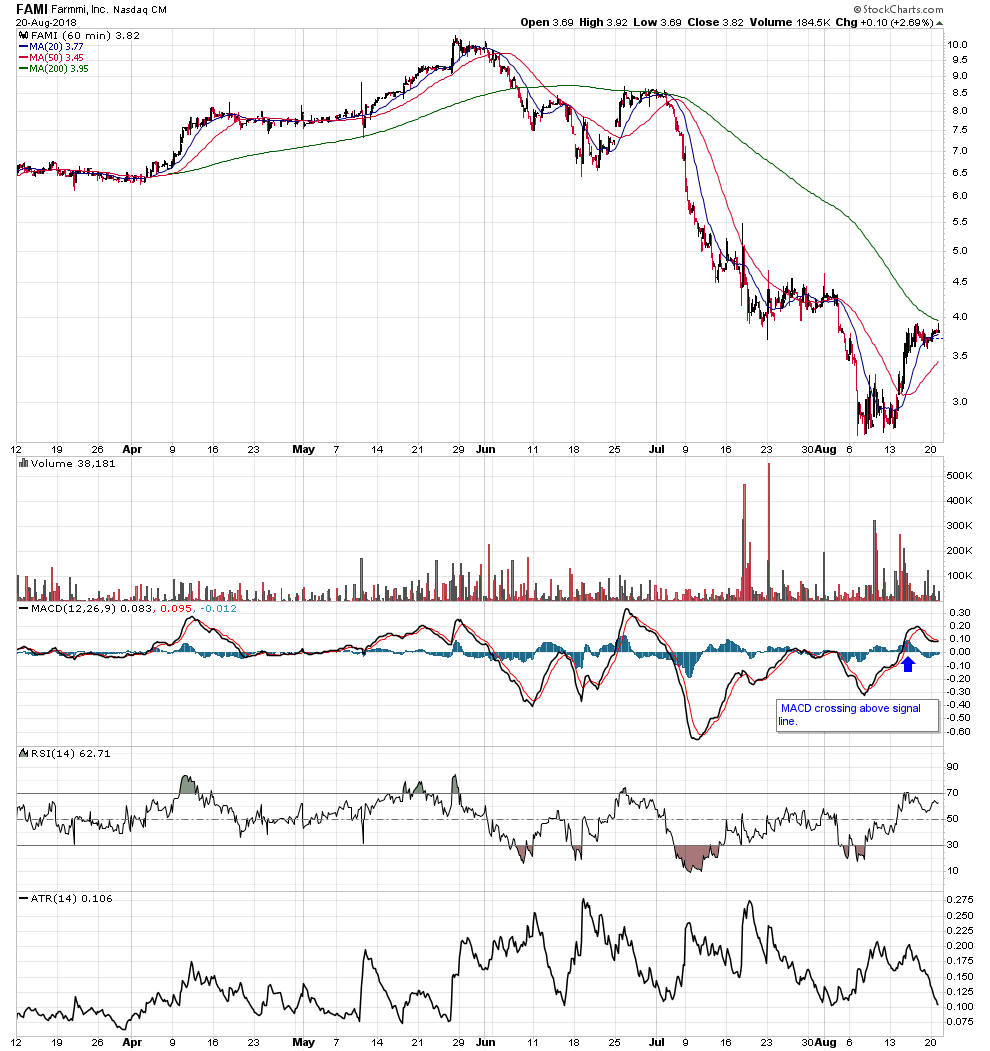 The MACD crossed above the signal line and the stock exploded and I got the move I was looking for. 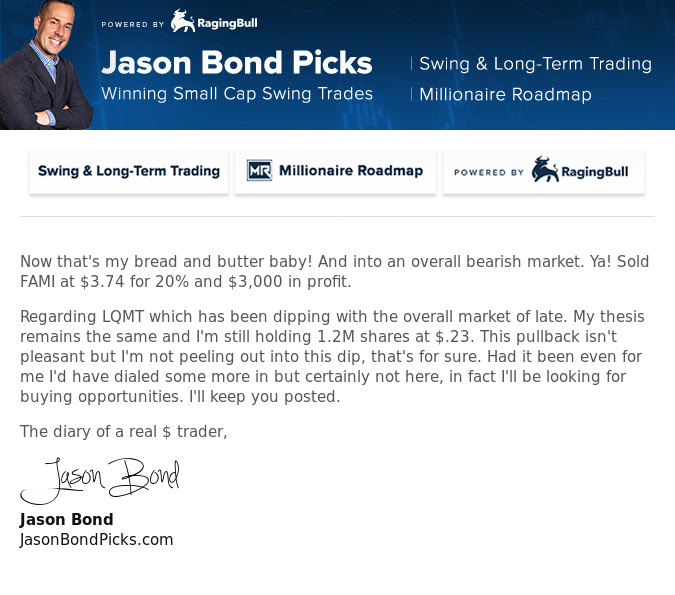 When the MACD works, it’s not crazy to see moves like this in penny stocks. That’s why I love using this indicator, along with some indicators mentioned earlier. Now, you’ll need to practice looking at charts and figuring out what works for you.

The MACD indicator could be helpful when you’re learning how to trade penny stocks. Take note, it’s not a be-all and end-all indicator. You need to properly risk manage your positions and understand how to enter orders. Again, it should help to use other indicators with the MACD, such as the RSI and ATR, which we’ll discuss in another lesson.