A History of Bear Markets

Amidst the global coronavirus pandemic and ensuing uncertainty, the Dow Jones Industrial Average entered a bear market on March 11, 2020. It was the first time in more than a decade that the market did so. Nasdaq and the S&P 500 followed into a bear market on the next day. While this bear market has the makings of one of the most severe periods in the history of bear markets, it’s certainly not the first time the United States has dealt with such a situation.

Successful investing includes knowing the history of the market and how to read trends. In fact, bear markets can provide an interesting opportunity for savvy investors.

What Is the History of Bear Markets? 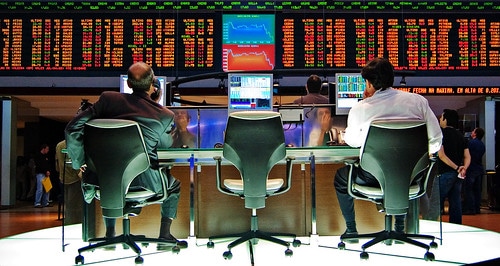 One way bear markets have been defined in the past is by looking at when stocks fell for a sustained period for an average of at least 20% off their high. Another way to define bear markets is to look at periods when investors are more risk-averse and less risk-seeking.

The S&P 500 P/E, or Price to Earnings Ratio, has historically been significantly lower during bear markets. Confident investors can increase the P/E ratio, and make stock valuations go up.

In general, P/E ratios tend to remain at or near historical or industry levels when company meet (or modestly exceed) expectations for earnings. P/E ratios can expand when companies report strong earnings that are unexpected, as investor demand will rise and drive up prices of the company’s stock. On the other hand, P/E ratios can contract when companies report losses or earnings that are lower than expected, as investor demand may fall and in turn drive down stock prices.

Bear Markets in History, With and Without Recessions

Bear markets do not always come with a corresponding recession. Some of the above bear markets, for instance, were not accompanied by economic recessions. Though there was a brief pullback in the early 1960s, the six-month period did not trigger a full recession. Likewise, while the stock market crash of 1987 led to a ton of momentary panic, the drop only lasted for three months.

Other historical bear markets saw the stock market decline start before the official beginning of a recession. The famous dotcom crash of the early 2000s kicked into gear thanks to investors losing confidence in stock valuations reaching new historic highs. That sent the S&P 500 tumbling, with a brief period of recession taking place in the middle of the period that lasted for just over two years.

Two of the worst bear markets in recent history did fall roughly in sync with recessions.

First, of course, was the Stock Market Crash of 1929 and the subsequent Great Depression. That grinding bear market lasted nearly three years. A few different factors came together to cause a stock market sell-off:

The 2007 to 2009 bear market lasted for over a year after the United States economy slipped into recession in 2007. A spiraling subprime mortgage crisis happened at the same time, and more and more borrowers were not able to meet scheduled obligations. This all came to a head in the September 2008 financial crisis.

Systemically important financial institutions, or SIFIs, found themselves in danger of insolvency. Only unprecedented interventions by central banks across the globe averted a collapse of the global economy and financial system. Through a process known as quantitative easing, or QE, huge injections of liquidity into the financial system rescued the world economy, and the prices of financial assets like stocks were pushed to record low levels.

After bear markets, bull markets tend to follow. Bull markets can last for years, although much of their gains usually come during a rally’s early months.

Let’s take a look at some historical examples for perspective. Following the two and a half year bear market, the S&P 500 hit a bottom of 777 on October 9, 2002. The following month saw a gain of 15%, with a total 34% gain over the span of the next year.

Though it can be tempting to flee to cash during a bear market, investors who do so can miss the early stages of a market recovery. As shown in the above examples, historically these early stages offer the largest percentage of returns per time invested.

It can additionally be challenging to time the beginning of a new bull market, which might make investors thinking about moving out of stocks entirely during a bear market to reconsider that action. Then there’s the phenomenon known as a bear market rally. During these periods that take place in the midst of a bigger downward trend, equities have a short-term revival. These rallies can make it difficult to determine the actual current trend.

While we aren’t offering advice, it’s good for you to know that bull markets often last a lot longer than bear markets. Bull markets can also generate moves of much greater magnitude than their bear market counterparts. As a result, a bear market can be a good opportunity for a long-term investor to buy. However, investors must keep in mind that it can take years for the opportunity to pay off.

Investors considering jumping in may keep a useful rule of setting an investment mixture according to risk tolerance in mind. Then, investors can re-balance to buy low and sell high. Additionally, investors try not to cut contributions to retirement accounts during down-market periods. The benefit in the long run comes from buying new shares at lower prices, therefore achieving a lower net average purchase price.

Understanding the differences between bull markets and bear markets will allow you to develop strategies to take advantage of price fluctuations that have happened historically in both types of markets. You’ll be ready for whatever kind of market comes your way.