Markets are cyclical, patterns and trends repeat often enough, they should be studied. That said, the markets will look at indicators, like economic numbers, to give them an idea of where it might be headed next.

When markets are rocking and rolling, it seems like economic reports are overlooked. However, in trying times, traders will sift through economic data– to see if they can find hints of a turn around.

For the most part, economic reports come out before the markets open, but some of the bigger events, like the Federal Open Market Committee interest rate announcements, are made during the trading day.

Without further ado, let’s take a look at three of the most important economic releases that traders pay attention to, and why.

This report is issued by US Department of Labor on weekly basis, typically on a Thursday  before the market opens.

What are jobless claims?

It’s defined by the amount of people who submitted an application to receive unemployment benefits.

Initial jobless claims refer to the people who apply for the first time.  Jobless claims are a leading macroeconomic indicator, and are part of The Conference Board Leading Economic Index. 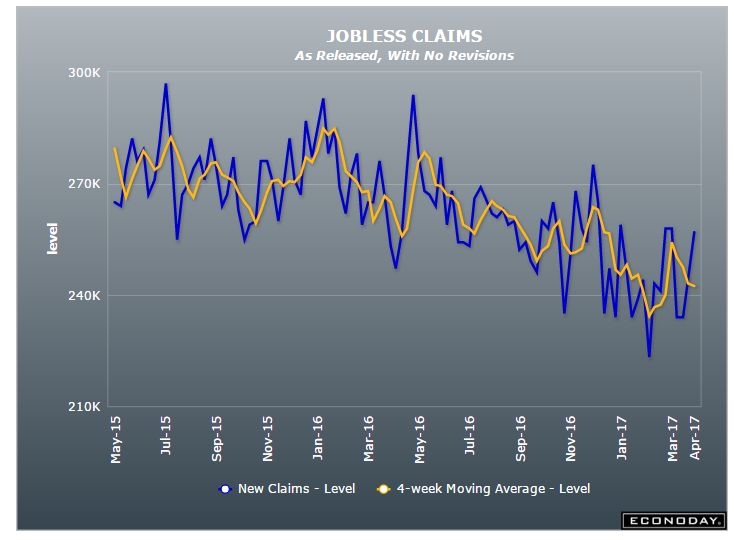 To date, initial jobless claims have been decreasing, showing signs of economic strength in the labor market.

Now, the central bank looks at data from Department of Labor, as well as, employment situation numbers, to make its decisions on monetary policy.

Currency Effect:  Positive data helps the dollar rise against a basket of currencies, while prices for US government debt falls.

Source: US Department of Labor

This report is issued by the Bureau of Labor Statistics (BLS) on a monthly basis.

Inflation is a key indicator that measures the health and growth prospects of an economy, and the CPI index is the most widely followed indicator of inflation.

What is the the CPI index?

The CPI Index is available across the country, by expenditure category, as well as, by commodity and service group for all urban consumers and wage earners.

Inflation can become dangerous for the economy if it is either too high or too low. The one really decides that is the Federal Reserve Bank, which attempts to control inflation through its interest rate policies.

Now, if you’ve ever had to pay a mortgage or an auto loan, you know how important interest rates are.

On the other hand, as an investor, if interest rates are low, you are less likely to hold your funds in a bank account or money market. But if you are a business, you are more likely to take out loans and try to expand business. After all, if money is cheap, that’s what you do.

Now, total CPI growth for 2016 was 2.1%. An increase in January was due to higher energy and other commodity prices.

Last month was rather pessimistic, with a drop of -0.3%. The drop was due to lower gasoline prices (6.2% fall) as well as reduced costs of: cellphone plans, clothing, new and used cars.

This created some doubts on if the economy can reach its predicted growth of GDP. Some market analysts believe that overall growth for the year might be around 0.8%-1%. 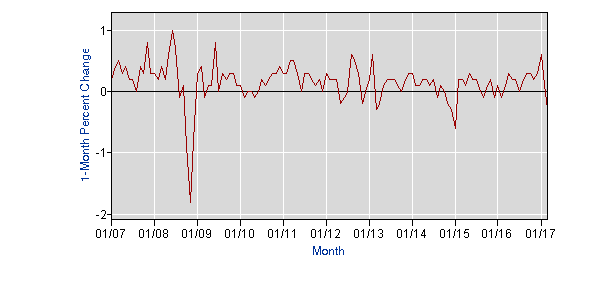 Source US Department of Labor

Now, even if you don’t trade, the CPI index is one to pay attention to. It’s considered a cost-of-living measure. Taxed brackets and Social Security payments are tied to the CPI index.

This report usually comes out in the middle of the month.

This report is posted weekly, by the Energy Information Administration (EIA).

The EIA gives us weekly updates on the status of petroleum inventories in the United States, produced domestically or abroad.

Not only will it tell us whether we are seeing a build or draw in stock, but also informs on what refining capacity is. All this information is used to determine the price of petroleum products.

If the prices of energy goes up, that means we are paying more for goods and transportation. If energy prices get too high, that could lead to a slow down in the economy.

For traders,  this data primarily affects the prices of ETFs like the Energy Select Sector SPDR (XLE) and United States Oil Fund (USO); along with individual stocks that are sensitive to oil.

For example, check out what happened on April 5, 20017, after the release of this data.

According to the report from the EIA:

Now, an increase in the inventories creates potential  for an oversupply, and puts energy prices under pressure. Right after the release, there is a relatively huge downtick bar in XLE.

Traders see this as an opportunity because of the increase in volatility, and how the high correlation between the price of oil stocks and the release of the data.

However, there are machine reading algorithms that react much quicker to you and I, and sometimes they make mistakes or overreact to a headline, creating further opportunity for the day trader. 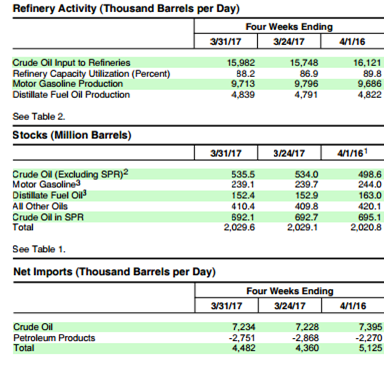 Of course, this information is not just useful for day trading, it’s also important for trying to predict the long term trend in oil prices.

With the markets being slow and volatility being dead, there seems to be no fear in the markets. However, this wasn’t always the case. Despite not too many people caring about the releases of economic reports, they are still being published routinely.

Taking the time to review some of the important ones, like the three mentioned here, could help in identifying when a shift in trend will occur.