When It Comes To Bill Ackman, The Market Has A Short Term Memory

Now, imagine having a friend who fancied themselves as a stock picker. And let’s say that friend gave you a “can’t miss” play that you decide to take. Instead of it being a winner, the stock actually drops 95% from when he told you to get in.

That said, how excited would you be if that same buddy came to you with their next, latest and greatest pick?

Most people would probably tell that friend to take a hike… however, the market doesn’t think that way.

You see, two years ago, hedge fund manager Bill Ackman got on stage at the Ira Sohn conference and pitched a stock to the audience.  The stock, Valeant Pharmaceuticals, which went from $228 to trading below $10 today. 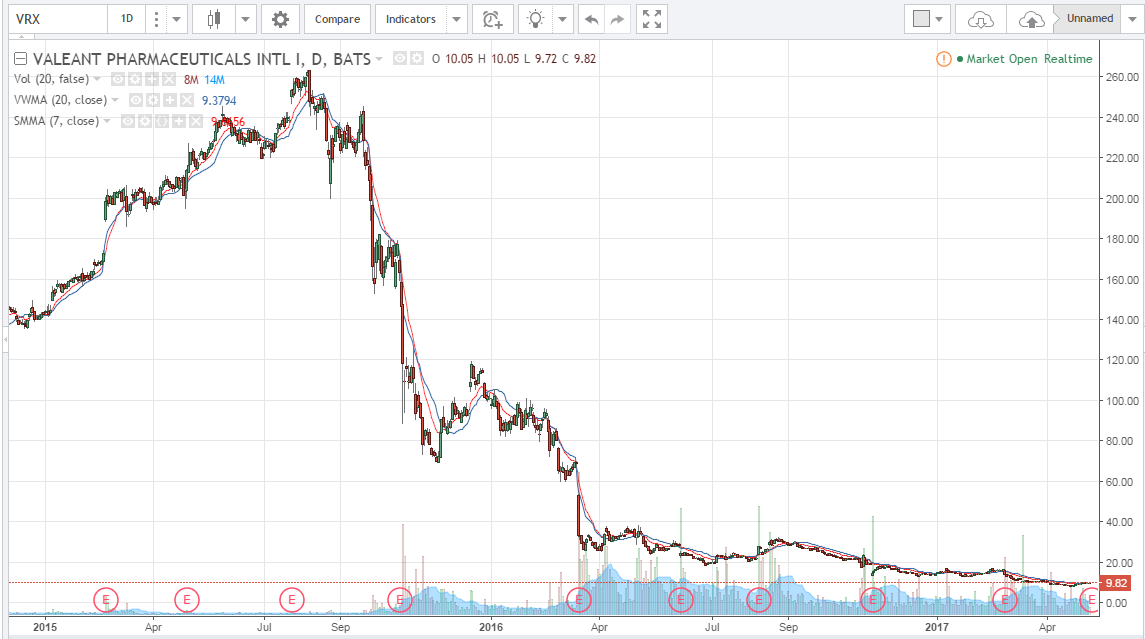 Fast forward to today, the Ira Sohn Conference is underway, a who’s who of financial hedge fund managers sharing their latest ideas to anyone willing to listen.

Well, when it was time for Mr. Ackman to present his latest “can’t miss trade” there was no hesitation. The stock, Howard Hughes – a real estate development company.

Check out the move had the stock had, and try to guess when Ackman called it out. 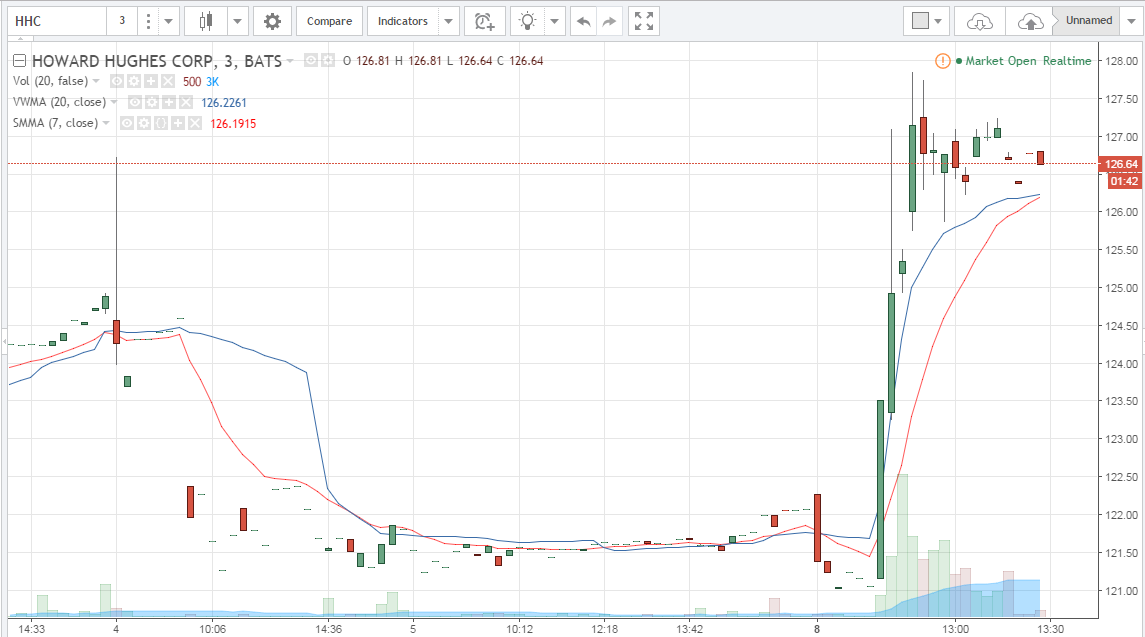 The stock went from trading barely anything to trading 10x the normal daily volume in less than half an hour.

It turns out that Ackman is a chairman of the company. Not only that, but his fund is already an investor in Howard Hughes.

In any event, this did happen… and it just goes to show how short a term traders’ memories are.