Banking $5,000 in One Week Trading Tesla: How This 64-Year-Old Plans To Retire Rich

If you’re fast approaching retirement and worried about how you’re going to make it financially, here’s some good news!

Retirees and other people on fixed incomes have traditionally been cautioned about the stock market on the grounds that a safe approach to investing requires a longer time horizon.

The so-called experts claim that if you haven’t already built up a substantial pot of capital, goes the argument; it’s too late to start trading stocks.

They also say that trading is too risky for those with no steady source of income to replenish any possible losses.

The fact is, sensible trading can be a great way for retirees to generate additional income in their golden years.

In many cases, people may find themselves enjoying a level of affluence that their life-long careers never afforded them.

But becoming a trader is about more than just the money.

Even though hardworking people may have looked forward to taking things easier during retirement, spending more time with family, on the beach or on the links, there’s no doubt that many find it hard to cope with the sudden end, voluntary or otherwise, of a vibrant career.

Fast approaching retirement, 64-year old Mike Iadonisi of Nashua, New Hampshire, has given himself the considerable challenge of building his trading account to at least $100,000 while achieving debt freedom in just eight months. From there, he will be in great shape to fulfill his dream of quitting his job and trading for a living during his retirement years. Most would agree that this is a tall order, but with some very encouraging recent wins and the continued help of Kyle Dennis and RagingBull, it’s one Mike is confident he can achieve. 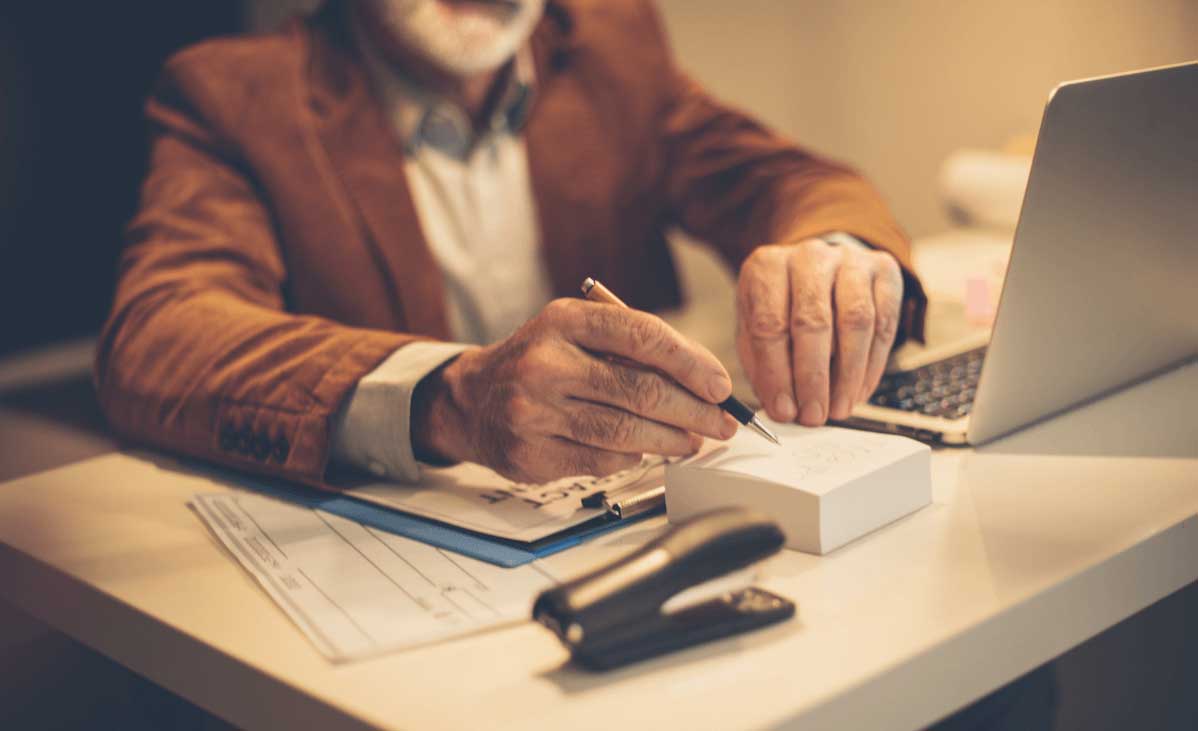 That’s why more and more people are discovering that trading in retirement not only offers potential financial rewards, it also serves as an absorbing and intellectually-challenging occupation.

For those of a mathematical or analytical turn of mind, the technicalities and strategies of charts and indicators offer sufficient complexity and detail to repay a lifetime of study; while students of economics, politics and world events can find a whole new angle on the daily news by viewing it in the light of its possible impact on the markets.

While it’s one thing to start trading as an enjoyable and potentially profitable hobby when you’re already financially secure, it’s quite different when you’re approaching trading as a way to earn money to fund the lifestyle you’d like to have during retirement.

“I want financial freedom, to quit my job and trade full time while retired.”

Trading When You Need Money Fast

That’s not to say that it can’t be done, as Kyle Dennis’ student, Mike Iadonisi, has recently discovered.

“I want financial freedom, to quit my job and to trade full time while retired,” is Mike’s simply-stated goal. However, with retirement looming, and several previous attempts to become a successful trader behind him, he knows that time is getting short.

“I have traded options in the past,” he recalls, “lost, and gave up. Now I’m trying again to fulfill my retirement dreams. I’m currently 64 years old and want to retire at 65 in April..The only way I can do it will be with massive profits.”

It’s worth noting that after temporarily giving up on options, Mike found himself unable to make significant progress as a pattern day trader. Although he avoided severe losses, his account stubbornly refused to move above $30,000.

To his dismay, That balance was considerably lower than the sum Mike needed to fund his retirement ambitions.

The answer he found, counterintuitively for those who regard them as a high-risk instrument, was to go back to options. And one particular success Mike has enjoyed is worth highlighting as an example of the way options can be used for profit, whatever the state of the market or the quality of the underlying stock may be.

“Kyle Dennis has been my best mentor yet. I have other services, but the quickest gains have been from his training. It will make it is easier for me to trade with the other RagingBull services, as well.” 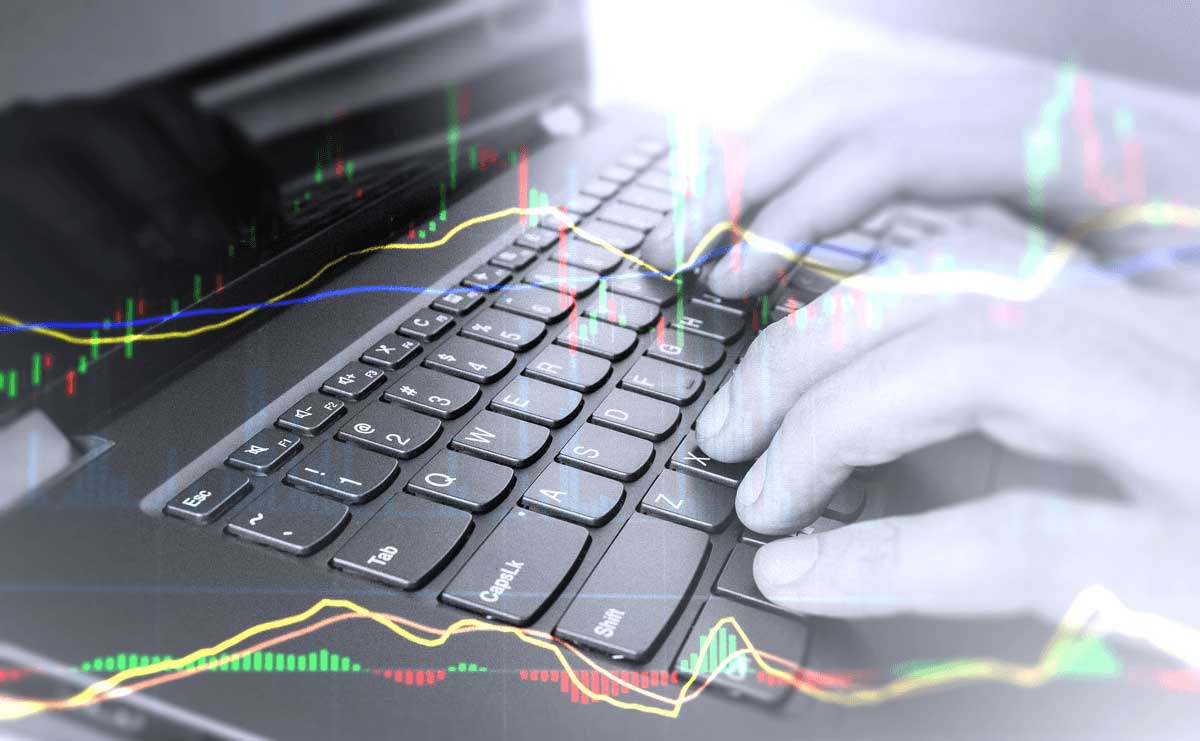 Banking a $5,000 Win on Tesla Options in a Single Week

Although most people would agree that Elon Musk should be applauded for his entrepreneurial spirit and innovativeness; by most financial standards, his highly-celebrated company, Tesla, has been a failure. As respected analyst Jim Collins wrote in a recent piece for Forbes:

“No analyst could have modeled a 1,158% increase in Tesla’s vehicle unit sales (Tesla delivered 7,579 cars in 2Q2014 and 95,356 in 2Q2019) and predicted an even greater loss, or that the five years in between those endpoints would produce a cumulative $4.2 billion operating loss. It’s very clear. Tesla’s business model just doesn’t work.”

Unsurprisingly, in light of these numbers, Tesla’s stock price has collapsed by more than 36% from its high in August 2018; and any value investors who did buy into the early hype have long since abandoned the company, wisely deciding to cut their losses.

Fortunately, for intrepid options traders like Mike, none of this really matters.

By using the right combination of technical indicators and strategies, it’s possible to make money on any movements in price, and the intense media interest in Tesla has made its stock price particularly sensitive to news events and company announcements.

This means a highly-volatile stock price, which in turn means potential profits for traders, and it also means that options on the underlying stock show even greater profit potential as large institutional investors are forced to move quickly to hedge against losses.

With many analysts predicting even more difficult times for Tesla, trading in options to sell (puts) has become very lucrative for some traders. In Mike’s case, he was recently able to bank a $5,000 profit in a single week using these instruments.

“I was amazed, and I’m hooked,” he says. And the great thing is that there are many lower-profile stocks out there that offer similar rapid profit opportunities to Tesla through the smart trading of options.

Finding trades like TESLA with Kyle’s Dennis’ Dollar Ace service has been very important to Mike. “The best training,” he says, “I’ve experienced so far.”

But Mike knows that if he wants to generate the “massive profits” he needs to achieve his admittedly ambitious goals, he also needs to develop the key trading skill of self-reliance.

“Stay nimble,” Mike tells himself and others, “Trust your mentors, but always manage your own stops so you can stay in the game.” 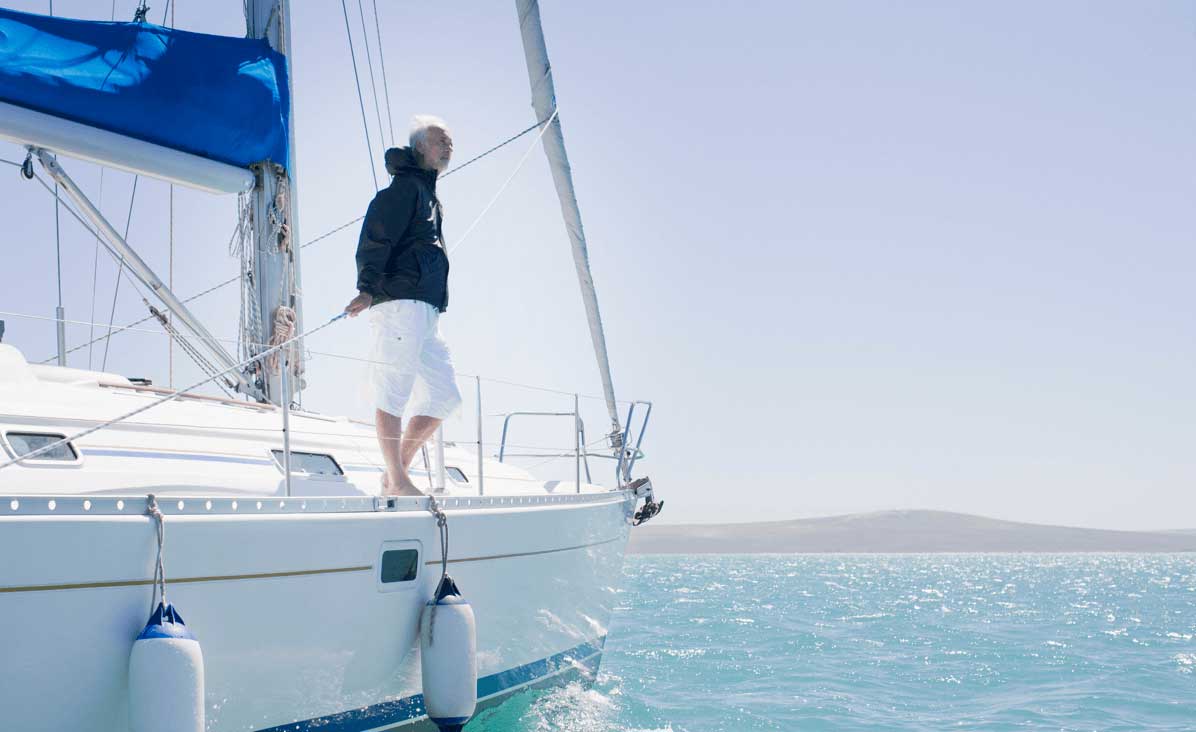 This is wise advice, for where the naysayers do have a point about the dangers of retiree trading is in the area of risk management.

Risk management is, of course, vital for everyone who participates in the markets. However, while a young trader may have time to recover from a blown-up account, the consequences can be far more severe for an older person living on a fixed income.

Mike knows that his goal of retiring in eight months or less, debt-free, with a trading account of at least $100,000, will be achievable only if he continues to keep his losses to a minimum.

Fortunately, his recent TESLA win has given him tremendous confidence.

And that’s why he believes he’ll soon have enough cash flow to take advantage of other RagingBull services, which will give him the full range of weapons he needs to trade full-time during a long, richly-rewarding retirement. 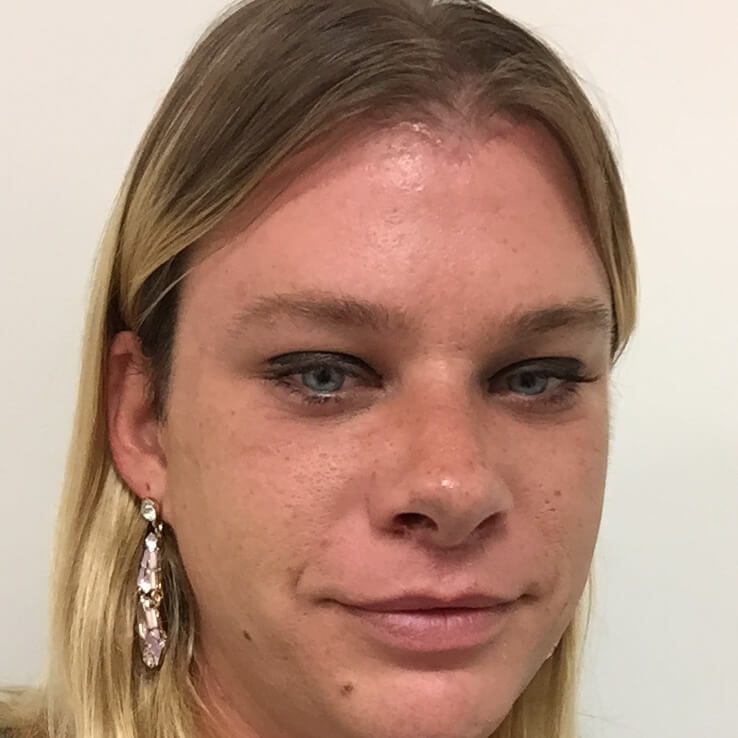 121% in Overnight Profits: Why Smart Traders Can No Longer Afford to Ignore Options 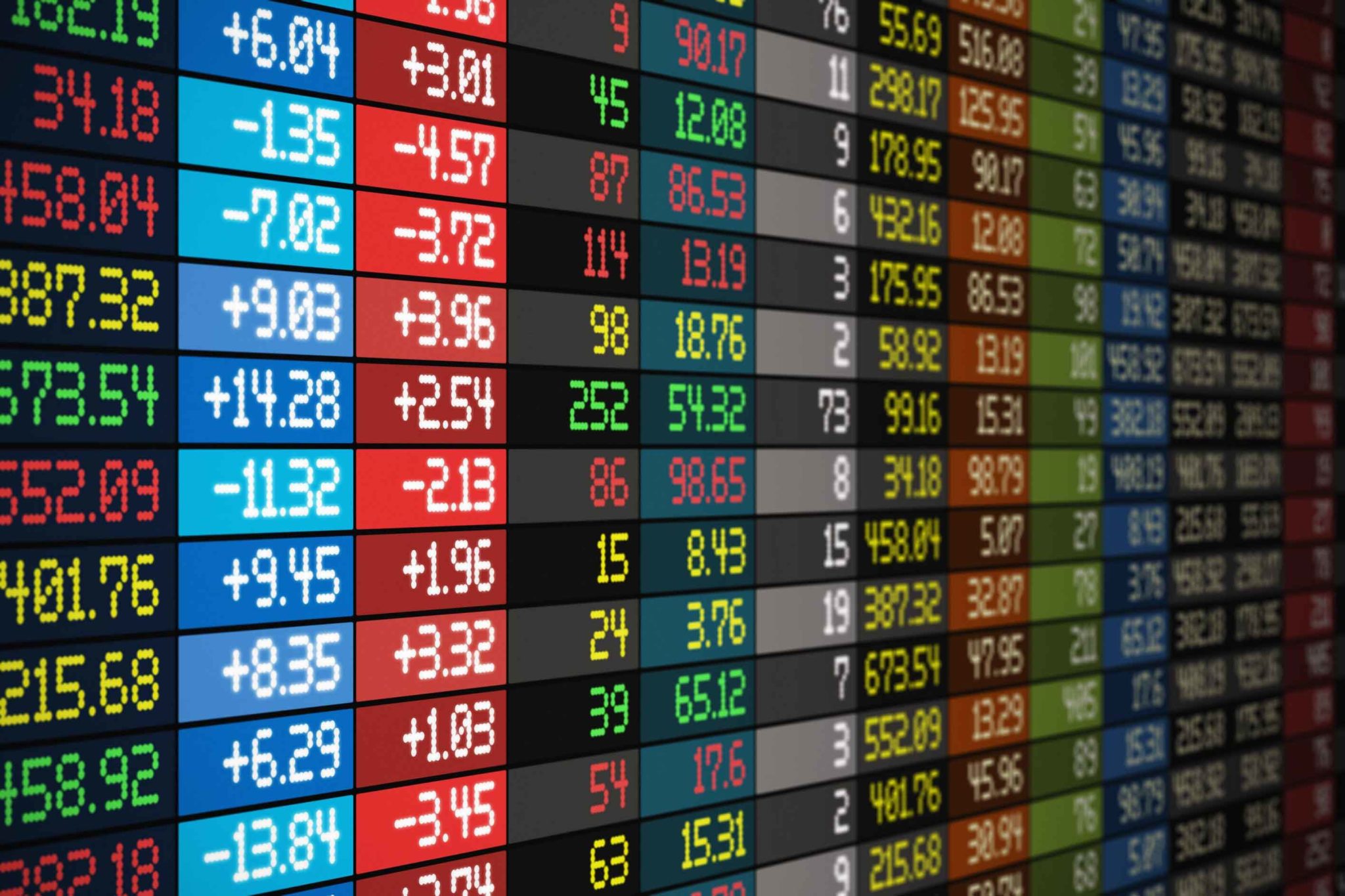 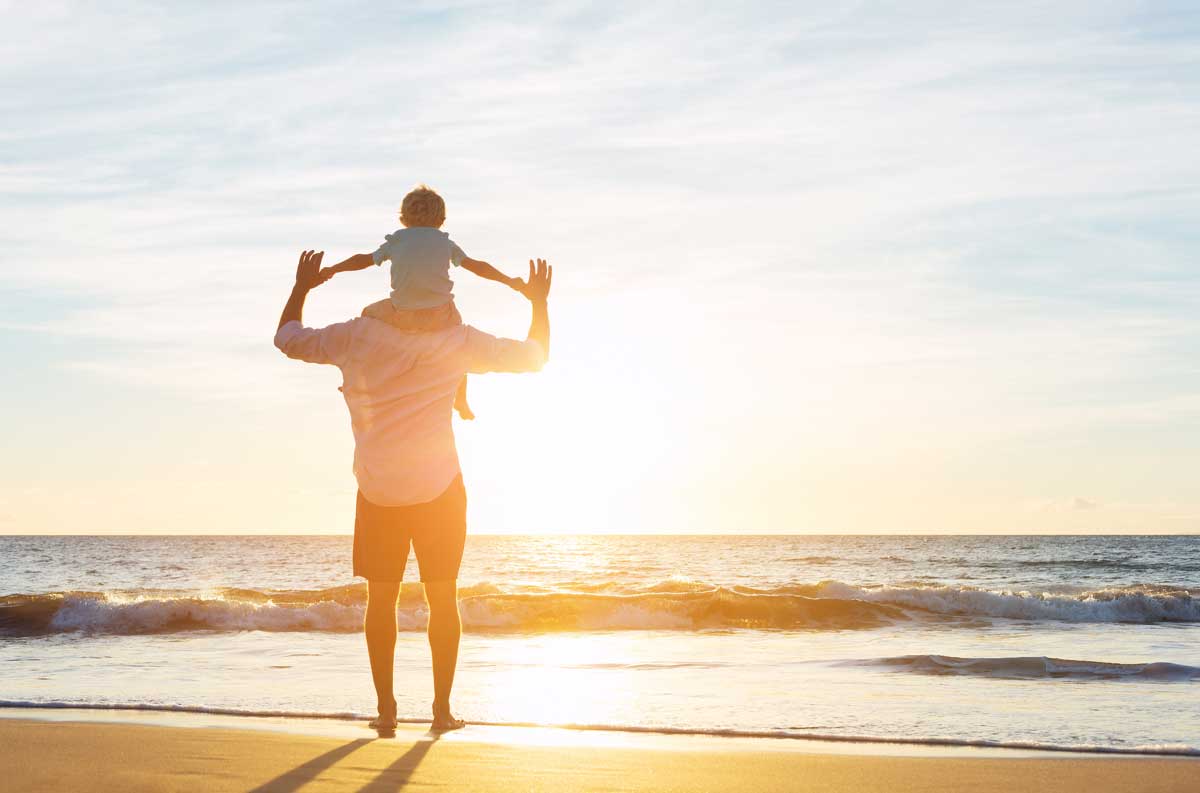