How This Pharmacist Found a Fast, Healthy Way to Cure His $225K Student Debt Disorder

Currently, more than 44 million Americans owe a total of $1.5 trillion in student loan debt, which is the worst kind of debt you can have.

Let’s face it, mortgage debt or credit card debt can magically disappear through bankruptcy, but student loan debt can never be forgiven. Not even death can absolve your loved ones from repayment.

To make matters worse, in the United States, the cost of a college education is rising at twice the rate of inflation. Also, more and more, people see that a college degree isn’t worth the same as it was in the past.

Because of this, many Americans are choosing not to attend college, except for careers in healthcare, law, accounting, and other professions with strict licensing requirements.

For licensed pharmacists like Ryan Frost, going to college was an absolute requirement. That’s why he attended college for nine years, and in the process, accumulated over $225,000 in student loan debt.

Ryan Frost is a pharmacist from Pittsfield, Maine with $225,000 in student loans. He started trading over a year ago but wasn’t getting the results he wanted. That’s when he joined Option Rocket. His goal is to pay down his student loans and become financially-free while pursuing his passion for travel. 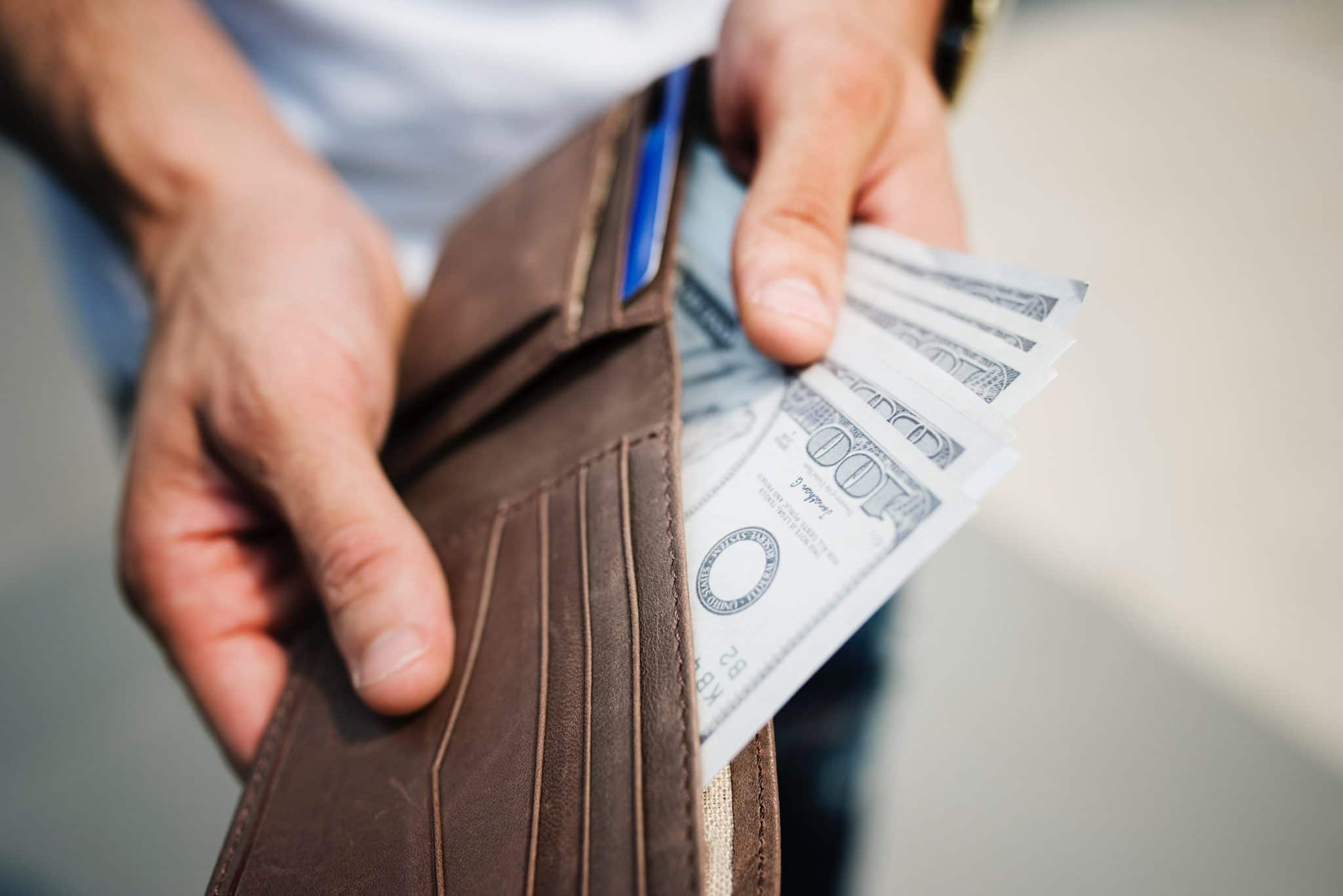 Borrowing From Peter To Pay Paul

Despite Ryan’s experience of working as a pharmacist for ten years, the weight of his debt repayment, plus his current bills were causing significant financial distress.

Furthermore, his pharmacist’s salary didn’t leave room in his finances to fulfill his dream of pursuing more travel. On several occasions, he was forced to borrow money to cover unexpected expenses. Then he found himself borrowing more money to repay the loans.

Ryan explained, “I make great money, but after my taxes and bills are paid, I don’t have much left over. The last few years, it seems like I’m borrowing money for home repair and such only to have to borrow more before that’s paid off.”

Like many Americans, Ryan was pursuing the American Dream only to see it drift further and further away due to the mounting weight of his student loans and other personal debt.

Politicians and pundits talk about forgiving student loans, but who knows when (and if ever) that will take place? And how many people are in a position to wait?

Facing this ominous reality, Ryan took matters into his own hands and began trading stocks and options in his spare time.

“I wanted to learn more about trading and make some money to pay down my debt. I went to college for 9 years and accumulated almost 225k in student loans.”

At first, Ryan bought into another trading service, but it didn’t deliver positive results. During this not-so-good experience, he made some costly mistakes.

Having lost a significant percentage of his portfolio, Ryan needed to make up for his losses as soon as possible. With the need to catch up on his portfolio, and very little time to trade, he found Kyle Dennis and Option Rocket.

He says, “It was hit and miss with the first service. At the beginning of my trading, I made some mistakes. I learned from them and was trying to catch up to my original portfolio amount.

Ryan continued, “It’s so nice to have the research done for you as a busy professional. Eventually, I’d like to augment that with my own personal knowledge.” 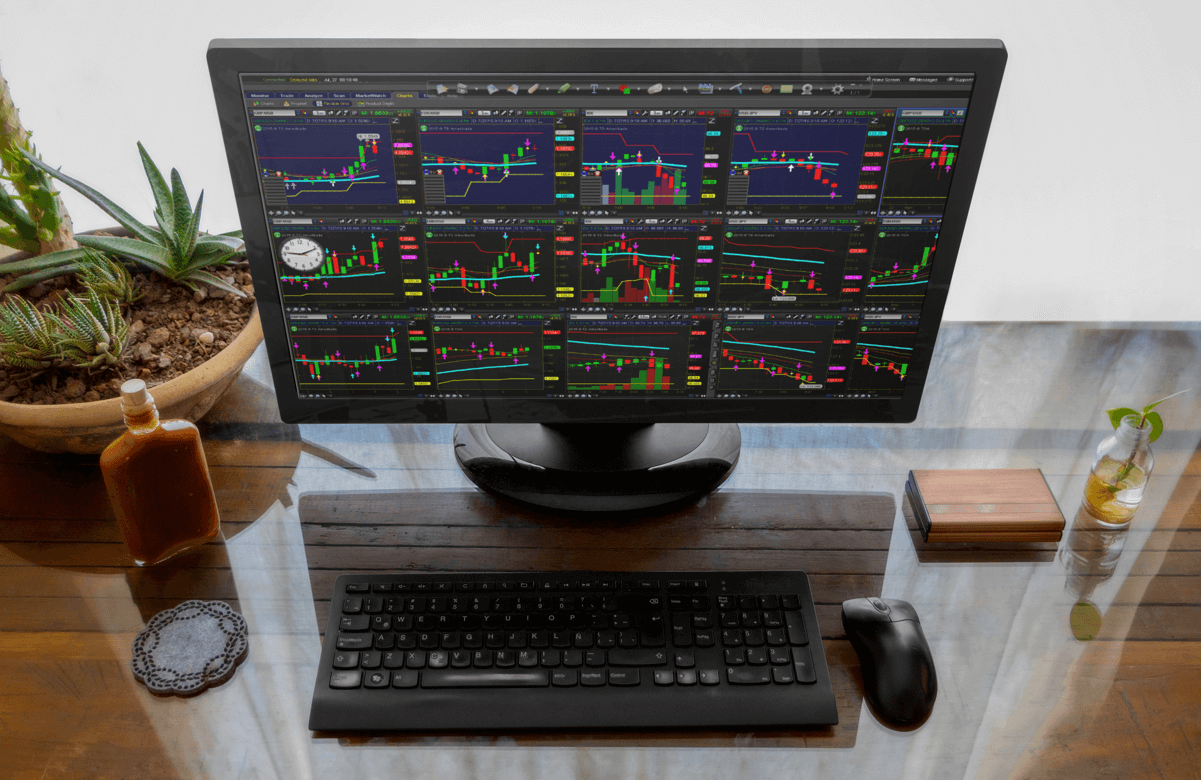 Tremendous Value For a Reasonable Price

What ultimately led Ryan to join Option Rocket was the amount of value offered in Kyle’s program at half the price of another quality program he’d been considering. With Kyle’s money-back guarantee, Ryan realized that joining was a no-brainer.

Becoming a member of Option Rocket turned out to be a smart move for Ryan;

“I recently joined Option Rocket with Kyle, and on my first trade, I made 90%, which I’ve never had before. I hope to continue this trend for weekly paychecks to help pay down debt and also to learn more about trading through the lessons. My ultimate goal is to be free from debt and be able to follow my passion for traveling,” he says.

When asked what advice he would give a novice trader, Ryan recommends sticking with Kyle and being persistent. “The videos and guidance along the way really will help you get on the right track,” he says.

“As a busy professional, it’s so nice to have the research done for you. Eventually, I’d like to augment that with my own personal knowledge.”

Seeing The Light At The End of The Tunnel

Although being up 90% on his first trade hasn’t changed Ryan’s finances in a big way, it has allowed him to recover from the losses in his portfolio that came as a result of his losses with the previous service. It has also given him the peace of mind of knowing that his financial situation will continue to get better.

While paying down his student loan debt, Ryan wants to start pursuing his passion for travel.

He also sees another benefit that comes from eliminating debt: “I have a lot of stress from finances and think my overall health would be better as well.“

By taking out weekly gains, he can repay student loans, increase trade sizes and by patiently applying what he’s learning from Option Rocket, Ryan is on his way to a better quality of life. 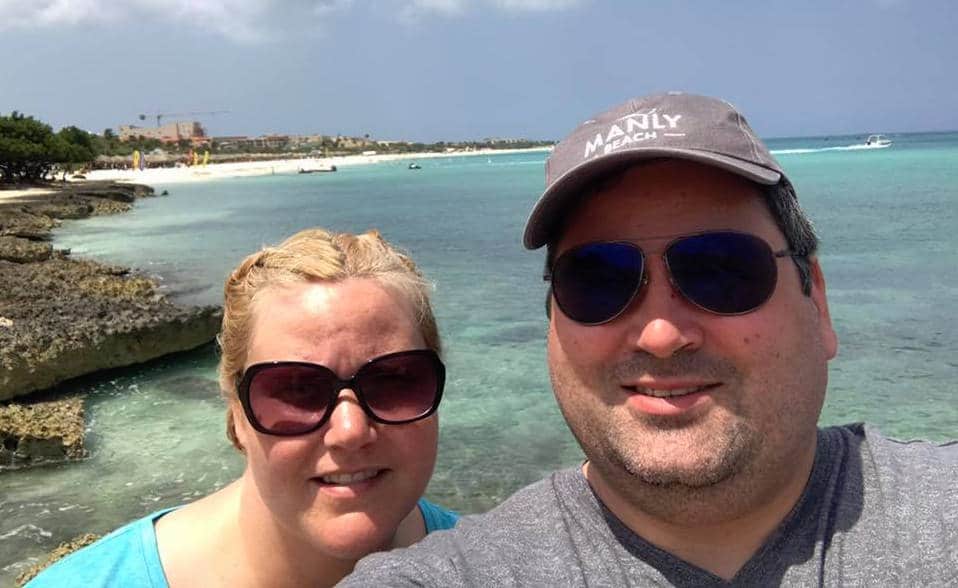 “I’ve sold only one trade so far, and I made 90%. It felt pretty good to see my portfolio get closer back to its original amount. I realize the potential if even a few times a month gains like this can make a huge difference in my life.”

A Mild-Mannered Pharmacist With a Valuable New Skill Set

At first glance, most people see their pharmacist working diligently to deliver prescriptions in a timely fashion. Often, what we fail to see is a person like Ryan, who is struggling with stress and significant financial challenges.

With $225,000 in student loan debt, it seems like Ryan would have lost hope, but the good news he’s doing something about it.

Although he did rack up some losses with the other service and trying to trade on his own, he didn’t give up. To the contrary, he took decisive action and joined Option Rocket.

Now he’s headed in the right direction by applying what he’s learning from Kyle with “look-over-his-shoulder” video training, combined with in-depth research and savvy trade recommendations. 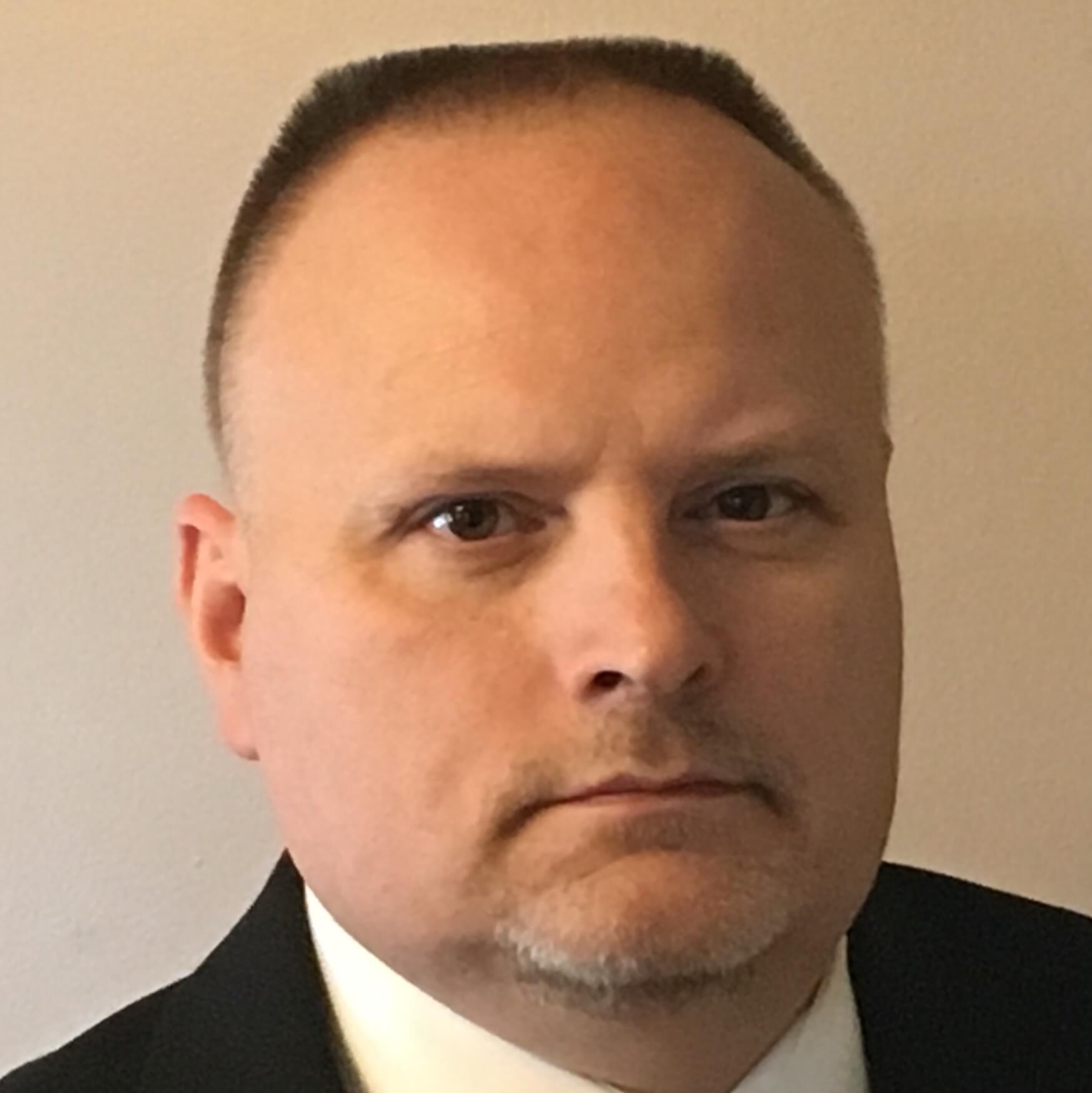 Netting a $915 Win in 4 Hours: What This Sports Coach Can Teach You About Trading 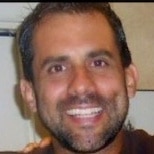 How This 24-Year-Old Poker Player Banked a $40,250 Win in His First Months of Trading 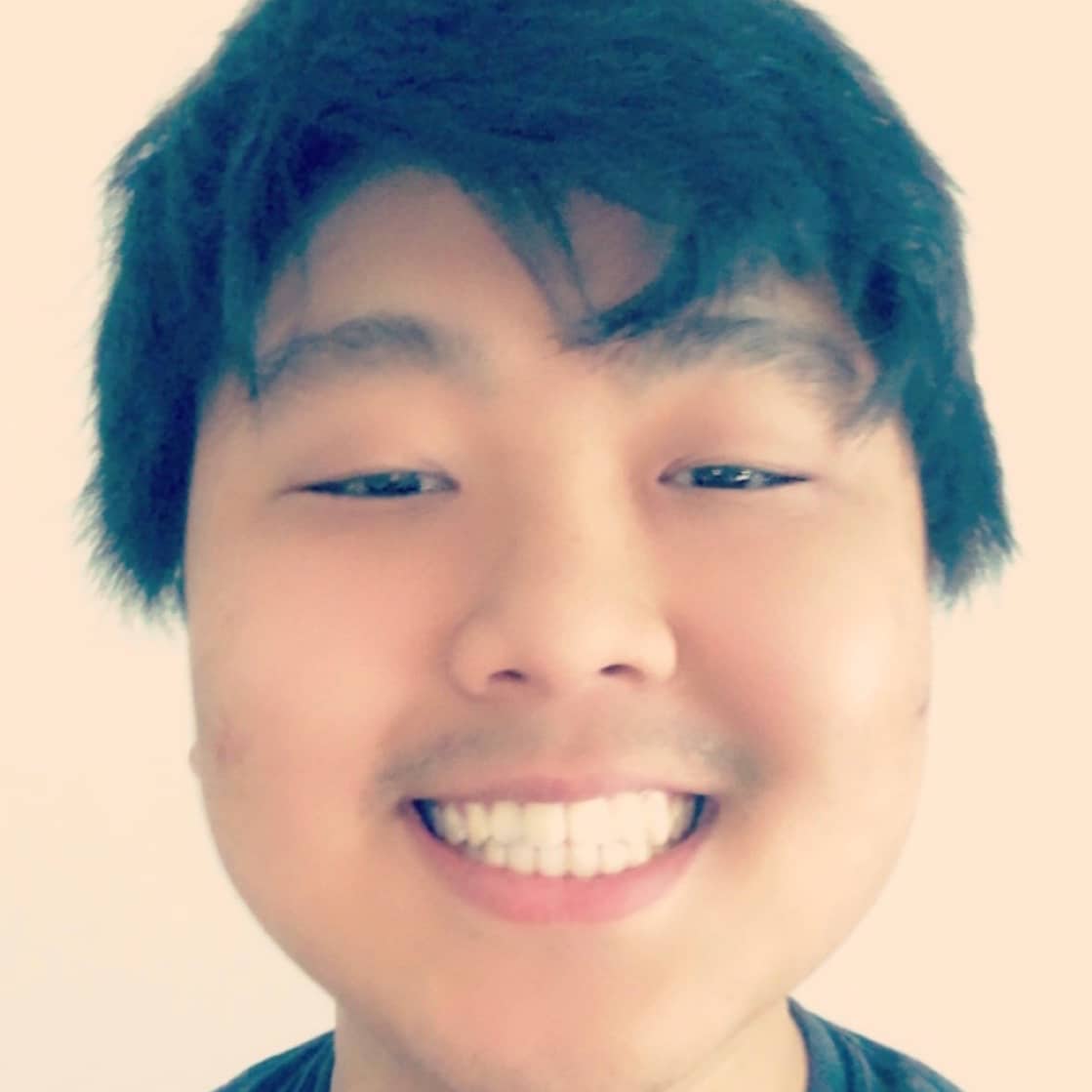