If you’re day trading stocks and want the inside scoop on the life of a day trader, join Wall Street’s ONLY FREE CHAT ROOM. This is where you can witness firsthand the thought process, strategy, and execution behind day trading stocks.

Now, you might have seen the hammer formation before, as well as the hanging man. If you haven’t heard of the hammer or hanging man formations yet, don’t worry because we’ll be going over that here. 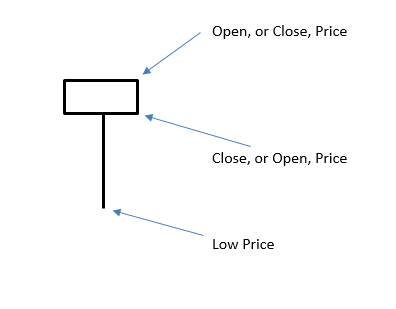 Depending on whether the stock closed higher than its open price in the period, or closed below its open price, the color of the candlestick will vary. If the stock price closed above the open price for that period, it would be green or white, depending on the colors you choose, and vice versa.

Again, you have to practice looking and scanning for this pattern, and spot them quickly, before you go out there and put real money on the line.

Now, let’s take a look at how you can easily find these patterns.

If you don’t already know, Finviz is one of our favorite tools to use here at Raging Bull. It’s free and easy to use. Moreover, it lets you filter for technical patterns and candlestick formations.

For example, let’s say you primarily focus on day trading stocks with market capitalizations greater than $10B and average daily trading volume of over 1M. With this filter, you could also add the “Hammer” formation as a criterion. 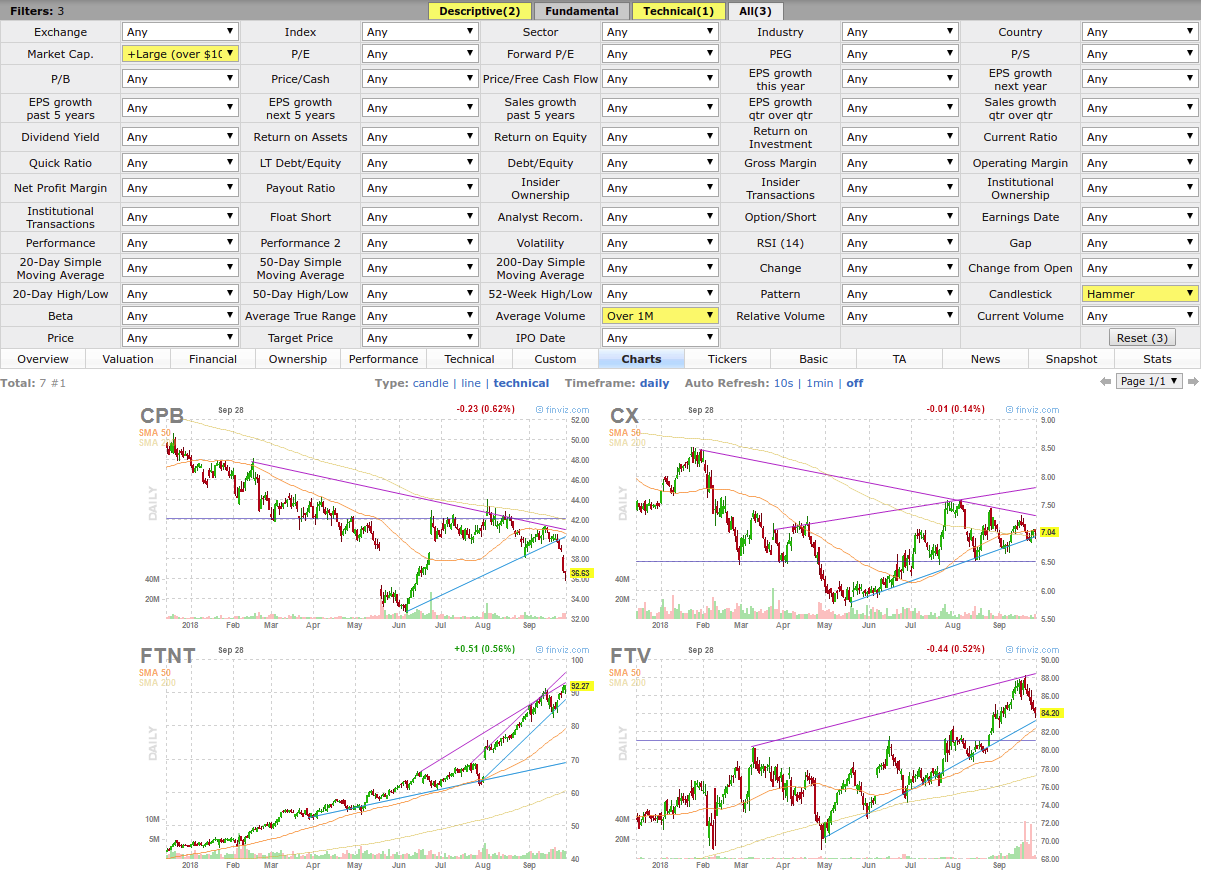 When you’re conducting your research, this is a great way to look at chart patterns.

For example, take a look at Fortinet Inc (FTNT). 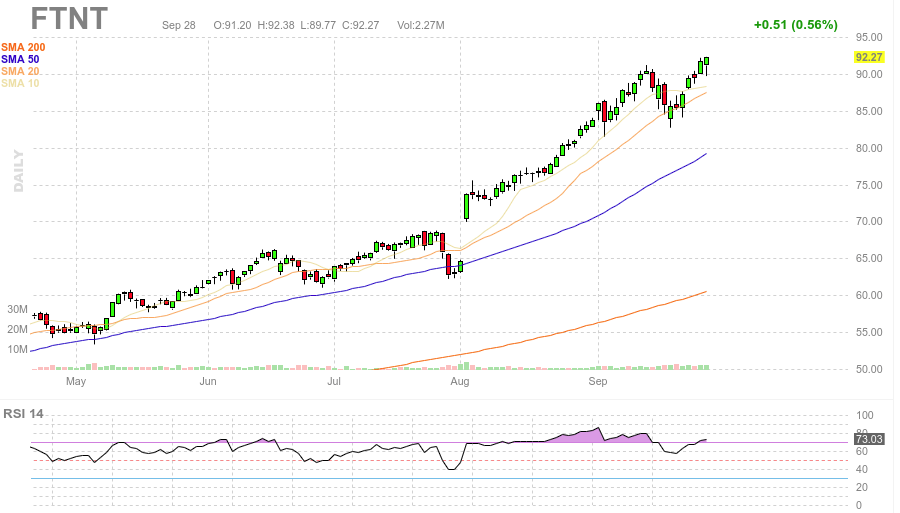 This would be considered a hanging man because the pattern is forming within an uptrend. That said, this could potentially reverse. However, there needs to be a catalyst to ignite the potential change in trend.

Moreover, here’s a look at the hammer formation in Campbell Soup Company (CPB). 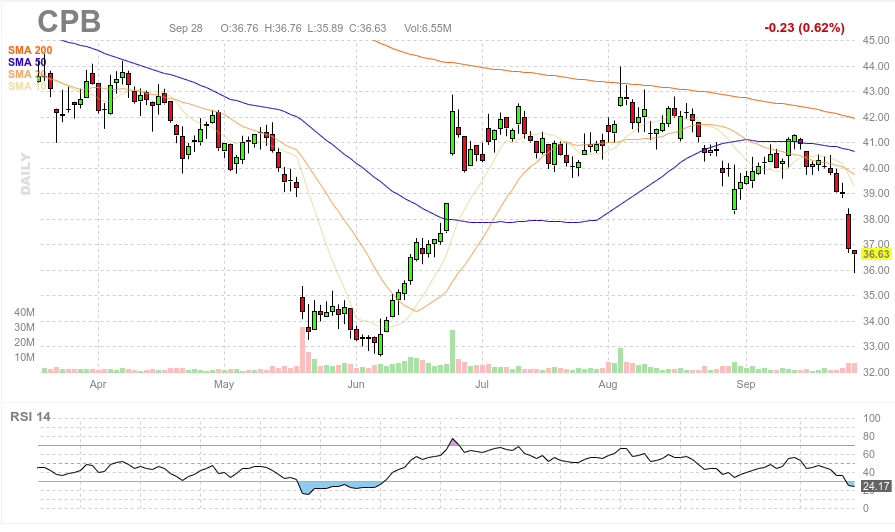 Notice how CPB is forming a hammer after coming down from $44. Now, keep in mind you would want to use other technical indicators or candlestick patterns before going out and day trading these stocks.

For example, maybe you might want to combine the hammer formation with moving average crossovers.

Moving on, we’ll go over the inverted hammer.

Now, let’s use the same filter from earlier, but this time we’ll filter for stocks with the inverted hammer pattern. 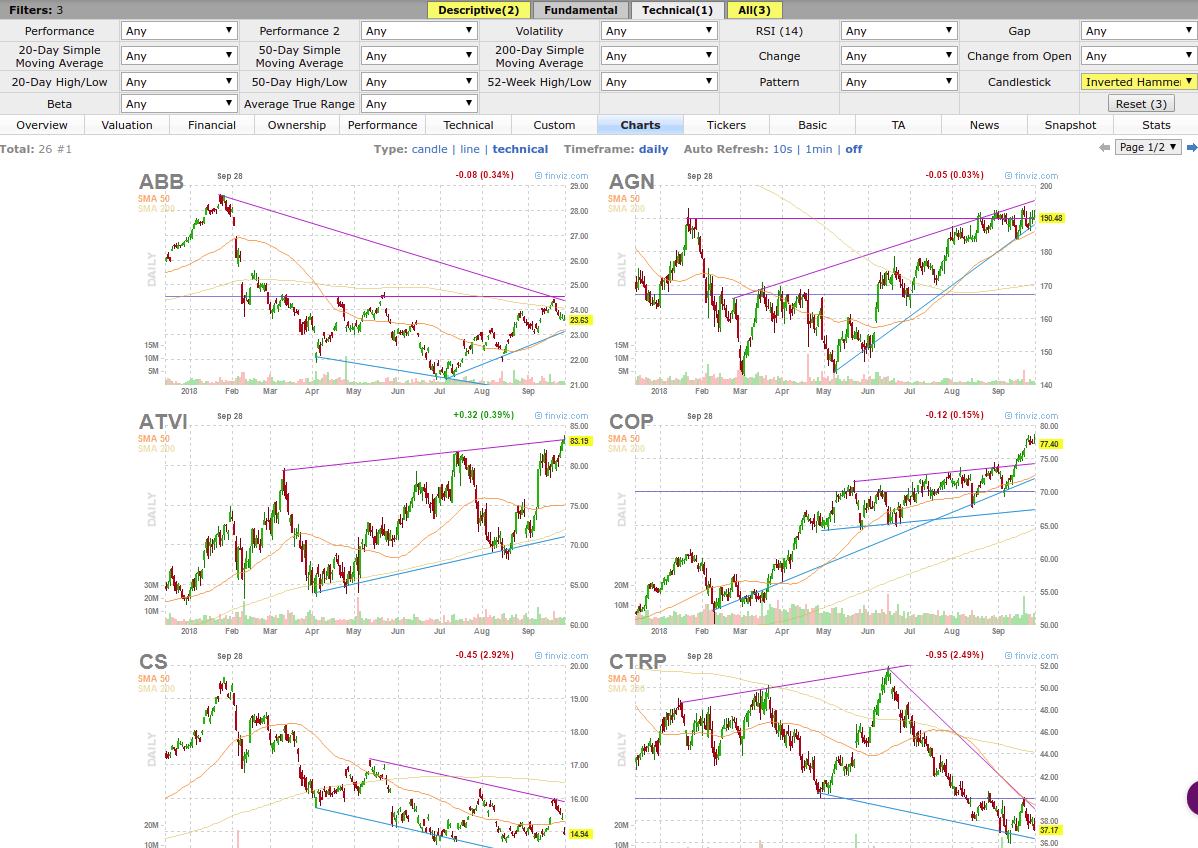 Now, if the inverted hammer occurs in an uptrend, it’s also known as a shooting star formation.

Here’s a look at an inverted hammer formation in Ctrp.com International (CTRP). 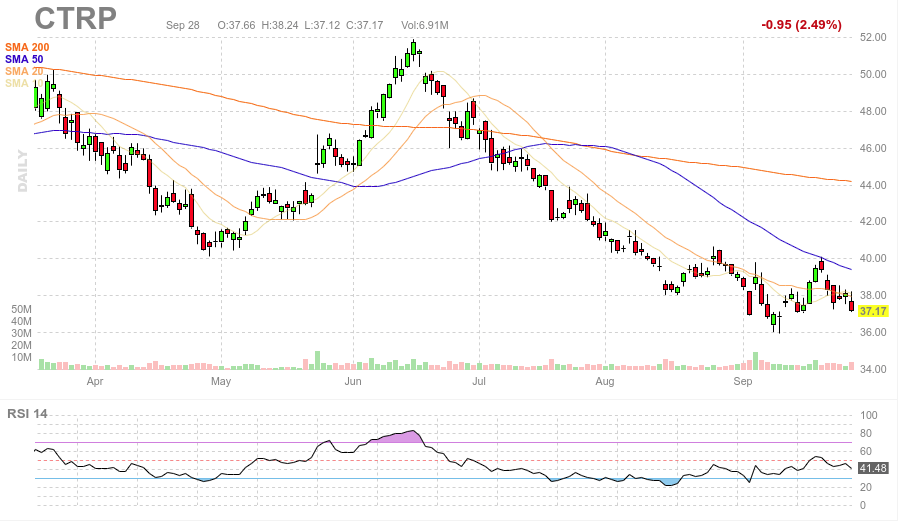 Notice how the inverted hammer is forming in the downtrend. Moreover, it looks like CTRP found some support at $36. Again, if you want to trade this pattern for a potential reversal, you should use other technical indicators to potentially increase the probability of the trade working out.

On the other hand, there’s the shooting star. Here’s a look at Activision Blizzard Inc. (ATVI). 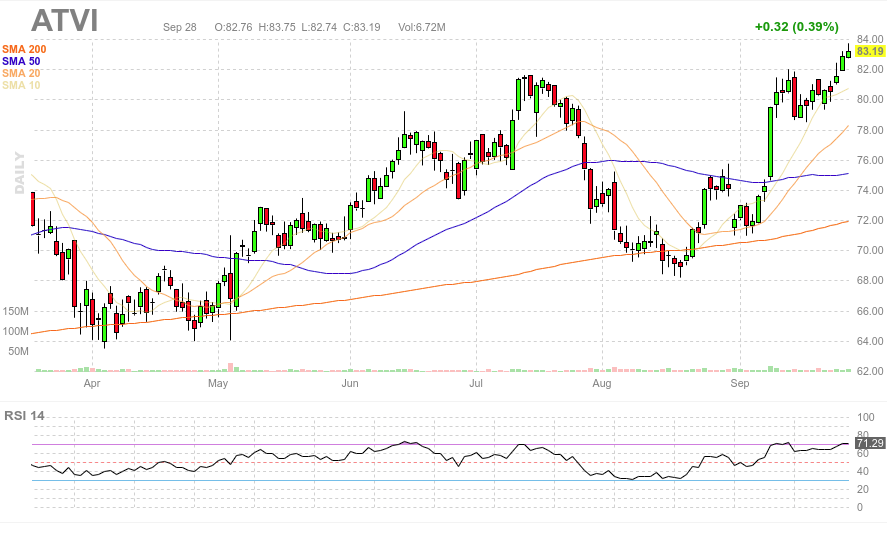 This inverted hammer is forming in an uptrend. Consequently, it could indicate a downtrend could be in the cards.

If you’re just getting started day trading stocks, there are a plethora of things to learn. Now, if you’re going to be a chartist, you need to understand some common patterns, such as the hammer and inverted hammer. Keep in mind that trading based on technical and candlestick patterns is an art form. Don’t just think that because a stock forms a hammer or inverted hammer, the stock will reverse the trend right then and there.