W hen there is a strong uptrend in the stock market, many traders will look for bull flag formations to help them make their entry and exit strategies for trading stocks. These flag patterns are what help traders analyze and evaluate stocks before they trade. 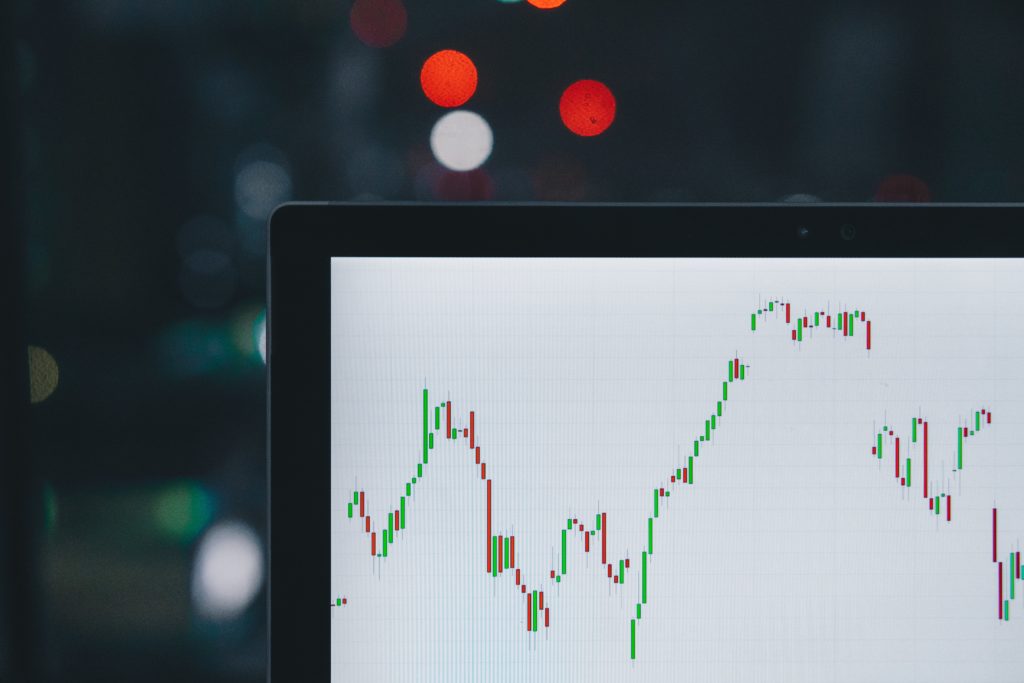 Image via Unsplash by M.B.M.

Before we get into bull flags and how you can build your trading strategy around these tools, it’s helpful to understand what flag patterns are and why stock traders use them.

A flag pattern found on a stock price chart is a short-term continuation pattern that occurs when a short-lived trend, which forms the flagpole, comes right before a sharp countertrend, the flag.

Generally speaking, flag patterns will indicate a trend reversal or a breakout after a certain consolidation period. There are both bull flag and bear flag patterns within these price charts that traders will use during a technical analysis when determining their position on stock investments.

Another aspect of flag patterns is what’s known as support and resistance, and the flag patterns on a price chart represent these levels. The support level is the price that a stock won’t fall below, and resistance is the price that a stock doesn’t seem to ever climb above. The longer the support and resistance levels hold, the more likely they’ll enter an eventual breakdown or breakout. When a stock finally breaks the resistance level, it creates a breakout, and when a stock eventually falls below the support level, it’s called a breakdown.

What Is a Bull Flag?

A bull flag pattern represents a continuation that’s going on as a short pause in the market trend.

This usually follows right after a sharp rise in stock price. The bull flag pattern resembles a rectangle sloping downward and has two parallel lines, called the trend lines, attached to the previous trend. The flag formation that occurs represents market trends during a period of consolidation. During this time, the stock volume should dwindle through the flag formation to achieve a breakout.

When you look at it, the bull flag chart pattern can tell us several things. First, it tells us that stocks are making strong upward moves on high volume and that stocks are consolidating near the top on lighter volume. Along with that, we can then tell that a stock should break out of its consolidation pattern on high volume. This will result in a continuation of the trend.

It’s important to understand how bull flags work, especially if you want to use these tools to help you form your trading strategies. The bull flag pattern can be pretty useful as a momentum trading strategy since it can be used on just about any time frame. They also work well for swing trading and trading on daily charts.

Bull flag patterns also come with some variations: the flat-top breakout pattern and the pennant pattern. In a flat-top breakout, the bull flag will consolidate in a sideways manner instead of being pulled back. So, if you were to draw trend lines around it, it would look like a rectangle. Traders use this setup just like a regular bull flag pattern when analyzing stock price movements. In this case, the sideways period of consolidation can be more bullish than a typical bull flag because it won’t pull back nearly as much.

The pennant flag pattern is similar to the regular bull flag pattern, but the trend lines at the top and bottom form a point that makes it look like a baseball pennant. These patterns are a little trickier than regular bull flags because they have that point. This means that stock volume is relatively low, so traders are more likely to wait for a sharp rise in price before jumping in to sell their shares.

How Do Traders Use the Bullish Flag Chart Pattern?

One of the most important reasons to use a bull flag chart pattern is to assess how stock market prices are moving. It’s an extremely useful tool in stock analysis because traders can use it to know when a stock’s price makes a downward movement so that they can buy up shares of the security at the lower market price.

Then, when the price takes a sharp turn upward, the stock value increases, and this is what determines the length of the flagpole on a price chart. Traders use the data from these stock charts to help them make trading decisions about when to buy and when to hold securities. Essentially, bull flag charts tell traders that there’s a strong comeback in stock prices that will be followed up with a consolidation period where they can either sell their positions or get in to buy.

With that being said, this can also put downward pressure on stock prices, which can push into a bearish market. So, even though bull flags can indicate an eventual breakout, traders should always keep an eye on additional factors that could affect their returns.

The bull flag pattern can help investors develop various trading strategies for both entering and exiting positions. While trading on bull flag patterns is a useful tool for momentum trading, it’s also good to use when making day trades and intraday momentum trades. Let’s look at some of the ways that we can put the information from our bull chart patterns to use:

Once you learn how to interpret and use the bull flag patterns on your stock charts, you’ll have a solid foundation for reading price charts with both bullish and bearish stock market chart patterns.

Typically, bear flag patterns occur in the charts after a large price drop where the trend is attempting a reversal. Unlike the bull flag, the bear flag pattern shows the trend lines connecting lows and highs from the bottom rather than the top.

When traders who hold long positions in the market see this pattern, it usually makes them want to unload as the price falls beyond the support level. This triggers a bearish flag breakdown, the opposite of a bull flag breakout. In this case, short-sellers may be the traders who are most likely to rely on the bear flag patterns to develop their trading strategies.

Now that you understand bullish flag formations, you can start using them as a stock analysis tool to improve your trading strategies and assess how the market prices seem to be moving. Once you’ve analyzed the bull flag chart, you can find the entry and exit points that work best for you.