How to Trade Stocks – SMA vs. EMA

How to Trade Stocks – SMA vs. EMA

The simple moving average assigns equal weighting to all values. For example, if you’re lookin at a 200-day SMA, the last 200 prices are summed up and divided by 200. Thereafter, you have your current 200-day SMA.

How to Trade Stocks – SMA vs. EMA Charts

Here’s a look at the iShares Russell 2000 ETF (IWM). We plotted the 13-period simple moving average (SMA) and the 30-period SMA on the hourly chart. 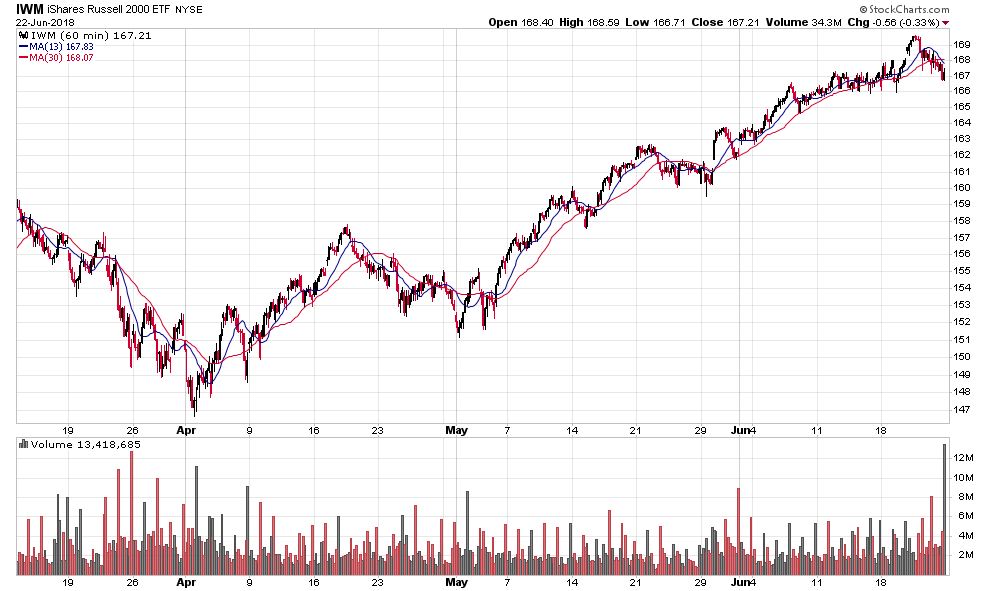 Now, Jeff Bishop likes to use simple moving average crossovers for his trading. Basically, if he sees the shorter-term SMA cross above the longer-term SMA, it’s a buy signal and he might buy shares of the stock or ETF, or even options on those securities. The opposite is true if the shorter-term SMA crosses below the longer-term SMA. A short-term moving average is said to be faster because it considers prices over short periods and are more reactive to daily price changes. On the other hand, longer term moving averages are thought to be slower because it filters out the noise in prices.

Moving on, here’s a look at the same chart, but with the 13-period exponential moving average (EMA) and the 30-period EMA. 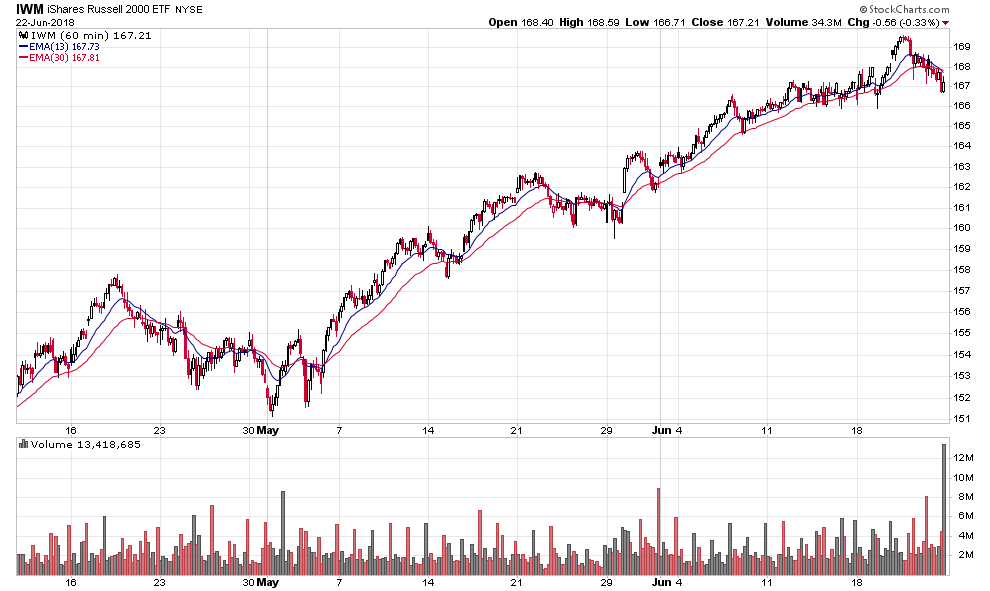 You could use SMAs and EMAs to signal when to buy penny stocks too. Basically, it could be used on all stocks, but you need to understand these are lagging indicators. In other words, they do not necessarily indicate where a stock is potentially headed.

Since more recent prices have higher weights, it responds more quickly to recent price changes. Many traders and investors like to use EMAs due to this fact. However, some traders still stick with SMAs because they found SMAs work better for their trading. Old habits die hard.

You should have a basic understanding of simple moving averages and exponential moving averages by now. However, just because you understand this, it doesn’t mean you’ll end up making money right away. Learning how to trade stocks is typically a long and bumpy road, but once you learn some of the fundamentals, you should start to get better over time. It’s going to require a lot of time, dedication and continuing education. There’s a lot to look forward to, because once you learn how to trade stocks, you could move on and learn how to trade options and potentially multiply your money.