What Is a Golden Cross?

T here are several chart patterns that traders keep an eye on and often use when making trading decisions. These patterns show traders when stocks or other financial vehicles they’re watching are gaining or losing momentum. One popular technical pattern indicator is a golden cross. This bullish signal is helpful for traders because it can show a potential bull market on the horizon. Learn more about what a golden cross is, the three stages of this pattern, the difference between a golden cross and death cross, and limitations you should be aware of when using this technical chart pattern.

What Is a Golden Cross?

A golden cross is a pattern that occurs when two moving averages cross each other in a candlestick chart. This pattern occurs when the short-term moving average moves above the long-term average. When traders notice a golden cross pattern forming, they take this as an indication of a strong bull market on the horizon that’s strengthened by higher trading volumes.

This indicator can potentially indicate a major rally, or a period of steady increases in the value of stocks, bonds, and other financial vehicles.

Golden cross patterns are common indicators that traders watch and that the media frequently highlights. This is due in part to the easy-to-follow nature of this technical indicator. Those investing in the long term usually look at 50- and 200-day moving averages, while those using short-term strategies focus on three- and eight-day averages. Most traders don’t use the golden cross pattern alone; rather, they combine it with other technical indicators such as the moving average convergence divergence and the relative strength index.

What Is a Moving Average? 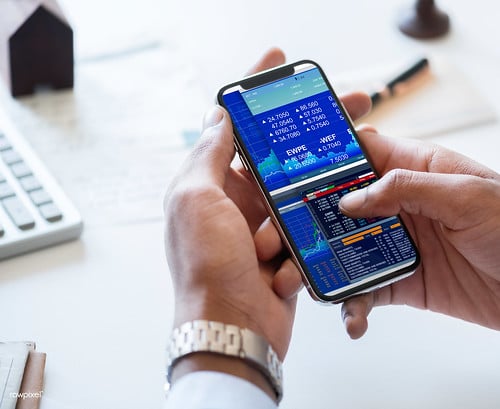 A moving average is the average price of a stock over a set number of periods. Understanding moving averages is an important component of being able to identify a golden cross pattern because you’re actually looking at the lines of the moving averages to find the cross. Moving averages are stock indicators frequently used by technical traders to analyze a stock. The objective of assessing a stock’s moving average is to get a more accurate read on security trends.

Knowing the moving average of a stock helps to eliminate the effects of short-term fluctuations seen in stock prices over a set period of time.

Traders can any set number of periods they want to calculate moving averages. Many traders use a 200-day period to find moving averages since it’s a long enough time frame to identify steady trends rather than random spikes and drops. However, some time frames are as short as five or 10 days.

Moving averages are calculated by analyzing a trend direction of a particular stock to identify its resistance and support levels. A moving average is considered a lagging (or trend-following) indicator because a stock’s moving average is based on its previous prices. The longer the period of time traders use, the more lag it will have.

Stages of a Golden Cross in Stocks

The golden cross pattern typically goes through three different stages throughout its lifecycle:

Another common technical pattern used to predict the future performance of stock is the death cross. This pattern is the exact opposite of the golden cross because it signals a long-term bear market on the horizon. Both technical patterns act as a strong indication of a longer-term trend that’s seen through a short-term moving average crossing over a long-term moving average.

How to Use the Golden Cross Pattern

Technical traders often use the golden cross pattern to decide the best time to enter and exit the market. It’s also used to determine the best times to sell and to buy and hold.

When analyzing the market for a golden cross pattern, there aren’t any hard-and-fast rules to follow and there’s no specified time period for moving averages.

Limitations of a Golden Cross

The golden cross pattern offers a solid trading tool that can be used to identify potential entries into the market. As with many technical trading tools, it also comes with a few limitations.

The most prominent limitation that this pattern can impose is that all golden cross indicators are considered lagging, meaning they don’t show a trend until the trend has actually happened. This means that when you observe a golden cross indicator in the market, it’s not always a solid predictor of future price movements and can even give a false signal that can result in profit loss.

A golden cross is a potentially powerful technical indicator that can add to your success as a trader when used appropriately and wisely. Take time to get familiar with the golden cross pattern and how it can most benefit you in your trading efforts.