Read this before it’s too late

I’m about to lay down some heavy news…

Something you need to be aware of whether you’re a trader, investor, or just trying to make ends meet.

We’re witnessing a potential collapse in the U.S. Dollar!

While this scenario is typically so remote, we’d never dream it could happen…

Odds continue to increase that it may be just around the corner.

Information I’m going to deliver to you in detail here.

You see, the dollar has been the rock for the global economy for over a century.

No one ever questioned its existence or longevity. 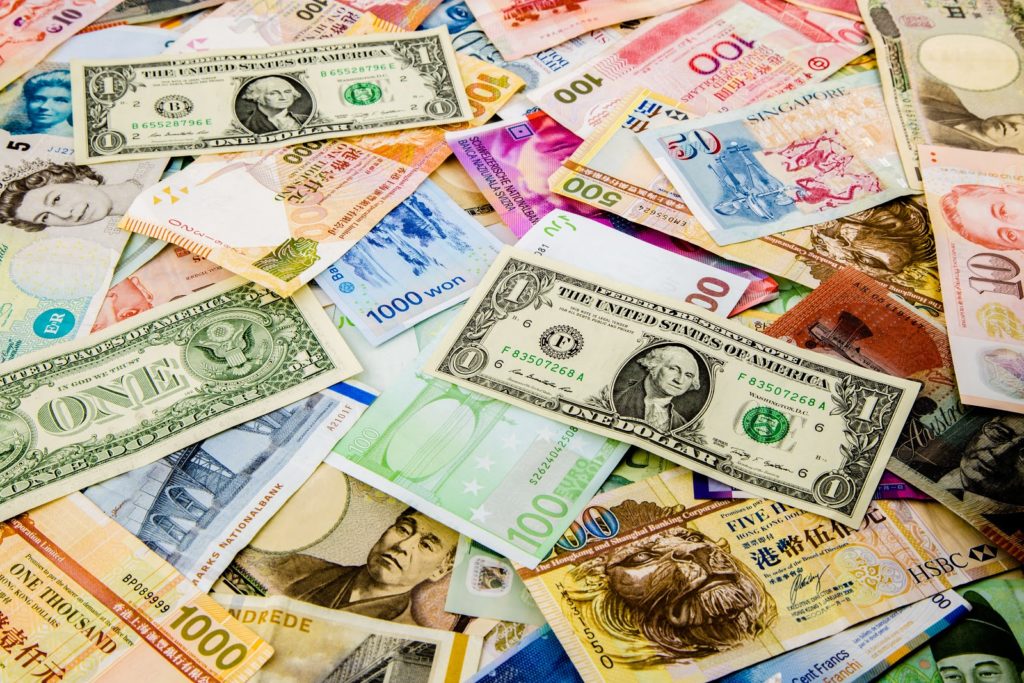 Most of us never think about the U.S. dollar outside of whether we have any in our wallets or purses.

Fact is, the U.S. dollar provides the base for a vast amount of global trade. It’s stability and endurance underpin the confidence in the world economy.

Could another currency take over?

Of course. It just hasn’t happened.

That’s meant there’s always a baseline demand for U.S. dollars, preventing it from truly devaluating as opposed to say the Turkish Lira.

The Federal Reserve and the treasury can increase the money supply to meet this demand as well.

In the recent economic crisis, the Fed flooded the market with money to weaken the U.S. dollar. Their goal was to drive down interest rates on loans to spur growth.

So, if it’s doing what they wanted, that’s a good thing right?

Inflation can be good or bad (depending on who you talk to). Typically, most central banks shoot for 2% inflation. The U.S. Fed is fine with 3%-4% for a little while.

Here’s where things get interesting.

Movements that occur too quickly in a currency can cause a shock to the economy.

Imagine Wal-mart, one of the largest importers in the U.S. suddenly has to pay 10% more for its goods. Those increases often get passed to the consumer.

To stop inflation from getting ‘too hot,’ the Fed will raise rates to cut down on loan demand until the currency stabilizes.

And now we get to the tricky part.

Right now, demand on most goods and services is down due to the pandemic. So, inflation isn’t likely to creep up.

However, that doesn’t mean the dollar can’t continue its slide.

And if it goes too far, there’s only one course of action to stop it…

That’s right. The very actions the Fed took to save the economy over the last 12 years could blow up in their face.

Is it guaranteed to happen?

Is it likely to happen?

But as the Pandemic proved, statistics always win. Give things enough chances to fail, and one time they won’t disappoint you.

Worst case scenario…well let’s not go there. If it happens, you’ll know it.

So what are the most likely outcomes?

I see this playing out one of two ways.

First, we get a large decline in the dollar to the point that policymakers and the central bank act in some concerted fashion with other central banks. There’s a lot of tools they have when they want to get creative.

During that time, I expect the markets to panic…a lot. We’d probably see something close to what happened in March until they laid out their plan, which could happen so fast that nothing really goes south.

Second, they are forced to raise rates like Paul Volker did in the early 80’s to crimp demand against rising crude oil prices. To give you an idea, the 10-year yield back then was over 15%.

Third, the dollar stabilizes at some lower level. That would be the best outcome for the Fed. It would allow them to achieve their targets after trying for so long.

In any of these scenarios, it means that exporters benefit and importers get hurt.

Here’s a list of the stocks that I see on both sides of the ledger.

You can see the theme taking shape here. Grocery and apparel get smoked while any industrial or raw goods exporter does well.

Everything else is sort of in between.

I plan to use this to frame my trades in the coming months, so keep some of these on your charts.

Before you start selling everything…

Take a moment to learn about all the choices you have.

Register for my upcoming High Octane Options webinar, and learn exactly how I take advantage of some of the best trading markets of my lifetime.

Click here to register for the High Octane Options Webinar.