When Is the Best Time to Buy Stocks?

I f you’re just getting into trading, you may be wondering when is the best time to buy stocks. Unlike traditional investing, traders typically have a short-term focus, planning for a quick turnaround in the next few days, weeks, or months. However, is there a best time when it comes to trading stocks? The answer is yes. Let’s delve into how you can time your trading decision.

Best Time of Day to Buy or Sell Stocks 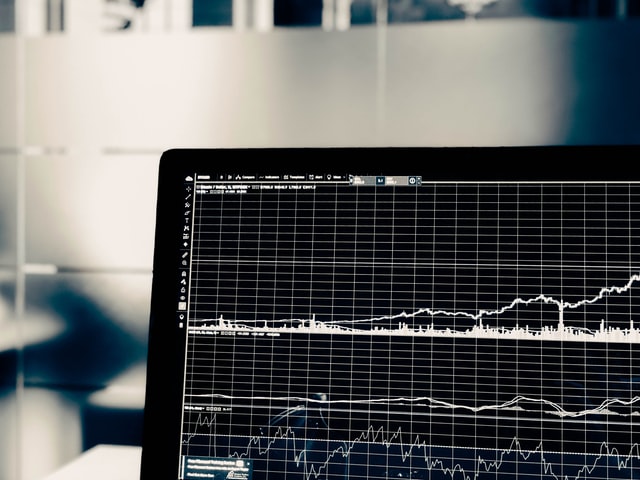 Image via Unsplash by chrisliverani

Here is a look at the different times of day the stock market is open and the primary factors that affect whether you should buy and sell stocks during those times.

Companies typically release their earnings reports prior to the opening of the market. If the traders expect a company to release a strong earnings report, the price will generally rise quickly when the market opens. That means that one of the best times to buy stock if you see a good earnings report is in the pre-market, which lasts from 4 a.m. until 9:30 a.m. The pre-market can actually be a great time to buy shares in a large company, as stocks are so accessible at this time, and the prices are less volatile than they are when the market actually opens.

The market tends to go crazy first thing in the morning, with prices in rapid flux. It’s in those opening hours when the market factors in all news and events that occurred since the closing bell on the previous day. So simply put, you should always anticipate that the market pricing will be volatile first thing in the morning. An experienced, skilled trader may be able to recognize patterns and take quick action to turn a profit. However, a less skilled trader could get themselves into trouble, suffering some serious losses.

There are exceptions to the rule, though, when it comes to trading in the early morning hours. The morning is actually the best time to buy stock for smaller companies. During the morning, exchanges are quoting prices, and traders typically have access to more shares. Some traders may also buy stock that they plan to close out at the end of the day. Because volumes are high when the market first opens, it means that shares are more accessible for purchase.

You can expect that the middle of the day will be the calmest and most stable period for trading. Traders are watching, though. It’s during this part of the day that people are waiting for any news to be announced that could impact pricing throughout the rest of the day.

Because pricing tends to be the most stable mid-day, this is the best time for less-experienced traders to place trades. Because the market is usually less volatile, the returns for trades are usually most predictable mid-day. Mid-day is also ideal if you want to buy a stock that you intend to hold over time, as the lower volume activity at that time of day eases any pressure you may feel regarding pricing.

Final Hours of the Day

The market volatility and trading volume increase again in the final hours of the day. In fact, most traders expect that the final hour, and especially the last few minutes of trading, will look a whole lot like it looks first thing in the morning. Between 3:00 p.m. and 4:00 p.m., traders are trying to close out their positions. They may also be trying to join a late-day rally and hope that the momentum will carry them forward into the next day.

Best Time of the Week for Buying and Selling Stocks

There are always going to be investors who believe that certain days of the week are better for achieving high returns. However, that theory has evolved over the years. While it’s true that some swing trading strategies can work more effectively if you time it right.

According to these theories, Mondays are the best day for trading, as the theory suggests that the returns and market movements are similar to what the market saw on the previous Friday. The theory also suggests that the stock market usually drops to lower levels because of negative news that circulated over the weekend.

Based on this theory, the market is more likely to drop on Monday, making it a good day to buy. Here’s the thing: While historical data does confirm scenarios like this, the effect that the weekend news has on the market isn’t always sensible and easy to predict. Still, if you’re going to buy stock and are trying to figure out which day is best, you may want to go for Monday.

Best Time of the Month for Buying and Selling Stocks

Myths About the Best Time of the Year to Sell

There are some myths that have been floating around for decades about times of the year you should buy and sell. Let’s take a look at a few of them here:

There’s a widely held belief that stocks tend to underperform in December and outperform in January. The thought process behind this idea, one known as the January Effect, is that investors should sell stocks in December and use those capital losses to offset their tax liabilities for the year. Investors could then take their year-end bonuses and invest them in January, in addition to the profits from those December sales.

While the idea sounds reasonable and some studies indicated that the idea had some merit, modern analysis discredited the concept. In fact, a more recent study showed that the returns in December almost double the January returns.

Sell in May and Buy in November

Have you ever heard the adage “sell in May and go away?” The idea behind this strategy is that investors should sell their stock at the beginning of May and then avoid the market entirely until November when they should buy back in. Let me put your mind at ease, though, that academics and investment professionals alike have debunked this piece of investing advice. A look at returns, including dividends, shows that the strategy of selling in May underperforms a buy-and-hold strategy year after year and has since 1926.

Another common misconception is that a simple metric can somehow predict stock market returns as if the investor was holding a crystal ball that could allow them to see into the return. Let me tell you, no such metric exists. Countless studies have shown that market timing is often counterproductive, in spite of the misconception that you can somehow time and avoid market declines.

Here’s the truth: the most successful investors are those who have diversified portfolios and who use proven asset allocation strategies to achieve long-term returns. It’s time in the marketing, not timing the market, that allows an investor to win in the long term. The best month for investing in the stock market is the first month when you can confidently commit the funds, putting them toward a long-term investment strategy.

General Advice for When to Buy Stocks

W hile many investors focus on timing the market right, unless you’re a high-frequency trader, market timing is usually not the decisive factor that determines whether an investment will be successful. The best investors understand the most important part of trading is doing your research and finding companies that provide real value and have a sustainable business and diversifying your portfolio.

The most important thing you can do as an investor is to tailor your instruments and time your investments based on corporate data and fundamentals rather than the day of the week or time of the month or year.

Rather than wasting time trying to figure out the best time of the week or month to invest, spend your time learning different strategies that you can use to become a more effective trader instead.