What you might not know is I was actually part of that 90% before. That’s right, before I made millions in the market…*

I actually lost about $40K, and while that might seem like a death blow, I knew I could turn it all around.

You see, I realized that I could make a career with just one idea…

My trading PnL turned around with just one setup…

Believe it or not, I believe YOU can learn how to do the same thing.

In fact, I want to walk you through the steps to design YOUR OWN SETUP.

While I can teach you my favorite chart patterns, which I find quite effective, designing your own teaches you WHY they work.

Because the truth is blindly following trade alerts only takes you so far.

Sustainable success requires understanding how and why the trades work.

And that all starts with crafting your own chart pattern.

What is a setup

Traders talk about setups, but what exactly do they mean?

A setup occurs when a series of criteria are met creating a potentially profitable trade.

Think about a snowstorm. What do you need for one to happen?

Cold weather, precipitation, and the right season all help.

That’s what I want in a trade setup.

I like to see a series of conditions come together, typically based on experience, that I believe will lead to profits.

For example. I often look to stocks near their all-time highs with high short floats and a strong upward trend.

These increase the odds of a short squeeze, driving explosive moves higher.

One of the easiest ways to find a setup is using a stock chart.

Use historical charts for inspiration

Knowing where to start is difficult. There are thousands of different way to trade, some more effective than others.

I recommend starting with someone else’s idea first and expanding from there. However, that’s not necessary.

After watching Jason Bond and studying momentum stocks, I started designing my own trade setups. Looking through historical charts, I realized that certain patterns tended to repeat themselves over and over.

Historical charts help you test out an idea by finding similar setups in the past and seeing how it played out.

For example. Let’s say I like to look for ‘flag patterns.’

I would search through charts to find times where it worked and where it failed.

What’s great is when you can find it in the same chart as I did here. 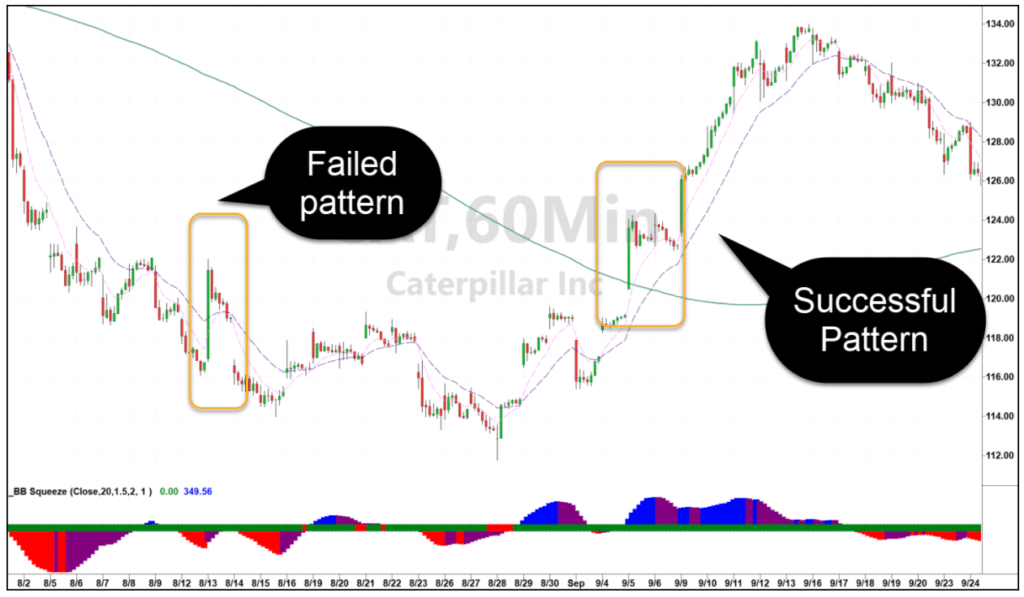 In this chart of Caterpillar (CAT), you find both.

Now look at the two and see if you can figure out why one failed and the other succeeded.

Maybe it’s because one came in the middle of a downtrend while the other was after a bullish reversal.

So how do you test that?

You look for similar patterns in downtrends and uptrends and see how often it works and when it doesn’t.

This process tends to repeat over and over until you come across something that stands out.

And as I said before, you can always start with an idea from someone like myself and then make it your own.

Once you find a pattern you want to try, you need to test it out.

Start by creating a trade journal where you can log your transactions. You should note the following at a minimum:

You don’t need to do this in a real-money account. Simulated/paper accounts work just fine. They really only fail when you work with wide bid/ask spreads or scalp trades that try to pick off pennies.

Once you compile the data you need to analyze your results and come up with the following:

I would also note any outlier trades such as big winners or losers.

With this information, you can see whether your idea is repeatable and reliable. Strategies that only win 50% of the time turn a profit if your average profit exceeds your average loss.

Even in failure, traders often find ideas from these journals. I went through multiple ideas before I found my niche. And that final breakthrough came out of another idea’s failure!

It took me a decade before I consistently turned a profit.

You don’t need to go through the fire.

Use my experience to become a better trader today.

Cut out all the trial and error.

Start with a battle-tested strategy – The Unbreakable Pattern 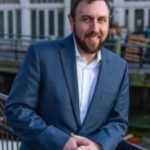 3 Sectors With The Most Hated Stocks