Why I’m short the market for the first time in a while!

It’s not too often that I’ll step out on a ledge to make a market call.

But watching the Nasdaq 100 blow past record highs…

I said to myself – Nathaniel Kathleen Bear (it’s a family name), you should get short this market.

But here’s the thing…

I rarely bet against the market.

However, after you hear what I’m saying…

I believe you might be on my side here.

Trades are fun for everyone…until they’re not…

Let me ask you something – how much would you pay for a bankrupt company?

If you said more than $0, then you probably bought shares of Hertz (HTZ) or Chesapeake (CHK).

See most shareholders get squat when a company goes bankrupt, which is why they tend to go to $0.

Recently, a lot of folks turned to online retail trading to pass the time during COVID. That’s lead to a surge in some of the most random areas, one of which being these bankrupt companies.

In fact, it’s been reported by firms that track Robinhood’s user data that there was a sharp increase in HTZ shares purchased by their customers.

This goes along with the old adage. When your friend’s brother’s uncle twice removed has a stock pick for you – we’re probably near a top.

All of it boils down to sentiment.

Right now, markets are exhibiting ‘irrational exuberance.’ The values of companies aren’t as relevant as the money flowing into equities.

However, that isn’t sustainable. That led to the dotcom bubble crash, the mortgage meltdown, and recently exacerbated the selloff in March.

But let me take this a step further and talk to you about complacency.

There’s a hurricane coming but I don’t need insurance

One of my favorite internal health measures is the put/call ratio. Looking at this, I can tell how many puts are out there compared to the number of calls.

I use this as a contrarian indicator. When the number gets too high, it tends to market a bottom. Too low, and it’s marking a top.

Typically, the equity put/call ratio is around 0.7. Traders tend to buy more calls on individual stocks and hedge it with put options on the indexes. 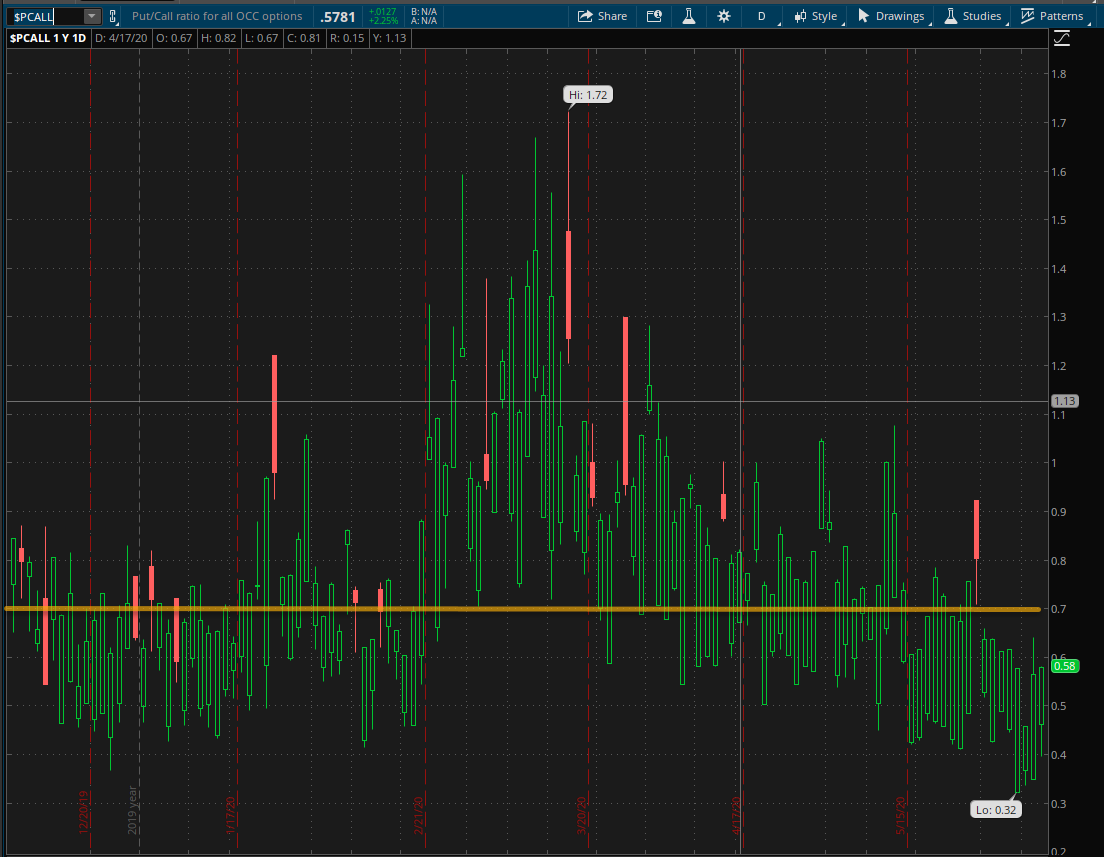 We’ve not only met but passed the levels seen before the meltdown.

This creates conditions where no one is prepared for the selloff. When one hits, you get traders scrambling to hedge themselves causing a self-fulfilling decline.

Take a look at the chart of Apple the last few days and tell me if this looks normal. 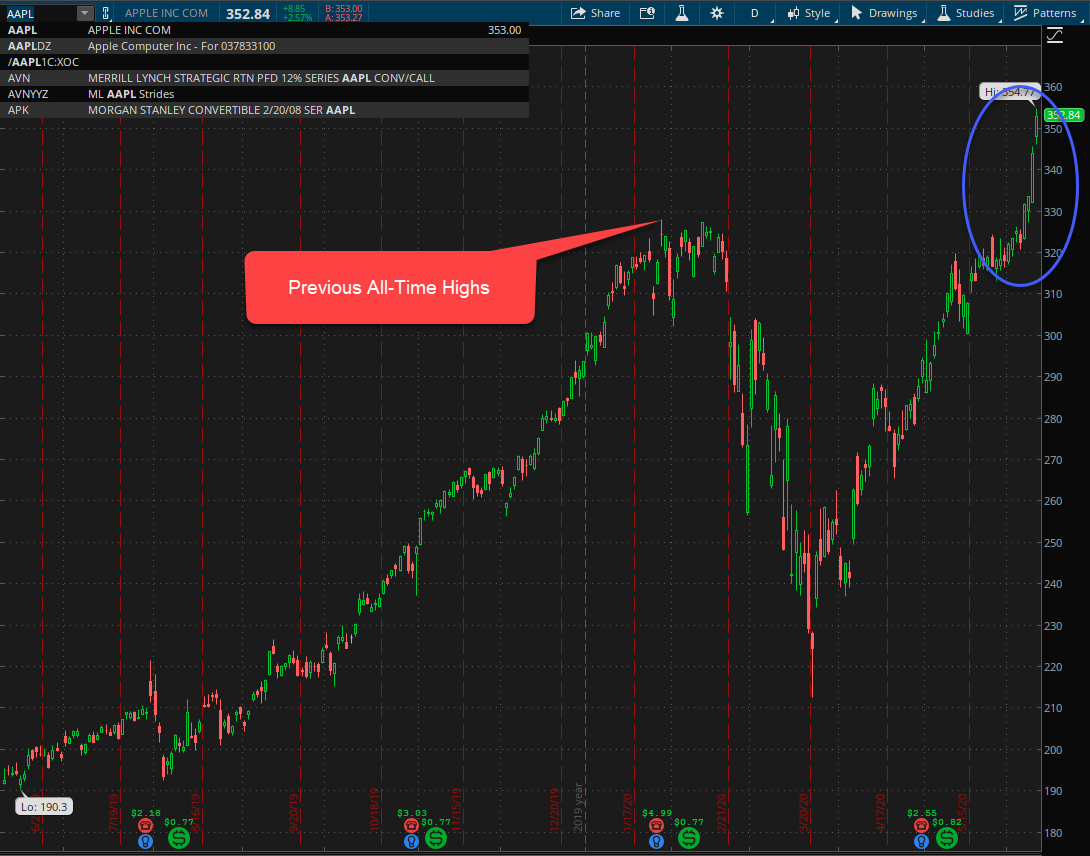 What we’re seeing is known as a short-squeeze.

Typically, this happens more to momentum stocks and smaller names. However, when everyone expects the bottom to drop out, it can happen on some big names too.

Here’s what’s going on and why it’s marking a top.

Traders out there don’t expect Apple to blow past the old-highs. So, they get short in and around that area.

At some point, they get too far in the hole. Their broker calls them and tells them to close out their positions. This forces them to buy the stock.

In turn, that sends the stock higher, which forces more people to cover their positions. Effectively, you get traders buying the stock because they have to.

Eventually, this runs out of steam. There are no more buyers with a share price that is way overvalued.

What happens next should be obvious. With no more buyers, sellers take over, sending shares plummeting.

Usually, money hides in gold, treasuries, and currencies like the Yen or Dollar when stocks are falling. Traders look to these as leading indicators for equities.

All of those markets continue to hold at elevated levels or move higher right alongside stocks.

At some point, one of the two will be wrong. Most of the time, it turns out to be stock traders.

You see, currencies are typically traded by the banks. So, they aren’t too speculative. Rather, they pretty much take what they need to run their business, creating a fairly open market.

Bond traders tend to think long-term. They invest not just for days or months, but years to decades. When they make decisions, it’s usually well thought out.

One of these safety markets could be a fluke. But not all of them. That just smells like trouble.

Here’s how to find great trades in this market

This is a challenging market, no doubt about it.

That’s why I do all the heavy lifting in my LottoX trading service. With years of experience and millions of dollars in profits, I bring you my best ideas every day.

And this isn’t just some alert service. With live training sessions, you learn how to become a better trader.