FAQs: The Fed, The Spread, and Selling the News

Well, yesterday proved to be a Buy the Rumor, Sell the News kind of day, as stocks initially rallied following an emergency rate cut from the Fed, but shortly thereafter made a U-turn.

It looks like we’ll have a nice pop following Joe Biden’s success on Super Tuesday. But we’ll have to see if the market can hold its gains—something it couldn’t do yesterday.

The Dow Jones Industrial Average (DJI) was up about 300 points early on, and amid the positive momentum I took a few shots — and even bagged a $3,500 Jason Bond Picks winner in LESS THAN AN HOUR! — but alas, the buying pressure dried up with a quickness and volatility sank its teeth in again.

By the close, I was having flashbacks of last week’s nasty sell-off, with the Dow ultimately ending on a loss of more than 700 points.

Stocks on Monday just enjoyed their best session since 2009, when this bull market started, so it appears traders were pricing in Fed intervention (buying the rumor), and then took profits when it actually happened (selling the news).

I’ve been saying since last week that I expected the Fed to step in. And while yesterday’s rate cut was labeled a surprise in the media, most of Wall Street was anticipating it.

The rate cut was issued to combat economic concerns in the wake of the coronavirus, and Wall Street today is digesting Super Tuesday results indicating former Vice President Joe Biden is set to get the Democratic nod.

That said, and with the S&P 500 in the midst of the “W” pattern I’ve been expecting — today I thought I’d take a little time to answer some Frequently Asked Questions about the Fed, as well as some FAQs about selling options and the “casino strategy” I trade in Weekly Windfalls.

This is a complicated question, and I’m no economist, so I’m going to give you the simplest answer possible.

The Federal Reserve is a group of a dozen guys and gals who dictate monetary policy.

It’s led by a chairperson, currently Trump-picked Powell. (Trump has since soured on Powell, but that’s a story for another day.)

The Fed meets eight times a year to discuss the economy — with a particular eye on employment and inflation — among other things, and then decides to raise, cut, or maintain the current fed funds rate.

Again, not getting buried in the intricate specifics here, but the rate is important for banks, especially, and the economy as a whole.

Theoretically, when the Fed cuts its benchmark rate, it’s supposed to stimulate lending and economic growth.

You usually see Fed rate cuts during times of economic instability or uncertainty, while rate hikes usually occur when the economy is picking up steam or strong.

Historically, stocks have reacted positively to rate cuts, which are supposed to spur economic activity (which typically means better earnings for corporations, among other things).

When the Fed has tightened its policy, raising rates, stocks have usually dropped.

The Fed can also move stocks without a rate change.

For instance, if a Fed member unexpectedly makes a dovish or hawkish comment, indicating a rate cut or hike in the future, it can move stocks.

Plus, after each policy meeting, the Fed’s meeting minutes are released. The savvy financial media PORE over these minutes looking for any deviation in semantics. A word like “patient” thrown in the minutes has even moved stocks.

There’s even a FedWatch tool from CME Group, which quantifies the market’s expectations for a Fed policy change.

Now, on to what you’ve all been waiting for!

Here are some of the most common questions I was asked at last week’s AWESOME RagingBull Summit in Orlando.

Before we do a deep dive into the necessary questions to ask before putting on a spread, you should first make sure that you’re eligible and have plenty of practice making paper trades.

When buying shares of a stock outright, you usually need only enough cash to cover the purchase, plus any brokerage fees.

It’s typically the same when simply buying a call or put option — you usually need just the cost of the contracts.

That’s because the most you can lose on an outright stock or options purchase is the initial cash outlay.

However, trading credit spreads is a little different.

These typically require a minimum margin requirement of just $2,000, though that varies  among different trading platforms.

However, you could cover that with just ONE fat Windfall, like the $2,800 Apple (AAPL) win I told you about recently.

It should also be noted that there is a tiered system of approval levels for options traders.

That’s to protect you from getting yourself in too deep.

Specifically, there are four option approval levels, and you’ll simply be vetted by your broker before moving up the chain. 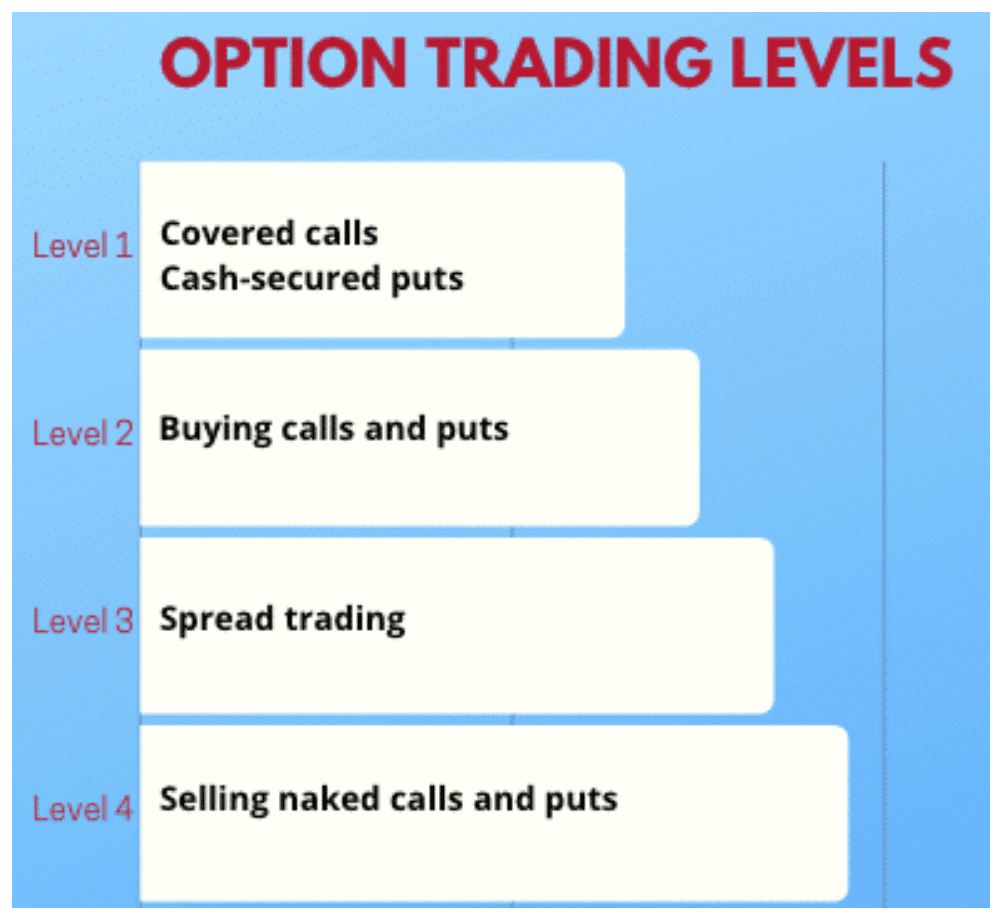 I can’t advise you on that, sorry. But I will say that last year, several brokerage firms embarked on a “race to zero” commissions.

As such, it’s never been cheaper to be an options trader.

Per stats from NerdWallet.com, TD Ameritrade — what I use — as well as E*TRADE, Charles Schwab, and several others have $0 commission on option trades.

All three of those brokers have five stars (out of five) on the site.

However, keep in mind that while commissions have nosedived recently, due to escalating competition, most brokers still charge a relatively low per-contract fee.

Other things to consider when choosing a broker:

Unlike selling something at, say, a garage sale, where you have to buy it first, selling options to open is different.

Remember — when you buy a call or put option, you have the right (but not the obligation) to buy or sell, respectively, the underlying shares at a predetermined price (the strike).

But for every option buyer there must be a seller.

So when you sell a call or put to open, you’re obligated to sell or buy, respectively, the underlying shares at the strike price, should the buyer exercise the option.

In a nutshell, you’re just taking the other side of the trade, saying you don’t think the buyer’s prediction will come to fruition.

However, you typically don’t want to sell “naked” options, because that’s extremely risky…

What I mean by “naked” selling is — you’re exposed to a lot of risk, due to not already owning the shares or having another leg of your trade.

For example, let’s say you sold to open a 100-strike put on Stock XYZ, which is currently trading at $105.

This means you expect XYZ shares to stay above $100 through at least most of the option’s lifetime.

By selling the put, you automatically receive a net credit (typically the option’s bid price at the time). Your goal is to capture as much of the premium as possible before expiration.

Now, let’s say XYZ shares dropped to $95 on unexpected bad news; those 100-strike puts would now be in the money (ITM).

See what I mean?

Naked options selling should be left to the professionals, and if you’re willing to take that risk — or if you don’t mind owning the underlying shares — (the rewards can be juicy, especially in times of market volatility), I suggest you check out our Options Profit Planner.

Like I said, if you’re a seller of puts and get assigned, it’s your obligation to BUY the shares at the strike price if the buyer exercises the option.

When you sell calls and get assigned, it’s your obligation to deliver the underlying shares at the strike price if the buyer exercises the option.

Your odds of getting assigned increase the closer you get to expiration AND the deeper into the ITM your sold option is.

Before you freak out, a couple of things to remember:

The VAST MAJORITY of sold options do not get assigned. Maybe one in a hundred?

It’s worth repeating — MOST OPTIONS DON’T GET ASSIGNED.

And when you initiate a credit spread, you have a built-in “insurance policy” in the form of your bought option — you’re not naked. 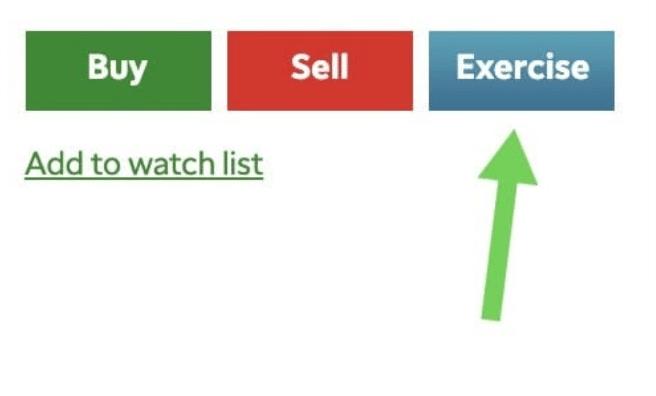 That means the seller has to deliver 100 shares of the stock for $97.50 to you, and you can then turn around and sell those shares.

OR, remember — you put on a BULL put spread, meaning you were bullish on the stock to begin with.

If you remain bullish, you could always hold on to those shares and leave your bought put on. The long put will then act as an insurance policy on your shares, so if the stock continues to fall within the option’s lifetime, you can always exercise.

Yes, hunting and stalking stocks — and then layer on another quest to find the right options… all of that can be time-consuming.

But the good news is — THAT’S WHAT I’M HERE FOR.

I spend my entire day stalking trades, looking for the perfect setups.

Whether that’s hunting small-cap stocks or mid- and large-cap option buys in Jason Bond Picks — like the $3,500 winner yesterday — or my credit spreads in Weekly Windfalls.

So sit back, relax, and let me do my job!