The Importance Of Risk-Reward

When it comes to trading, one of the most important factors to understand— in my opinion — is risk-reward.

Many successful traders will calculate their risk in relation to the potential reward when they consider entering a trade. Now, I’m no different whenever I trade options spreads.

Before I get into any trade… I know how much I’m risking and my potential reward when I first establish a position. 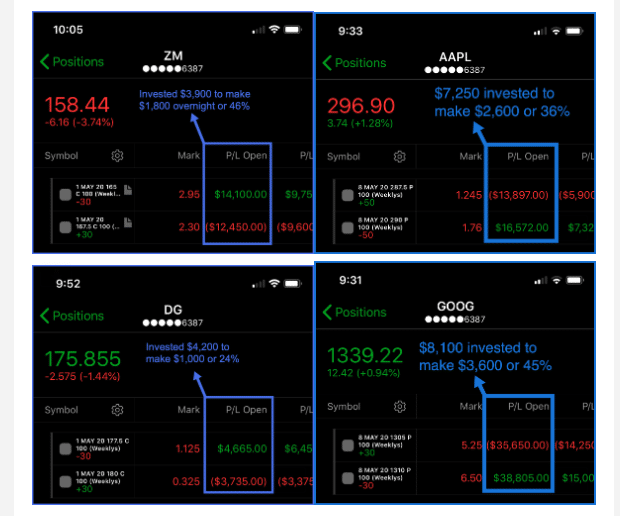 With options spreads, more specifically — credit spreads, I like to weigh the risk-reward so I know how to size my position properly in relation to my account size.

So how do I do it and why do I believe it’s so important?

How To Figure Out Risk-Reward With Credit Spreads

Now, when it comes to risk-reward… I believe the idea is simple. Basically, I want to know how many dollars I’m risking in relation to the dollar amount I can potentially make. For example, if I’m in a position and my downside is $2,000, but my maximum profit potential is $2,500 — that means for every dollar I’m risking, my potential reward is 1.25.

When it comes to options spreads, it’s a little bit different. First, you would have to figure out the maximum potential profit and the maximum loss. Typically, your broker or options trading platform would calculate this. However, if it doesn’t, that’s okay.

Now, I’m going to show you how to do this with the short put spread, also known as the bull put spread. If you’re interested in learning more about credit spreads, then click here to receive my complimentary options trading eBook.

When it comes to the bull put spread, traders typically use this when they believe a stock may stay above a certain level and run higher. The thing with credit spreads is the risk is defined, as well as the potential profits.

Here’s a look at the risk profile of the bull put spread. 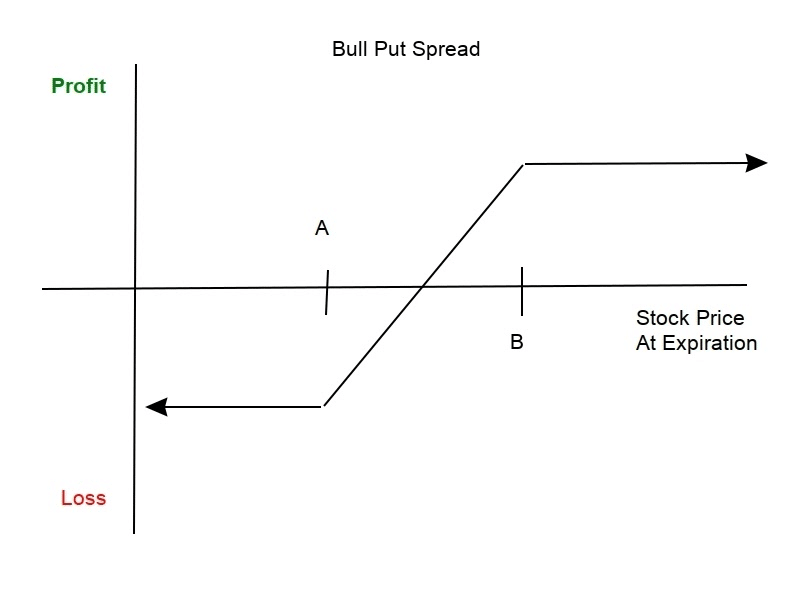 As you can see, at some point, the strategy can either reach the maximum loss or maximum profit.

Now, how do you calculate the maximum profit?

For example, let’s say you sold a $50 put in a stock and simultaneously purchased the $45 put (to hedge the short put position) for a net credit of $1.50.

Now, knowing the maximum risk in a credit spread is highly important.

On the other hand, the maximum potential loss is calculated differently. The risk for a bull put spread is limited to the difference between strike A and strike B, less the net credit received.

So let’s continue with the hypothetical example from before.

I know what you’re probably thinking… why would anyone want to use this strategy if the risk outweighs the reward?

Well, to me, I believe this strategy actually can stack the odds in my favor.

Why do I say that?

The thing is, I can profit in 3 different ways…

Not only that, but time is on my side when it comes to credit spreads.

Now, if you want to see how I use credit spreads and set myself up for success, then click here and watch my options trading masterclass.