The crucial choice traders must make

When you’re looking at business ventures, demand is a big part of the equation. No demand? No business! Create a demand? You’re in business!

Take bottled water, for example. There was zero demand for bottled water just a few decades ago. But in a few years after “the Big Gulp” took the market by storm, containing a cup of sugar (or the equivalent in corn syrup) in every 32 ounce cup, and diet soda started having some bad press as well, and the taste of tap water left much to be desired for folks replacing their soda habit, bottled water became a thing.

According to Statista, consumers bought 16.2 gallons of bottled water per year in 1999, and market demand has almost tripled since then.

Growth is what leads investors to seek the next big success in the market. And it’s not just bottled water I’m talking about, in beverage industry startups.

The Food Truck Empire quotes Statista in pointing out that the average consumption of soda stands at about 47.4 liters in 2019. That’s a little less than a Big Gulp a week. (Somebody’s drinking my share in that stat – I had a 20 ounce Diet Dr. Pepper a couple of months ago, and it was at least 4 years before that since I had one – though during my first years in college, I think I single-handedly kept Coca Cola in business with my Diet Coke habit!) Coca-Cola was one of the first big beverage companies to step into the bottled water business in 1999 with Dasani. Maybe they saw the exhaustion of the upward trend in soda consumption peaking and moved ahead of the explosion of soda alternatives.

Around this same time, grocery stores started giving more shelf and cooler space to energy drinks, juice-based drinks, along with alcopop, wine coolers and hard seltzers and ciders. This is where I’m talking about creating a demand that wasn’t there previously – just like bottled water.

Alcoholic cider – derived from apples, pears and other nontraditional fruits, along with non-alcoholic cider products have increased in demand. “Alcoholic cider has only recently emerged as a major alcoholic beverage industry; however, the industry’s revenue growth has outpaced that of the Breweries, Wine and Distilleries industries.” But volatility has led to an overall decline.

Demand for low alcoholic beverages is attributed to the increasing prevalence of various diseases, and market demand for healthier options, lifestyle changes, and increasing disposable income. The industry is projected to reach $5.21 Billion by 2026, with an annual growth rate of 2.98%, according to Verified Market Research.

Coffee and Other Energy Drinks

But even coffee itself is not immune from disruptors. The National Coffee Association launched its “Coffee Achievers” campaign in 1984 when “apparently during the early 80s, young people stopped drinking coffee entirely… still coffee had yet to hook the MTV generation!” [Source: Dangerous Minds] Energy drinks were another disruption. Still coffee manages to dominate the caffeinated beverage market.

Every time I walk through an airport and pull out the magazines on the plane, Smirnoff, Bacardi, Hennessy, Jack Daniels, and Johnny Walker are always visible and are tough brands for a startup to take a piece of the market away. Innovation seems to be in competitions and marketing  – creating a perception of premium, rare, exclusive, and luxury, as well as leveraging distribution through experiential product placement in movies and television, and reality television shows, magazine features, and more.

It is estimated that the average American adult consumes 94.38 liters of alcoholic drinks, at an average cost of $748.20 annually. Beer is the most popular alcoholic beverage[Source: Zippia]

Here are a few companies vying to be your next beverage choice.

BeatBox Beverages, known as “The World’s Tastiest Portable Party Punch” was founded in 2012, and rebranded as Future Proof Brands in 2019. In October 2020, the brands had generated over $6.8 million on a trailing 12-month basis. October alone saw more than $1 million in BeatBox Beverages shipped from their warehouse. They were named as the fastest growing single-serve wine product by cases, dollars, and velocities.

BeatBox has found their way to growth, moving from fewer than 100 chain locations, to now over 11,000 accounts with 150 wholesale partners. Circle K, QuickTrips, Krogers, 7-Elevens, and more now have space on their shelves for BeatBox.

You may have heard of Beatbox after they appeared on Shark Tank with Mark Cuban saying, “You guys don’t sell wine. You sell FUN”.

Top investors include Mark Cuban, Rob Dyrdek, and DJs like Party Favor, Louis the Child and G.T.A. along with others. The total amount raised so far is $1.43 million. [Source: WeFunder]

Another brand leveraging the clout of the Shark Tank personalities, AsomBroso is featured on StartEngine – a platform founded by Kevin O’Leary, aka Mr. Wonderful.

AsomBroso’s specialty is ultra-premium tequila. The company, California Tequila, Inc. has historic sales in excess of $20 million. Their products start at $40 per bottle. AsomBroso comes in at $2800 per bottle. [source: Business Mavericks] AsomBroso is led by founder and CEO, Rick Gamarra, who has over 20 years of experience in the tequila industry. The global tequila market is projected to reach 7.746 billion by 2026, from 5.7 billion in 2021.

AsomBroso’s current fundraising target is $12 million with a company valuation of $80 million.

REBBL focuses on the functional beverage market. REBBL stands for Roots, Extracts, Berries, Botanicals, and Love. REBBL is targeting the more health- and eco-conscious consumer with plant-based beverages knocking at the doors to compete with coffee, soft drinks, and dairy.

In February 2011, Dave Batstone, co-founder of REBBL sought to create an innovative and sustainable business solution to human trafficking in Peru. He brought together thought-leaders that included investors, a baseball player, an agronomist, and others. Out of that original meeting, the concept of crafting beverages from native ingredients grown in regions that needed economic empowerment to provide dignified, sustainable livelihoods for those communities and reduce the risk of trafficking and exploitation.

Their products include 4 flavors of “stacked coffee” – or coffee with additional beneficial botanicals including baker’s yeast beta-glucan which is said to support a healthy immune system; 4 flavors of REBBL Pop which has 5 grams of sugar, prebiotics, and other goodies; 4 flavors/formulas of Super-Herb Immunity Drinks, and 2 Gold Label Elixir flavors. While the products retail just above a coffee at Starbucks, the company offers a subscribe and save discount

REBBL’s last round of funding was in May of 2018, bringing their total raised to $34 million, with lead investors including CAVU Venture Partners. [source: Crunchbase] In recent news, the company rolled out two more flavors, and was reported to have reached over $1 Million in donates to their nonprofit partner ‘Not For Sale’ which focuses on ending the exploitation of at-risk people and the planet. [Source: Bezinga]

The word “Ugly” in Ugly Drinks context stands for “The Ugly Truth”. The founders, Hugh Thomas and Joe Benn found a lack of authenticity in other beverage brands. Their product line is marketed as “better for you”; water, plus flavor, plus caffeine, plus carbonation, depending on the product.

The audience for the company’s branding is focused on Millennials who are focused on clean labels and transparent messaging. While the market is crowded, Hugh Thomas says the messaging has been effective at reaching young, digitally native consumers. Ugly drinks also donate one cent from every can sold to its partner, “Girl Up”, a United Nations Foundation charity focused on solving global gender inequality.

According to Crunchbase, the company has raised $3.9 million in two rounds of funding – the most recent of which was June 30, 2021.

Liquid Death is “just water” but marketed with an edge they call “completely unnecessary”. The company’s goal was to make people laugh while getting more of them to drink more water, more often. “Why should unhealthy products be the only brands with ‘permission’ to be loud, fun, and weird. And let’s be honest; almost all marketing and branding is just theater. So we’re going to treat our theater like a movie theater and have more fun with it.” [Source: Liquid Death]

The company isn’t just about water; although the label looks more like a tall-boy beer can. They do sell a lot of water. Their website also offers its equivalent of cat videos, apparel, contests (2021’s contest prize is “Live Nation concert tickets until death”), and even vegan meat. [Source: Liquid Death]

Some companies have succeeded by creating a culture of their own, leveraging causes or cultures (or both) to their advantage. Both BeatBox and Liquid Death have capitalized on FUN to market their products.

What people choose to drink is often determined by who they’re with. It’s a social experience. Some work cultures are all about the Rock Stars; Red Bull or Monster not so much. Some companies have the ever-flowing pot of coffee (or the Keurig pods) and others have at least one pot of Crio Bru in the breakroom.  But other company cultures favor other brands and flavors. If there’s money being spent there’s money being invested. Do your due diligence and raise your glass! 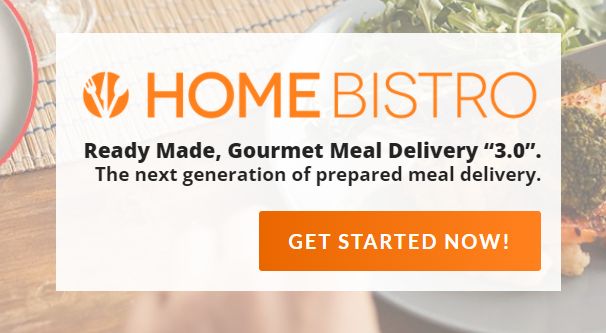 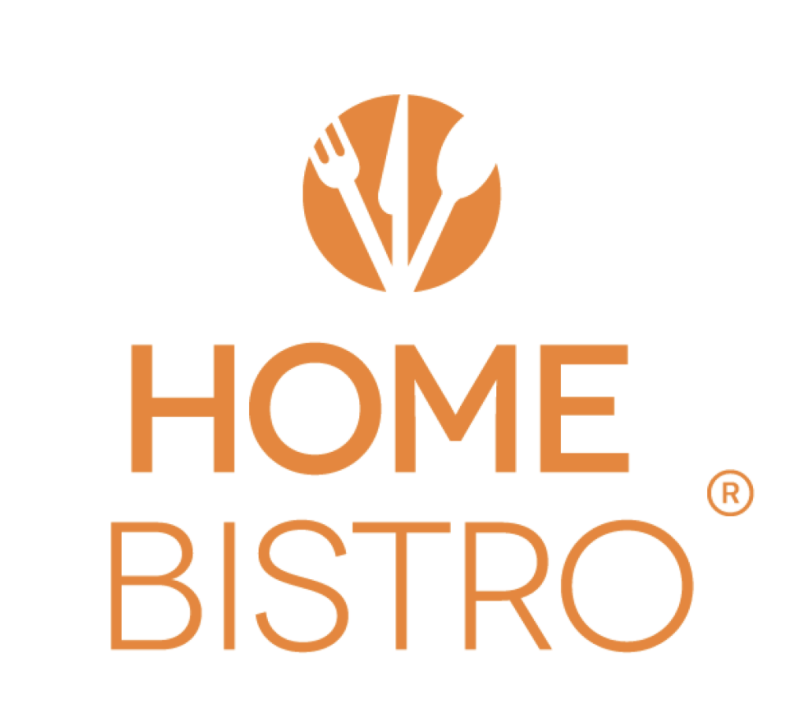