EMA vs SMA: What Is the Difference? 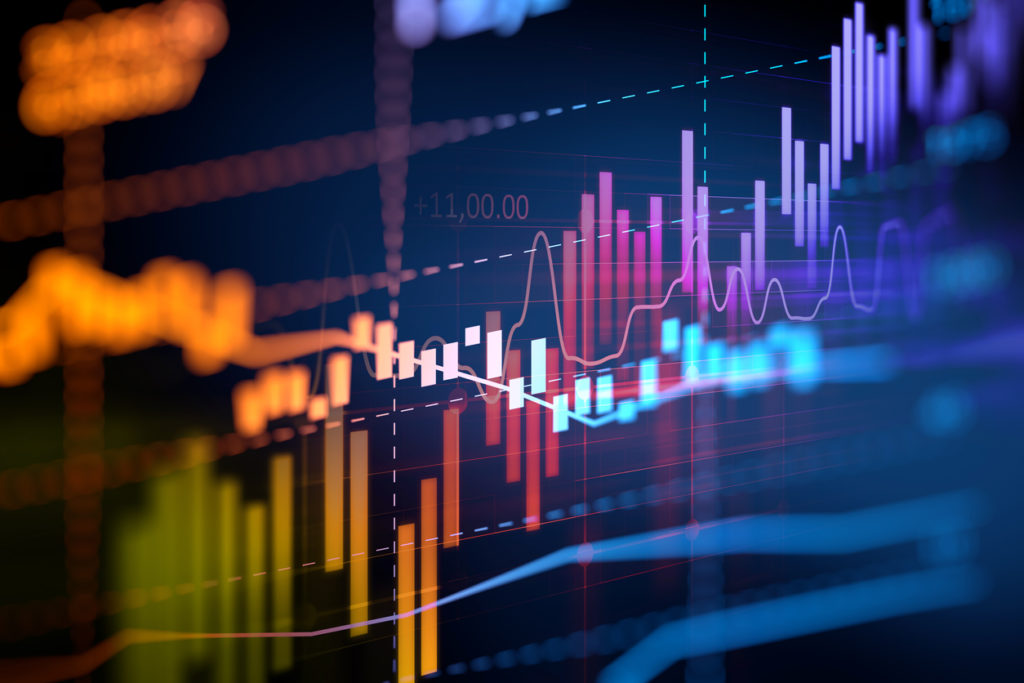 Each moving average looks slightly different when charted, with varying degrees of significance in regards to trading setups. Common similarities and differences include:

It’s important to understand moving essentials as there are many trade situations where a sell or buy signal is confirmed, supported, or triggered by this important technical indicator. In addition, the moving average is the basis for many other technical indicators and is a stock market indicator that can assist in cutting through the chaos of big price fluctuations.

What Are Moving Averages?

While common moving average collection periods are 10, 20, 50, and 200-days, modern charting software allows you to establish the number of days along with intraday periods for calculation. For example, a trader may use a nine-day moving average based on the daily close then compare it with another technical indicator, such as the volume weighted average price, to determine if a specific trade meets their criteria.

There are many types of moving average with the three most common being:

SMA smooths out volatility and makes viewing a security’s price trend easier. When the SMA average points up, it means the price of a security is increasing, while a downward-pointing SMA indicates the security’s price is decreasing. The longer time frame a moving average has, the smoother the SMA will be. While a shorter-term MA is more volatile, it’s reading is closer to source data.

The analytical significance of simple moving averages is that they allow individuals to quickly identify uptrends and downtrends of a security. Comparing two SMAs, each covering different periods of time, is another popular analytical tool, although, it’s a slightly more complex process. When a shorter-term SMA is above a longer-term average, you can usually expect an uptrend, while a long-term average above a shorter-term average usually signals a downtrend.

The death cross and golden cross are two popular trading patterns that utilize SMAs. Death happens when the 50-day SMA crosses below the 200-day MA, this is considered a bearish signal and predicts further losses are likely. The golden cross happens when a short-term MA moves above a long-term MA. When combined with high trading volumes, this can indicate further gains are possible.

The most popularly analyzed or quoted short-term averages are the 12-day and 26-day exponential moving averages. Both are used to create indicators like the percentage price oscillator and the moving average convergence divergence. Likewise, the 50-day and 200-day EMAs are used as long-term trends signals. Once the price of a stock crosses it’s 200-day MA, it’s a technical indicator that a reversal has happened.

When applied correctly, traders who routinely use technical analysis find MAs very insightful and useful, however, when they are misinterpreted or used improperly, they often create havoc. All MAs routinely used in technical analysis are lagging indicators. Consequently, conclusions drawn from applying an MA to a particular market chart should be used to indicate its strength or confirm a market move.

Most often, by the time an MA indicator line makes a change, it reflects a significant move in the market, meaning the optimal point of market entry has passed. To some extent, an EMA helps alleviate this dilemma, as the exponential market average calculation places more weight on the most recent data “hugging” the price action more tightly and reacting more quickly. This is a desirable action when an EMA derives a trading entry signal.

A vigilant trader not only pays attention to the EMA line direction, but also the relationship between the rate change from one bar to the next. For example, if the price action of a solid uptrend starts to flatten and reverse, the exponential moving average change rate from one bar to the next will also begin to diminish until the indicator line completely flattens and there is a zero rate of change.

Due to the lagging effect at this point or a few bars before even, the price action should have already reversed. Therefore, when you observe an EMAs rate of change diminishing, it could also be an indicator that could further address the dilemma created by the lagging effect of MAs.

Exponential moving averages are routinely used together with other indicators as a way to confirm significant market moves and to determine their validity. For individuals who trade fast-moving and intraday markets, the EMA is very applicable. Usually, traders utilize EMAs to determine trading biases. For example, if an EMA shows a strong upward trend on a daily chart, the strategy of an intraday trader may be to only trade from the long side of an intraday chart.

Limitations of SMA and EMA

Differences Between EMA and SMA

Deciding which moving average to use typically depends on the objectives and time horizons of the investor. When carefully looking at an exchange-traded fund chart or stock, many investors use the moving average as an effective tool in navigating an investment strategy. However, investors may notice slight variations between the simple moving average and the exponential moving average.

The SMA is a security’s average price over a set period of time. For example, a 20-day moving average is calculated by adding the closing prices for the last 20-days and then diving that amount by 20. This number is re-calculated as new data becomes available which makes it a “moving average.”

The exponential moving average adds another component to the process by giving more the most current prices more weight in an attempt to more accurately reflect new market data. The difference between the SMA and the EMA is most noticeable when comparing long-term averages.

The 200-day EMA reacts faster to the most current price changes in indexes including the S&P 500 due to its shorter or more responsive lag-time when compared to the SMA. However, the simple moving average is a true indicator for the average price over a specific period of time. Because of this, many technical analysts use the SMA to identify resistance or support levels.

Similarities between EMA and SMA

Simple moving average and exponential moving average are similar in that they both measure stock trends, are interpreted in the same manner, and technical traders commonly use both to smooth out price fluctuations.